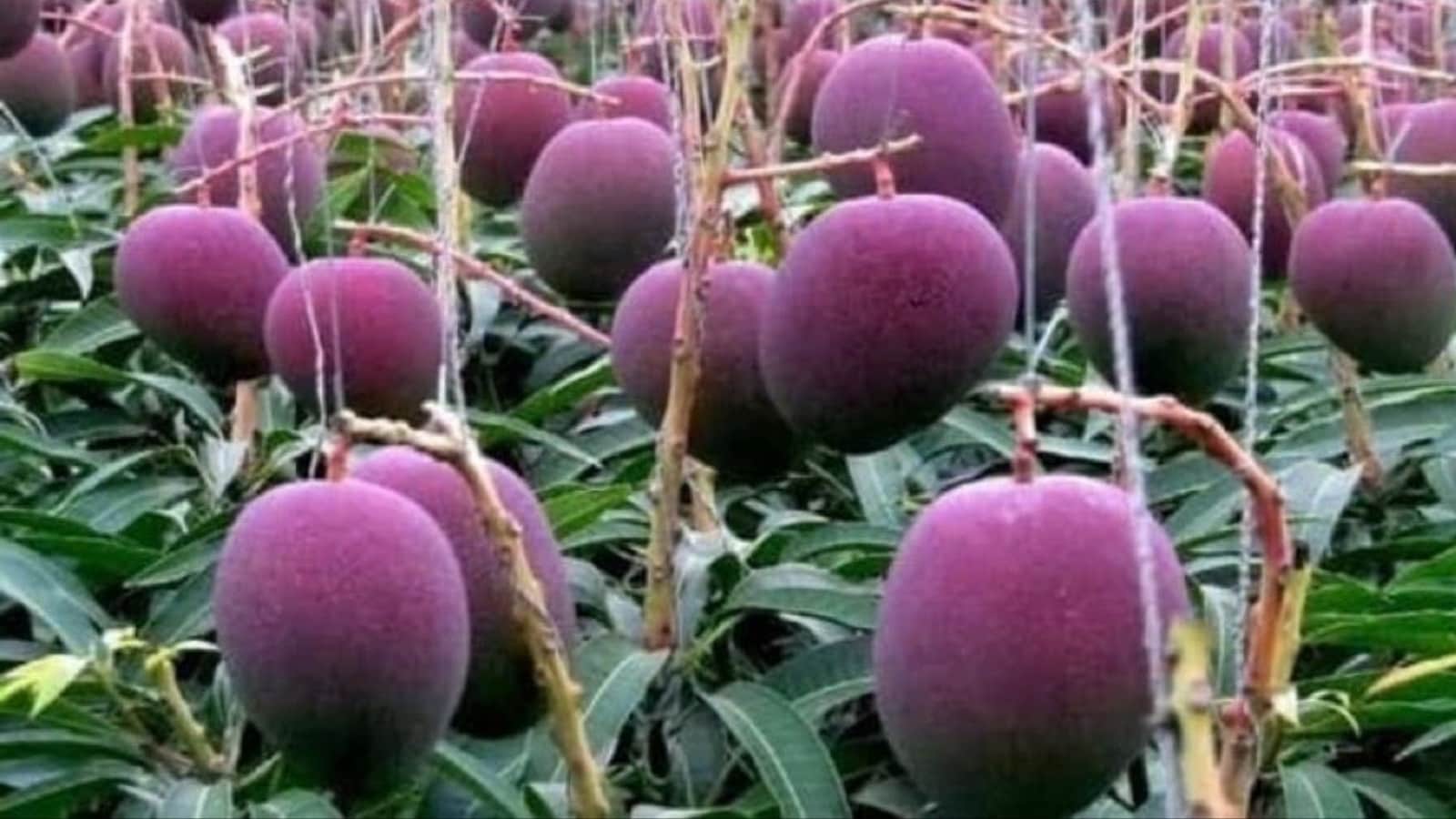 The images of the world’s costliest mango were shared by Harsh Goenka through his official Twitter handle.

Being an avid Twitter user, RPG Enterprises’ Chairman Harsh Goenka often shares intriguing images and videos that resonate with netizens. Just like these images that showcase the ‘world’s costliest mango’ and its security arrangement.

“The unusual ruby-coloured Japanese breed of mango, Miyazaki is said to be the world’s costliest mango, sold at ₹2.7 lakh per kg. Parihar, a farmer in Jabalpur, Madhya Pradesh, has hired three security guards and six dogs to secure the two trees,” tweeted Harsh Goenka along with two images. The first image shows the world’s costliest mango named Miyazaki. The second image shows two security guards and dogs hired by a farmer to secure two trees.

The unusual ruby-coloured Japanese breed of mango, Miyazaki is said to be world’s costliest mango, sold at ₹2.7 lakh per kg. Parihar a farmer in Jabalpur, Madhya Pradesh has hired three security guards and 6 dogs to secure the two trees. pic.twitter.com/DxVWfjMT8F

Since being posted a day ago, the share has amassed over 2,200 likes and more than 300 retweets. It has also prompted people to share varied comments.

“Good initiative, but where is the market for these mangoes in India. Or does he sell through Amazon?” enquired a Twitter user. “Haven’t seen this before. Thanks for sharing,” posted another. “Amazing post, sir! Seeing these beautiful Miyazaki mangoes for the first time. Heard and seen that precious items are kept under tight safety and security today seeing edibles too can be precious that need security. Great sir!” commented a third.

The Miyazaki mangoes are primarily grown in Miyazaki city of Japan, hence the name. The variety is famous for its unusual colour and appearance. The ruby-coloured mangoes are also known as the “Egg of the Sun” (Taiyo-no-Tamago in Japanese).

YouTuber Gaurav Taneja Says Getting Arrested Was A ‘Traumatic Experience’