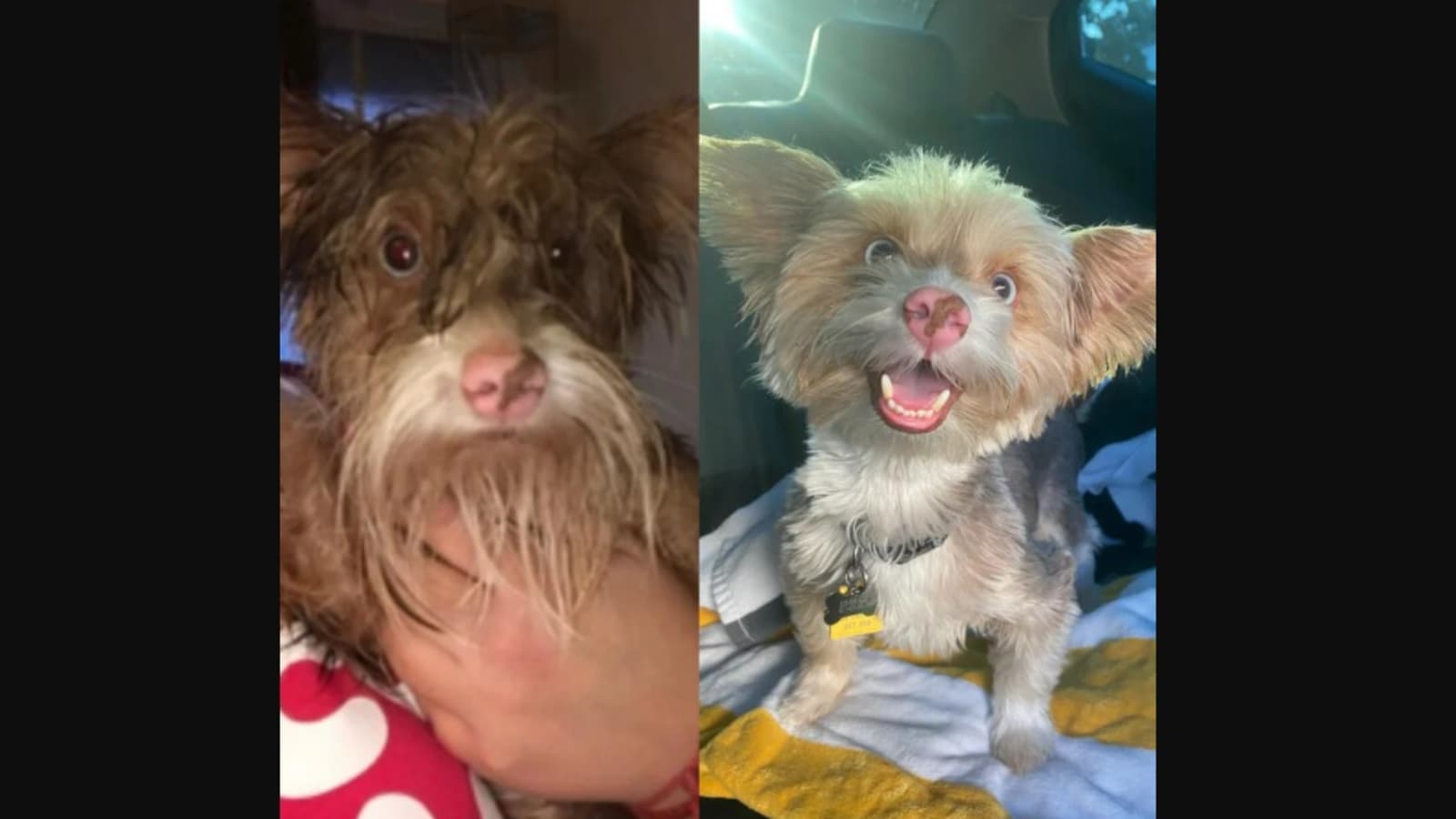 This before and after post shared on Reddit shows how the happy little rescue dog named Fin has had a huge change in his expression since he was rescued.

Rescue animals who get adopted often have an entirely different kind of glimmer of happiness in their eyes that is extremely heartwarming to look at. This set of before and after pics of a rescue dog show exactly that kind of emotion in his eyes. The picture was posted on Reddit.

“This is Fin. Fin is a rescue. The first pic is the night he was found, and the second is from a few months ago. I’d say he got the golden ticket,” reads the caption to this dog photo.

See the before and after pics here:

Since being shared on the subReddit r/aww around a day ago, this post has raked in almost 2,000 upvotes. It has also accumulated various comments.

“Wow, what a transformation, especially his spirit! He looks so broken in the before pic and then in the second pic, he is absolutely overjoyed with happiness. As someone who did animal rescue work and fostering for years, this makes my heart so happy to see,” commented a Redditor. “Thank you for rescuing that sweet baby” posted another. “That smile is absolutely precious,” wrote a third.