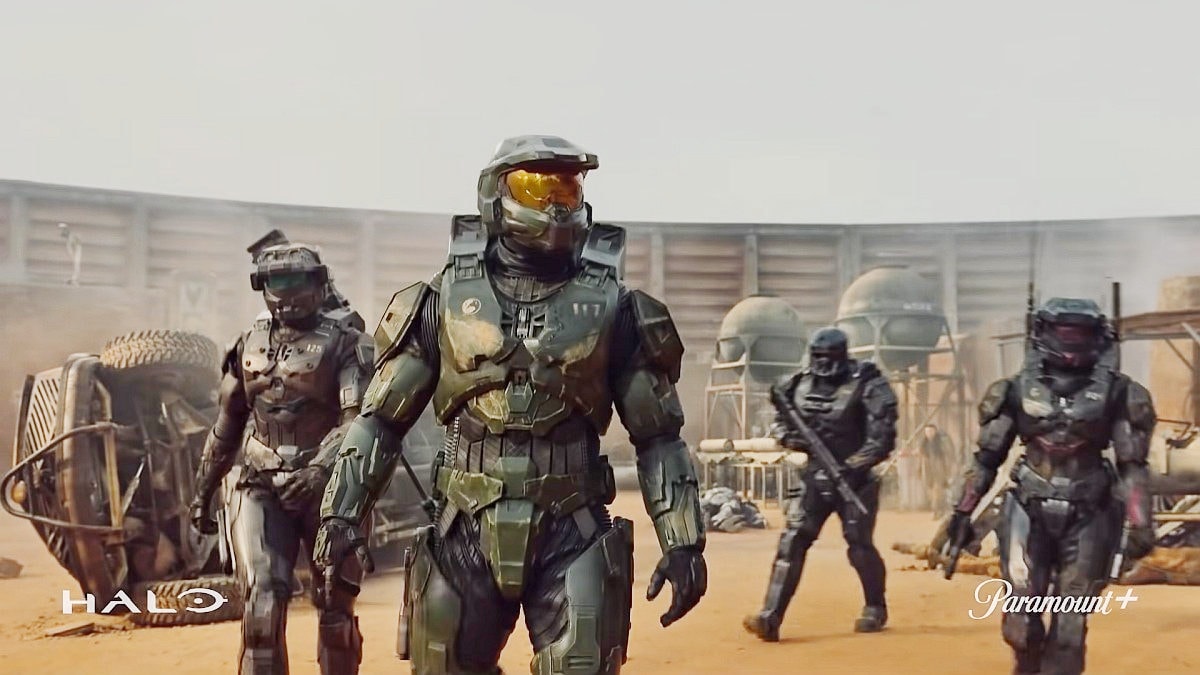 Halo is one of the most popular science-fiction video game franchises of all time and a TV series based on the game is set to debut in March on Voot Select in India. Ahead of the release of the show, US broadcaster Paramount+ has dropped a trailer showing off the live-action TV show that recreates the world of Halo, while giving viewers a good look at the Covenant. Halo is led by Pablo Schreiber (13 Hours, Orange is The New Black), who plays the iconic Master Chief, along with Jen Taylor (Halo 2, Halo 3), Shabana Azmi (Fire, Neerja), and Bokeem Woodbine (Fargo, Spider-Man: Homecoming) among others. The adaptation of the game, which was originally launched in 2001, is scheduled to arrive on March 24.

In a two-minute trailer for Halo released on Monday by Paramount+, viewers are given a proper look at Master Chief’s armour, along with a lot of special effects and action-packed fight scenes. It is also worth noting that the show doesn’t exactly appear to adhere to the game’s story — for example, Master Chief has Spartan ‘Silver Team’ members instead of Blue Team members. While Pablo Schreiber voices Master Chief, Jen Taylor is back as Cortana — she also voiced Cortana in the games.

Another interesting decision by the producers appears to be how the legendary Halo ring is discovered — instead of accidentally discovering it, Master Chief appears to be searching for it in the trailer, while the game also shows a human allied with the Covenant. The trailer shows the Insurrection (the Spartans’ original enemies) but stops short of revealing their connection to the story. Halo was first released as an Xbox title in 2001 and ported to PC and macOS in 2003.

In November, Paramount+ released the first trailer for the upcoming Halo TV series, which takes place before Halo Infinite — while the war with the Covenant is raging on.

The series will feature Dr. Catherine Halsey, played by Natascha McElhone (Solaris, The Truman Show), the war criminal who helped create the super soldiers from the game series. In the latest trailer, we also see Silver Team members Riz-028, Vannak-134, and Kai-125 — played by Natasha Culzac (The Witcher, Cursed), Bentley Kalu (Edge of Tomorrow, Avengers: Age of Ultron), Kate Kennedy (A Midsummer Night’s Dream, Handy) as well as Bokeem Woodbine, who reprises the role of Spartan Soren-066 allied with the Insurrection in the upcoming TV series.

Halo debuts March 24 on Voot Select in India, and Paramount+ in the US. Viacom18 revealed last March that Halo was coming to its Voot OTT platform.

Vihaan Samat: Screen time will never be insufficient if character is strong