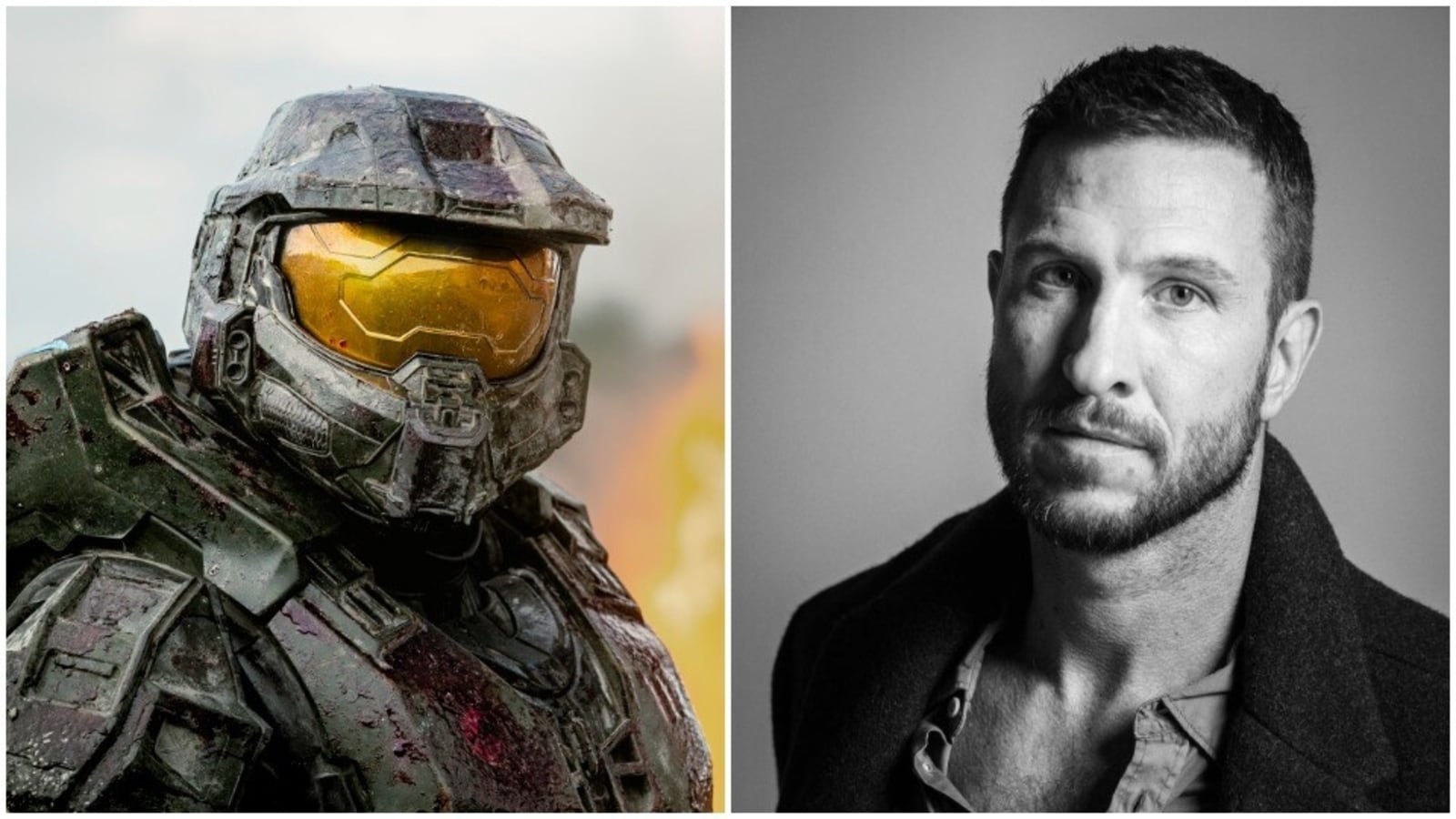 After many years of being stuck in development hell, one of the most beloved video games of all time has finally made its way to a live-action adaptation through a nine-episode series on Paramount+ (streaming in India on Voot Select with episodes dropping weekly from March 24). Set in the 26th century, the sci-fi epic follows the Master Chief, an elite Spartan soldier who is leading the charge in the human race’s ongoing war with the Covenant–a ruthless alien race. For the uninitiated, you don’t need to know much beyond the fact that there is a badass in a cool suit with guns who goes up against hordes of ugly alien invaders. (The Adam Project review: Ryan Reynolds in a comfortable time travel film)

But the iconic game’s journey to its live-action adaptation has been a bumpy one. As with many Hollywood projects on this scale, Halo went through several iterations with everyone from Neill Blomkamp to Guillermo Del Toro to Game Of Thrones’ DB Weiss having been attached to the project over the years. But it’s finally here, in the hands of co-creators Kyle Killen and Steven Kane and star Pablo Shreiber, who plays the iconic Master Chief, with a wider cast that includes Natascha McElhone, Jen Taylor and our very own Shabana Azmi among others.

Over Zoom, star Pablo Shreiber spoke to me about the biggest challenges of bringing this world to life, what Hollywood wants from game adaptations, and the art of helmet acting.

It’s incredibly exciting to finally get the Halo adaptation that we deserve. What was your most surreal moment on set as the Master Chief? Was there a specific “I can’t believe this is actually happening” moment?

I think the one that I remember the most is the first day they brought all four of us Spartans out in costume to show the crew. They’d sort of kept the costumes under wraps for most of the pre-production, so a lot of the crew hadn’t seen them. We were shooting in Budapest and on that day, they lined up the entire crew – which is close to a thousand people on any given day – and some of these people have been working on the show in Budapest for 3-4 years. When they marched us out and I saw all their faces from inside my helmet, I could really feel the excitement of them seeing the costumes for the first time. It was really quite amazing.

There are so many elements to bringing this show to life. There’s the massive legacy of the game, there’s trying to appeal to that audience and bring in a new audience, there’s of course the scale, rich universe and massive action. What would you say was the toughest part about bringing Halo to the screen?

It’s too hard to say what the hardest part is because, as you pointed out, there are so many challenges. When you’re dealing with a universe like this with such an extent of lore and mythology that’s so expansive and imaginative, there are just so many elements to it. Considering it’s deep sci-fi that’s set in the 26th century and all the weapons and tech are future tech, it’s all world-building. Every element of it is world-building and it’s created for a video game which is a very different experience than a TV show. So, adapting all those elements and making sure that we were doing justice to the gaming community, that’s always been the first priority–to get the world right for the fans. And then also bringing a new audience and making sure it’s told in the world of high-end prestige tv. We live in the age of peak TV, there are so many options on so many services that you just want to make sure that whichever story you’re involved in really engages viewers. It all had to be authentic and personal and felt. So, the challenges were many, but it was really magical to attend the SXSW festival in Austin and watch it with an audience made up of Halo fans. By the end of the screening, people were crying and it was a really powerful experience.

Speaking of the costume, for much of the show, it’s you in the suit, behind the helmet. Shows like the Mandalorian have proven that we really can feel for a character whose face we rarely see. So what would you say is the art of great “helmet acting” and making people feel?

I don’t know if there’s a particular secret to helmeted acting, I think it just increases the need for physical specificity. The audience reads so much into everything you do when they don’t have access to your face and they start to bring in much more of their own feelings and interpretations to things. It’s almost a gift because audiences read more into what you do when you’re in the suit and because of that specificity becomes key. Every piece of body language that you use has to mean something and suggest something.

One thing Hollywood seems to have always struggled with over the years is understanding what people want from a game adaptation. Is it doing justice to the world, story and characters or trying to recreate the feeling of a game. What would you say a game adaptation should be?

I don’t have the formula for it, I just know that what’s important is that you have to be decisive in your choices. And there are also a million opinions. That’s one thing I learned early on–there are as many opinions in the Halo community as there are people and so, there’s going to be a lot of dissent and a lot of people who don’t feel you got it right, regardless of what you do. Not being dissuaded by the noise is a big part of it. Take what you can from people’s reactions but also know you have to be decisive and follow your own instincts.

You have to give the audience something personal to latch onto over a long-form tv series. That part was key as well. Adaptations are typically movies and when you only have 90 minutes for storytelling, you’re incredibly limited by the depth of storytelling, so long-form TV is the best place for video game adaptations in my opinion, especially one like Halo which has so much lore and history.

Galaxy S23 Ultra zoom camera might not get an upgrade