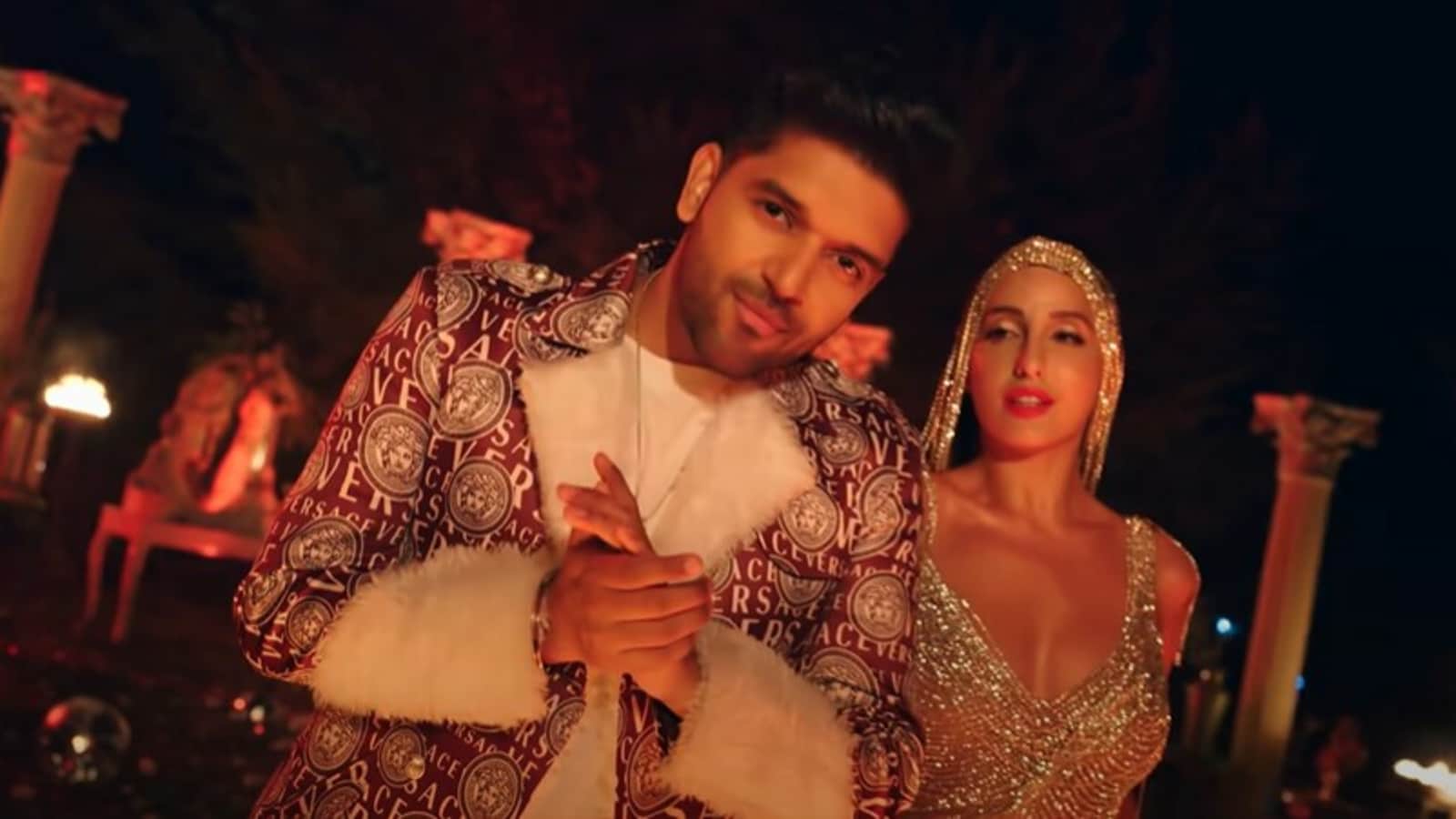 In an ‘uncensored’ video from a recent episode of The Kapil Sharma Show, Guru Randhawa said that Nora Fatehi once addressed him as ‘paaji (older brother)’ after hearing the paparazzi call him that. After he explained the meaning of the word to her, she called him ‘babu’ instead.

Guru talked about how photographers would call him ‘paaji’ and Nora picked it up. “Mereko paaji bola isne, maine kaha main mar gaya aaj. Maine phir usko matlab bataya, keh rahi hai ‘okay, okay, babu’ (She called me ‘paaji’ and I thought it was over for me. I told her what it means and she changed it to ‘babu’),” he said.

Nora said that Guru did not respond to her ‘hi’ when she called him ‘paaji’. She also expressed hurt that Kapil Sharma does not watch her vlogs and called him ‘paaji’ to get back at him. “Maine na yeh wale kaan ka operation karaya hai, idhar aap mereko kuch bhi bol do, mereko kuch nahi sunayi deta (I got a surgery in my right ear, I can’t hear anything you say),” Kapil quipped.

Guru and Nora came on The Kapil Sharma Show earlier this month to promote their music video Dance Meri Rani. During the episode, she poked fun at his dance moves and imitated his signature move – rubbing his palms together. As he complained that she was being ‘mean’, she placated him with a kiss.

Also see: Krushna Abhishek cribs about having to flirt with Guru Randhawa, shocks Nora Fatehi with his confession. Watch

Nora previously appeared in Guru’s music video Naach Meri Rani as well. She recently shared behind-the-scenes footage of the Dance Meri Rani shoot on her YouTube channel. She had to be carried around on a stretcher as she wore a fishtail costume for one of her looks in the music video. She also cried in pain at one point.

Kangana Ranaut consoles Payal Rohatgi on Lock Upp as she breaks down talking about not being able to get pregnant. Watch