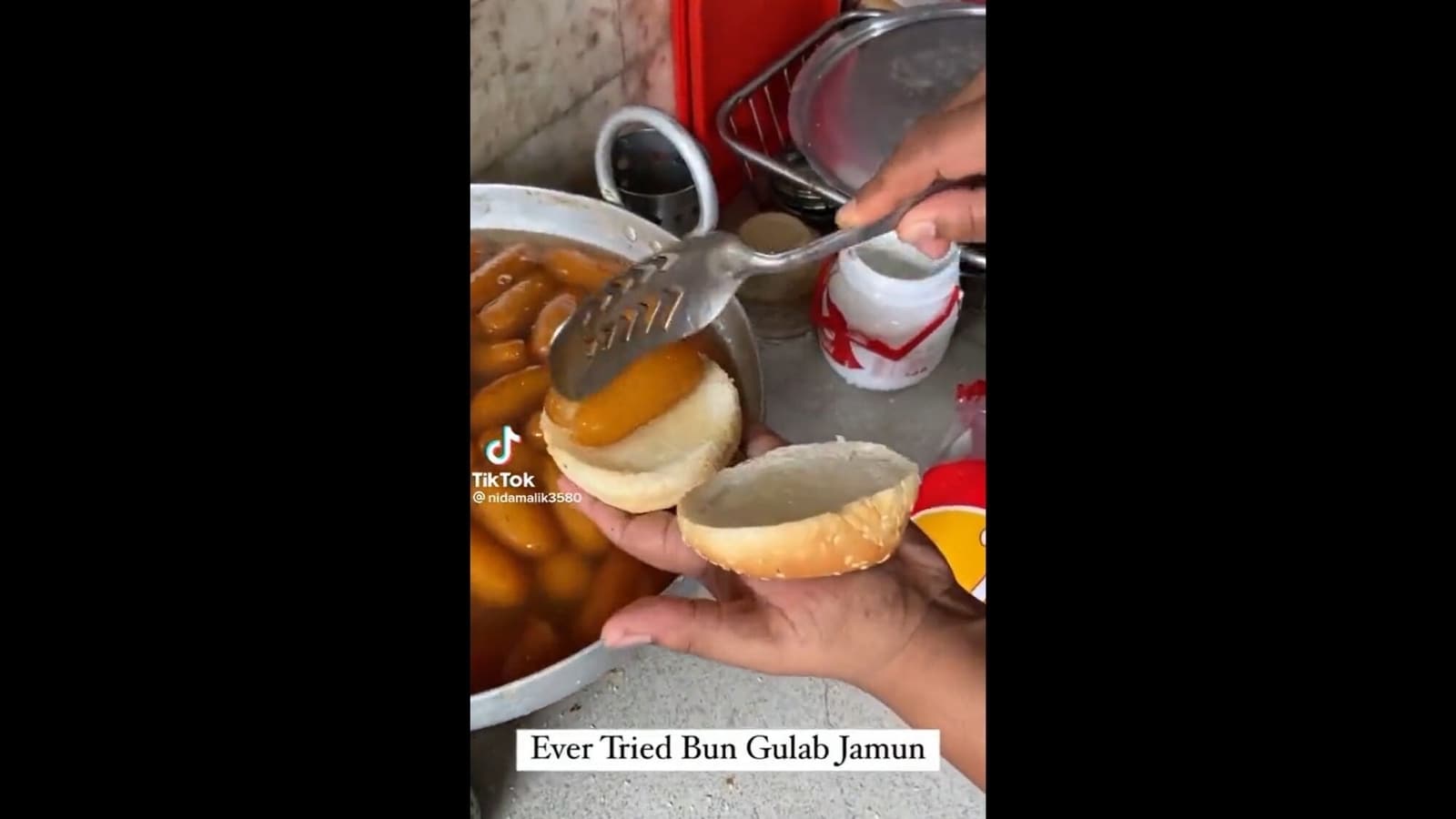 The video was initially posted on TikTok and was recently re-shared on Twitter by a user who goes by Tabeshq. “Presenting Gulab Jamun Burger!” reads the caption of the video shared on Twitter. The video shows an individual adding gulab jamuns and syrup between the buns. They then squish it to remove excess syrup and place it on the cooking pan before cutting it into four pieces. A woman can be seen tasting the weird food combination in the end.

Watch the video that shows the making of the gulab jamun burger right here:

Since being shared on September 19, the video has accumulated over 4.1 lakh views, more than 600 likes, and a flurry of comments. While many expressed their disapproval of the gulab jamun burger, some even liked it and commented the same.

“You are hereby sentenced to 3 life times in prison without the possibility of parole,” commented an individual. “The IPC needs to be amended to make such acts cognizable offences,” joked another. “Gulburger!!” remarked a third.

A Twitter user wrote, “Whatever the name, but it will be like some sweet bun. No harm in trying, I suppose.” “Finally something that will make those cloying lumps of putty palatable,” posted another. “Yummy yum yum,” expressed a third.