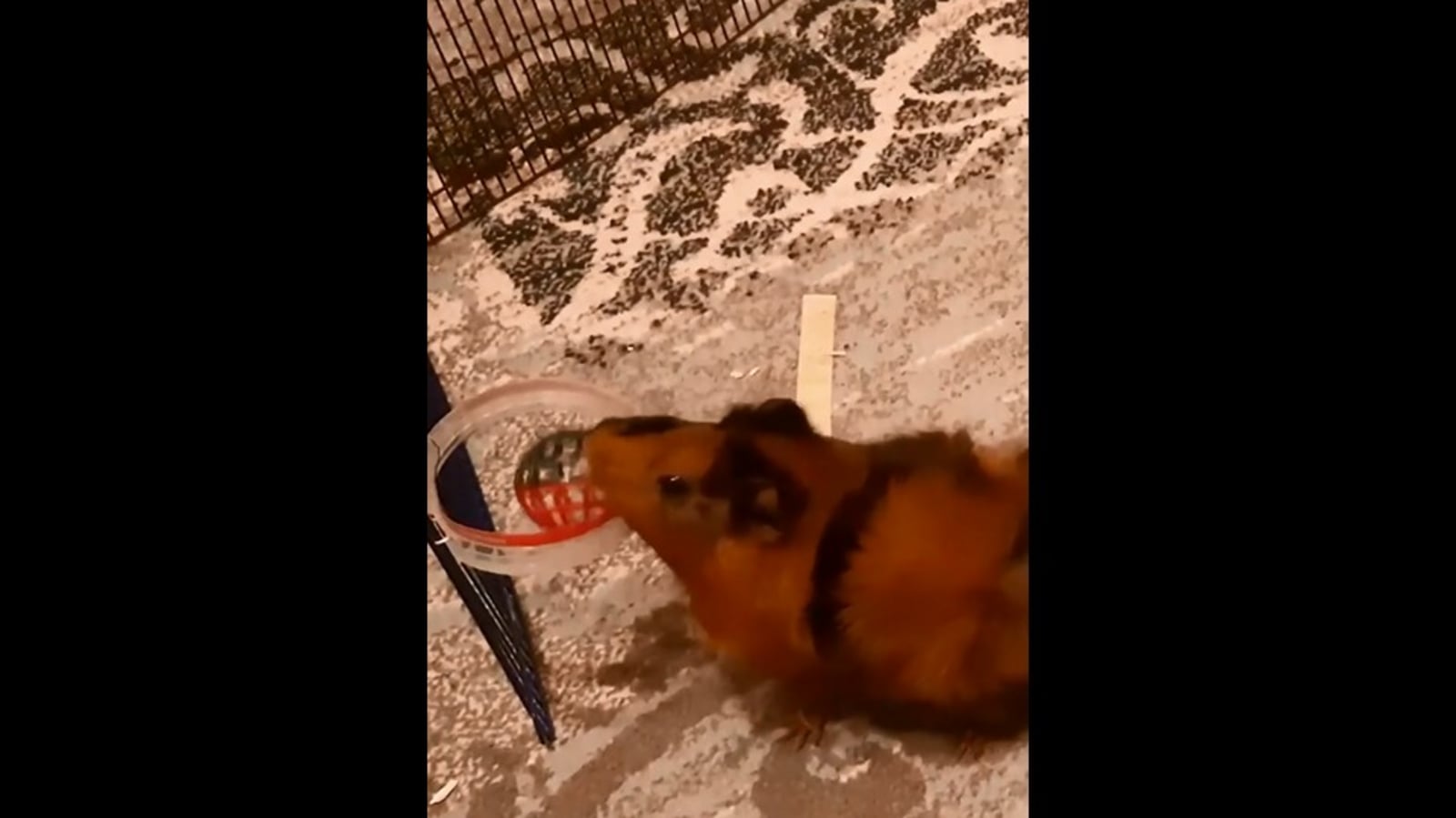 The video of the guinea pig creating a world record for most basketball slam dunks in 30 seconds was posted on Guinness World Records’ Instagram page.

A guinea pig from Hungary has recently bagged a world record for most basketball slam dunks in 30 seconds. The little creature grabbed the title with a total of four slam dunks. A video of her creating the record was recently shared online and now it has created a buzz among people. There is a chance that the clip will leave you amazed too.

Guinness World Records posted the video on their official Instagram page. “Most basketball slam dunks in 30 seconds by a guinea pig – 4, by Molly,” they wrote and posted the video. The clip shows the animal picking up a ball with its mouth and then putting it in a tiny basketball hoop. Soon after scoring a point, it goes back to pick another ball and repeat the process.

The video has been posted a day ago. Since being posted, the clip has accumulated more than two lakh views and the numbers are quickly increasing. The video has also accumulated nearly 8,200 likes and counting. The share has prompted people to post various comments.

“Haha. Nice one,” posted an Instagram user. “Airbud who?” joked another. “Give him a treat!!!” wrote a third.

Molly lives with its human Emma Muller, reports a blog by Guinness World Records (GWR). “‘Molly absolutely loves to play basketball,” says her owner about Molly’s passion for sport and activity,’ they added.

The human too posted a tweet. They thanked GWR and shared a pic of Molly with a certificate. Take a look:

What are your thoughts on the world record and the video?

Netflix’s crackdown on password-sharing in Latin American countries is proving to be a disaster.- Technology News, Firstpost