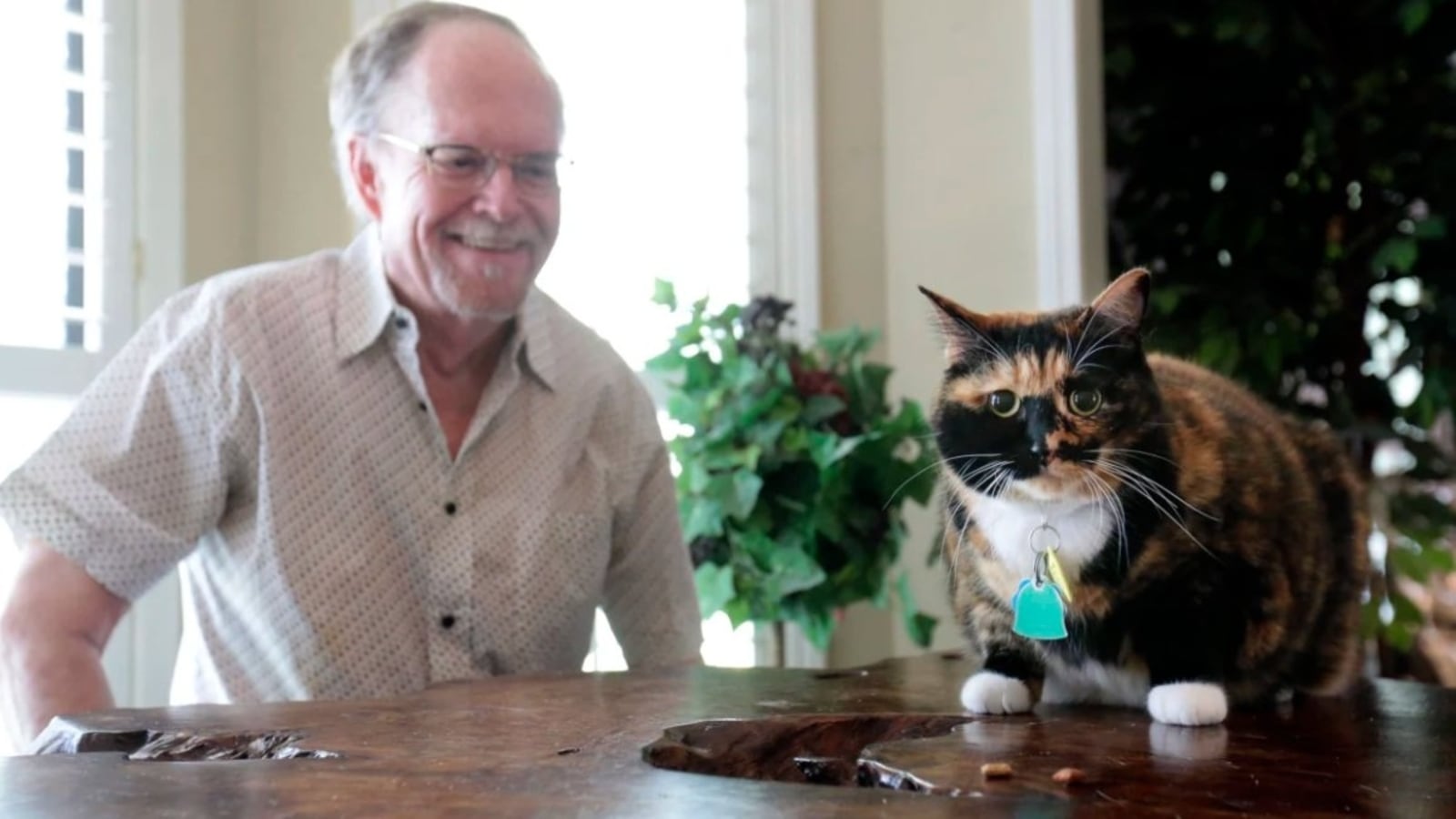 A Mississippi man said his pet cat helped prevent a robbery at his home, and he credits the calico with possibly saving his life.

Bandit, a 20-pound (9.1-kilogram) cat, lives with her retired owner Fred Everitt in the Tupelo suburb of Belden. When at least two people tried to break into their shared home last week, the cat did everything she could to alert Everitt of the danger, he told the Northeast Mississippi Daily Journal.

The attempted robbery occurred sometime between 2:30 and 3 a.m. on July 25, Everitt said. He was first awoken by Bandit’s meows in the kitchen. Then, she raced into the bedroom, jumped onto the bed and began pulling the comforter off of him and clawing at his arms. Everitt knew something was wrong.

“She had never done that before,” Everitt said. “I went, ‘What in the world is wrong with you?’”

Everitt got up to investigate and saw two young men outside his back door. One had a handgun, and the other was using a crowbar to try and pry the door open, he said.

Everitt said by the time he retrieved a handgun and returned to the kitchen, the would-be intruders had already fled. Everitt told the newspaper that he did not call the police.

He said the situation could have been different without Bandit.

“It did not turn into a confrontational situation, thank goodness,” Everitt said. “But I think it’s only because of the cat.”

Can you guess what this pic taken from about 1.4 million miles away shows?