In a massive leak that has shaken up Rockstar Games, Take-Two Interactive, the primary investors and the holding company that owns Rockstar Games and the gaming industry, about 90 videos showing early gameplay footage of the upcoming open-world RPG Grand Theft Auto: 6 surfaced on YouTube and a number of different social media platforms.

Grand Theft Auto: 6 or GTA 6 is poised to be the successor of GTA V, one of the biggest hits of the Grand Theft Auto franchise. GTA V was first launched in 2013, and since then, has become the second best-selling game of all time, and has made over $6 billion in revenue.

GTA 6, which is at least two years away from a launch is expected to be bigger and better than GTA V in every manner. Rockstar Games was confident that it would be the biggest hit of the GTA franchise. Naturally, any leaks have the potential of hampering the launch of the game and putting a dent in the business that the new game would have generated.

A user with the username “teapotuberhacker” uploaded about 90 videos or 3GB worth of data on the GTA Forums, that showed early footage of the gameplay. Although it is not clear as to how exactly the footage was obtained. However, Rockstar Games are worried that hackers may soon leak more data, including GTA V and GTA 6 source code, assets, and testing builds.

The leaked clips that are circulating online confirm a lot of the rumours that had surfaced over the years. For example, the leaked video confirms that one of the playable characters is a female character named Lucia. The leaks also confirm that a part of the game is set in Miami as a homage to 2002’s GTA: Vice City. The leaks also confirm that the NPCs or non-player characters interact in a much better manner, almost to the level they did in Red Dead Redemption. 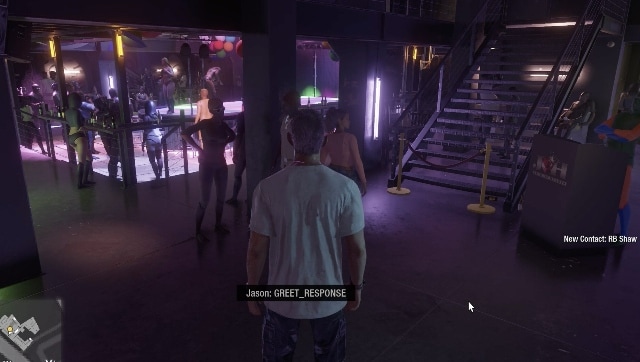 Rockstar and Take-Two are known for being litigious and in this case rightfully so. GTA 6 has been in development for years now, although, Rockstar only acknowledged that they were working on it in February of this year. It shouldn’t come as a surprise if Rockstar has already pumped hundreds of millions of dollars into the development of the new game.

A leak such as this one, and a potential leak like the one Rockstar fears, where a hacker released the source code or the game itself prematurely, would create a massive dent in the business for Rockstar, and can potentially kill off one of the most iconic franchises in the gaming industry.

Given that the video game industry is actually worth much more than most film industries across the world, and that it employs more people than films, game developers and publishing studios are naturally worried. Although leaks are a part and parcel of the industry, a leak of this scale is very unusual.

Rockstar and Take-Two are currently in damage control mode. Officially, they haven’t released a statement commenting on the leak and what their plans are for the future of the game and if they will be making any changes. What they are occupied with right now, is to get the leaked clips taken down by various social media sites, and to stop the clips from being circulated, which is easier said than done.

Reliance JioPhone Next 5G’s specifications and price of leaked, likely to be priced between Rs 8,000-12,000- Technology News, Firstpost