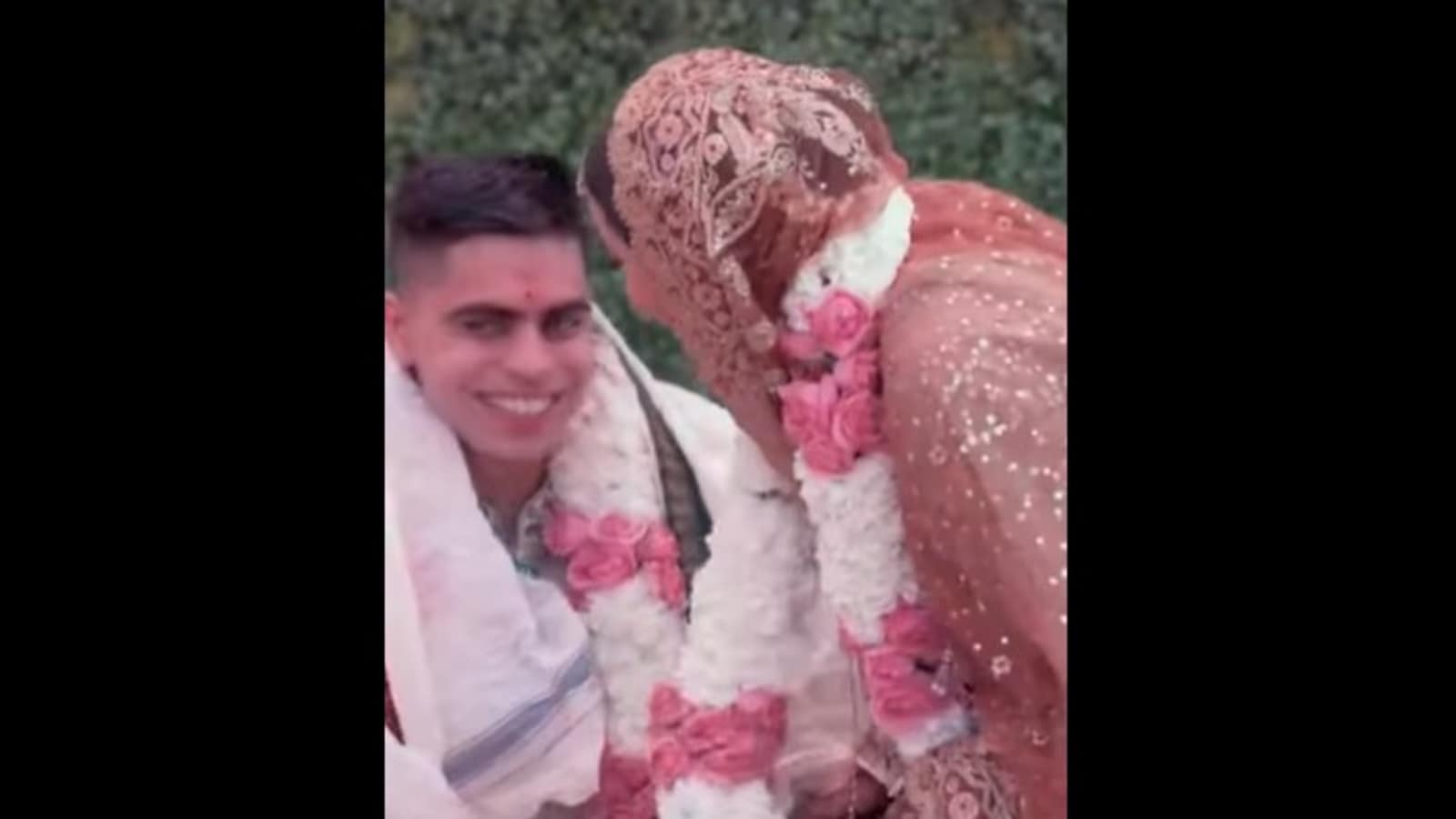 Women frequently touch their husbands’ feet in Hindu marriages as a sign of respect. While it is perfectly acceptable to love and respect your spouse, many people may find themselves questioning, why should this gesture be one-sided? And a couple has recently come up with a solution to this as the groom bends over to touch the bride’s feet in an Instagram video.

“A core memory,” reads the text inserted in the video. It shows the bride and the groom sharing a happy hug after he touches her feet. “Our pandit didn’t like this at all. But by the end of the ceremony, he whispered to me: “You are one very lucky girl.” Marry your equal in every sense of the word!” reads its caption.

The video was shared on the Instagram page of a blogger named Diti Goradia Roy. She has over 20,000 followers on her page and is based in New Jersey and New York City. She is a banking analyst who also blogs about lifestyle and fashion on Instagram.

Take a look at the video right here.

Since it was posted on June 17, the video has received 3.48 lakh likes and the numbers only keep going up.

“Love this so much,” posted an Instagram user. “Aww that is the most adorable thing I saw on the internet today…. like I was going through something upsetting but after seeing this my mood was lit. God bless you girl, you have found yourself a gem,” wrote another. “He is raised right,” commented a third.

What do you think of this gesture on the groom’s part?

Siddharth on non-Hindi speaking characters in films: ‘There’s a habit of making them caricatures’