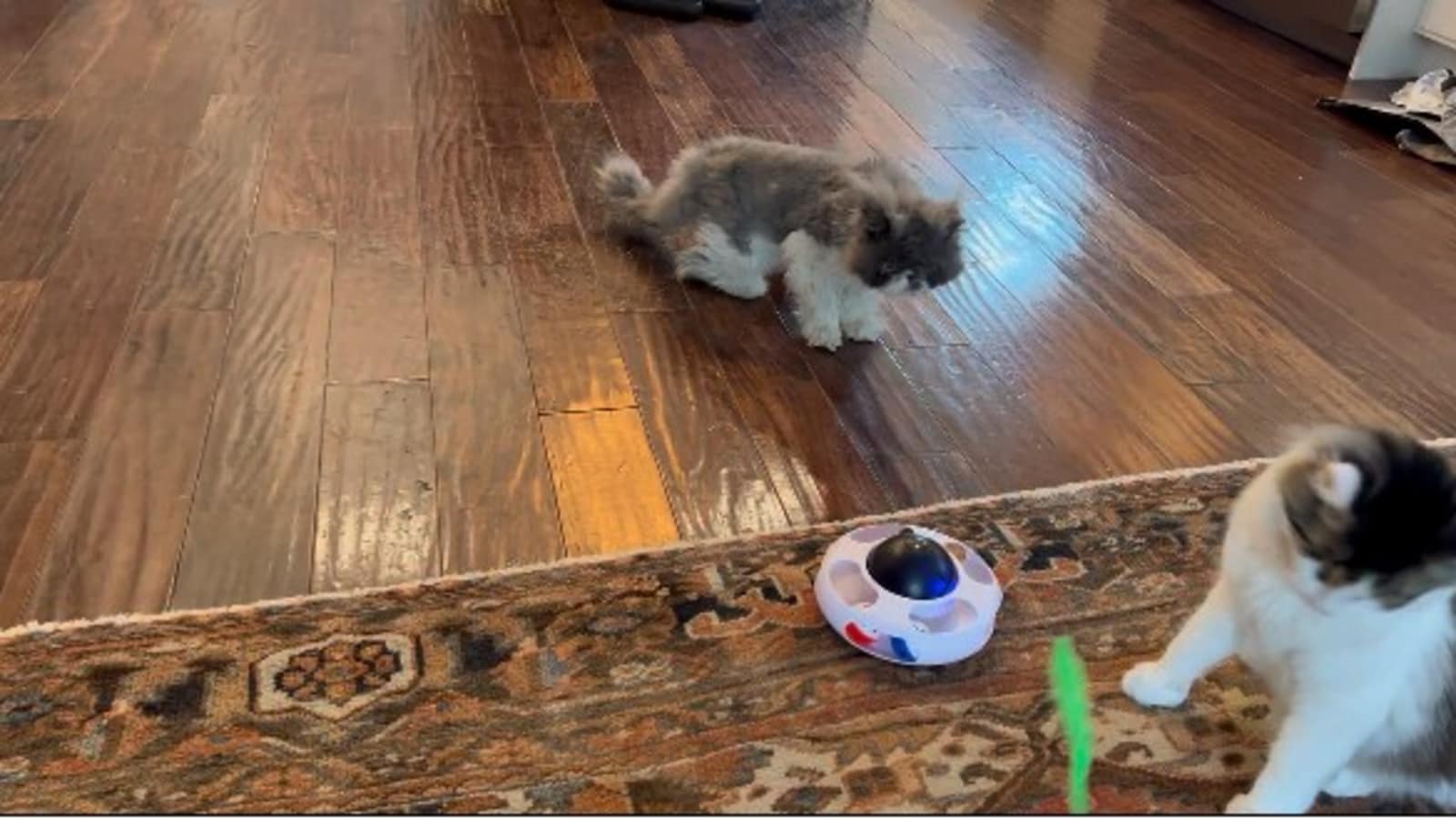 The wholesome video of the ‘grandpa’ cat playing with a toy was posted on Reddit.

A video of an elderly cat playing with his new toy is winning people’s hearts on Reddit. The fact that the kitty is playing for the first time in two years has left people emotional. There is a possibility that the video will have the same effect on you too.

The video is shared on Reddit with a descriptive caption. “Meet Hemingway, my scraggly 16 year old grandpa cat. I got a new toy for all my cats last week and for the first time in two years, Hemingway played. He’s played a little every day. And I think my heart is full now,” reads the caption.

The video opens to show two cats sitting on the floor. The elderly cat is seen sitting with a toy hanging in front of him. Throughout the video, the kitty named Hemingway keeps on playing with the toy as the other cat looks on.

The video has been posted about 21 hours ago. Since being shared, the clip has accumulated more than 14,000 upvotes and the numbers are only increasing. The share has prompted people to post various comments. A few also replied that the video left them emotional.

“I love finding a toy an older cat actually likes,” posted a Reddit user. They received a reply from the original poster who shared, “OMG ITS THE BEST! I was sooooo excited. There are about 30 more pics and videos of this moment. I’m THAT pet mom.” Another person expressed, “Adorbs. Almost like the other kitty is showing respect by not trying to take over playing with the toy too.” The OP replied, “He really is. Hemingway was my first cat ever. I adopted both of them in 2020. The other cats name is Peep and he came to me as a teeny kitten, so he learned everything from Hemy (who was 14 at the time I got him)! He shows Hemingway respect and love all the time. It’s almost too cute to handle.”