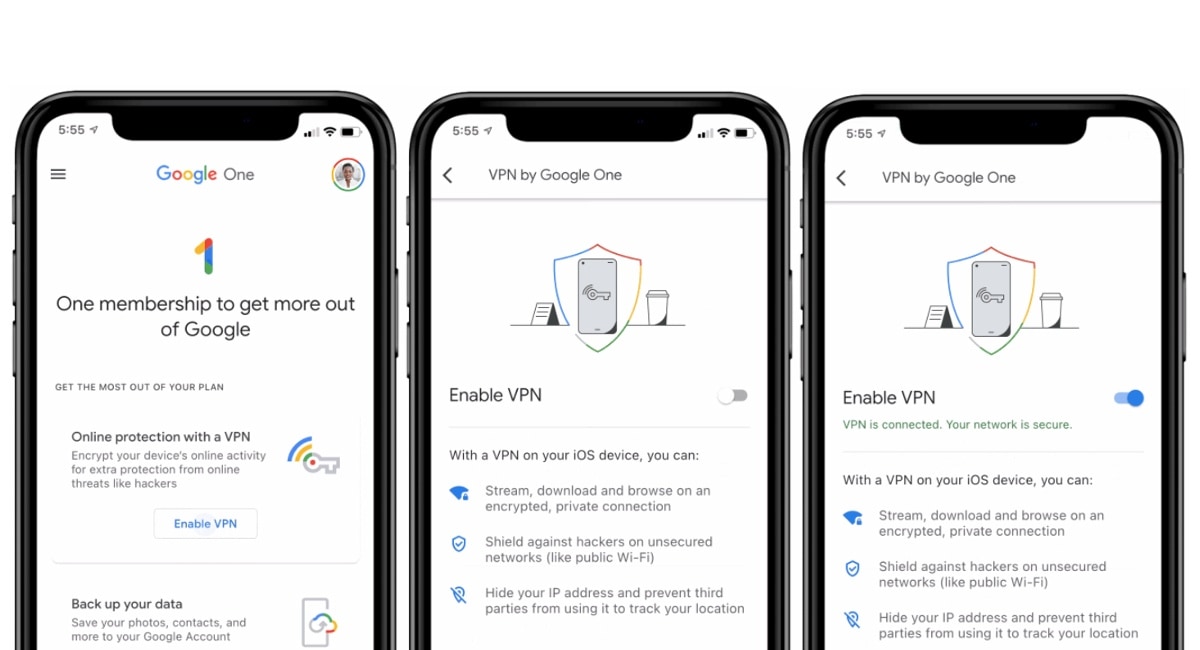 Google One has started rolling out its virtual private network (VPN) service for iOS users. The update comes over a year after the subscription-based cloud storage service introduced its VPN service for Android users. Just like its presence on Android, iOS users need to opt for a Google One Premium plan that has 2TB or higher storage to get VPN access. Users can share their VPN as well as cloud storage with up to five members, irrespective of whether the members are using an Android device or an iPhone.

Announcing the update, Google One Vice President Larissa Fontaine said in a blog post that its VPN is now accessible through iOS devices to let more users be able to get safe Internet connectivity.

It is important to note that the VPN by Google One is currently limited to 18 countries globally, including the US, UK, and Canada. India is not a part of the countries where the feature is available. Google is, however, set to expand it to more countries over time. It also recently expanded to 10 additional countries, namely Austria, Belgium, Denmark, Finland, Iceland, Ireland, the Netherlands, Norway, Sweden and Switzerland.

The VPN feature was initially launched in the US on Android in October last year. It is accessible once you select 2TB or a higher plan.

In addition to its debut on iOS, VPN by Google One introduced three new features on Android. The first one is called Safe Disconnect that allows users to only access the Internet when the VPN is activated. There is also an App Bypass feature that allows specific apps to use a standard connection instead of using the VPN. The last new feature is Snooze that enables users to temporarily turn off the VPN.

“We’ll keep adding more security features and benefits to our Premium plans, so you know your data is safe,” said Fontaine.

The VPN offered on Google One is certified by the Internet of Secure Things Alliance (ioXt). It is also touted to have passed all eight of ioXt’s security principles. Further, Google claims that its client libraries are open sourced, and end-to-end systems have been independently audited.


Jagmeet Singh writes about consumer technology for Gadgets 360, out of New Delhi. Jagmeet is a senior reporter for Gadgets 360, and has frequently written about apps, computer security, Internet services, and telecom developments. Jagmeet is available on Twitter at @JagmeetS13 or Email at jagmeets@ndtv.com. Please send in your leads and tips.
More