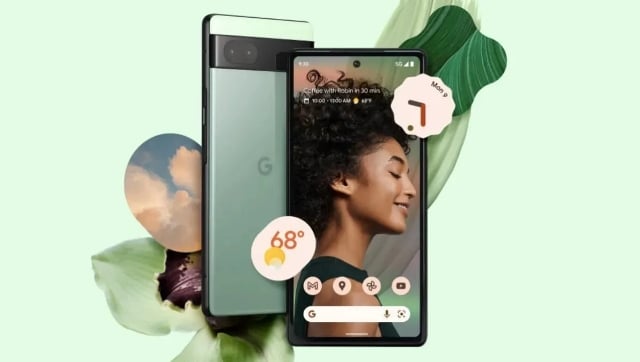 Google has officially launched its Pixel 6a device in India. The tech giant had announced at its I/O developer’s conference back in May that a premium mid-ranger device would be made available in a host of countries in Asia, and would pack some noteworthy features from Google’s existing lineup of flagships, the Pixel 6 lineup.

Although the device is yet to go on sale in most regions, potential customers in India can pre-order their devices from Flipkart. The device will be available to its customer, starting 28 July.

People who would opt for the pre-booked or the pro-orders will be able to get their hands on the device for Rs 39,999. Otherwise, the device has been priced at Rs 43,999. However, even then, potential customers with an Axis bank card can avail an instant discount of Rs 4,000.

The device features a 6.1-inch FHD+ AMOLED display that refreshes at 60Hz, Google’s Titan M2 Tensor or the GS101 SoC, 6GB of RAM, 128GB of storage, and a 4,306mAh battery with 18W wired charging support. The GS101 SoC is the same chipset found in the flagship Pixel 6 series.

On the camera front, the device packs a 12.2MP primary camera, a 12MP ultra-wide camera, and an 8MP selfie shooter. Other noteworthy features include Wi-Fi 6E, Bluetooth 5.2, an in-display fingerprint scanner, and a pair of stereo speakers.

As for the software, the Pixel 6a runs Android 12 out of the box with a host of Pixel-exclusive features, like Magic Eraser, Real Tone, and Face Unblur.

Along with the Pixel 6a, Google has also launched its premium or “Pro” version of their TWS earbuds, the Pixel Buds Pro, in India. The earbuds will also go on sale via Flipkart on July 28 and will be priced at of ₹19,999. The Pixel Buds Pro features Active Noise Cancellation with Silent Seal for adapting to unique ear shapes, and the earbuds fit in all sorts of ear canals to maximise isolation.

Pixel Buds Pro features a transparency mode for outdoor activities, like running or crossing streets. Supporting wireless charging, the Pixel Buds Pro offer up to 11 hours of listening time or up to 7 hours with Active Noise Cancellation turned on.

HP laptop sale: Save up to $530 on convertible laptops