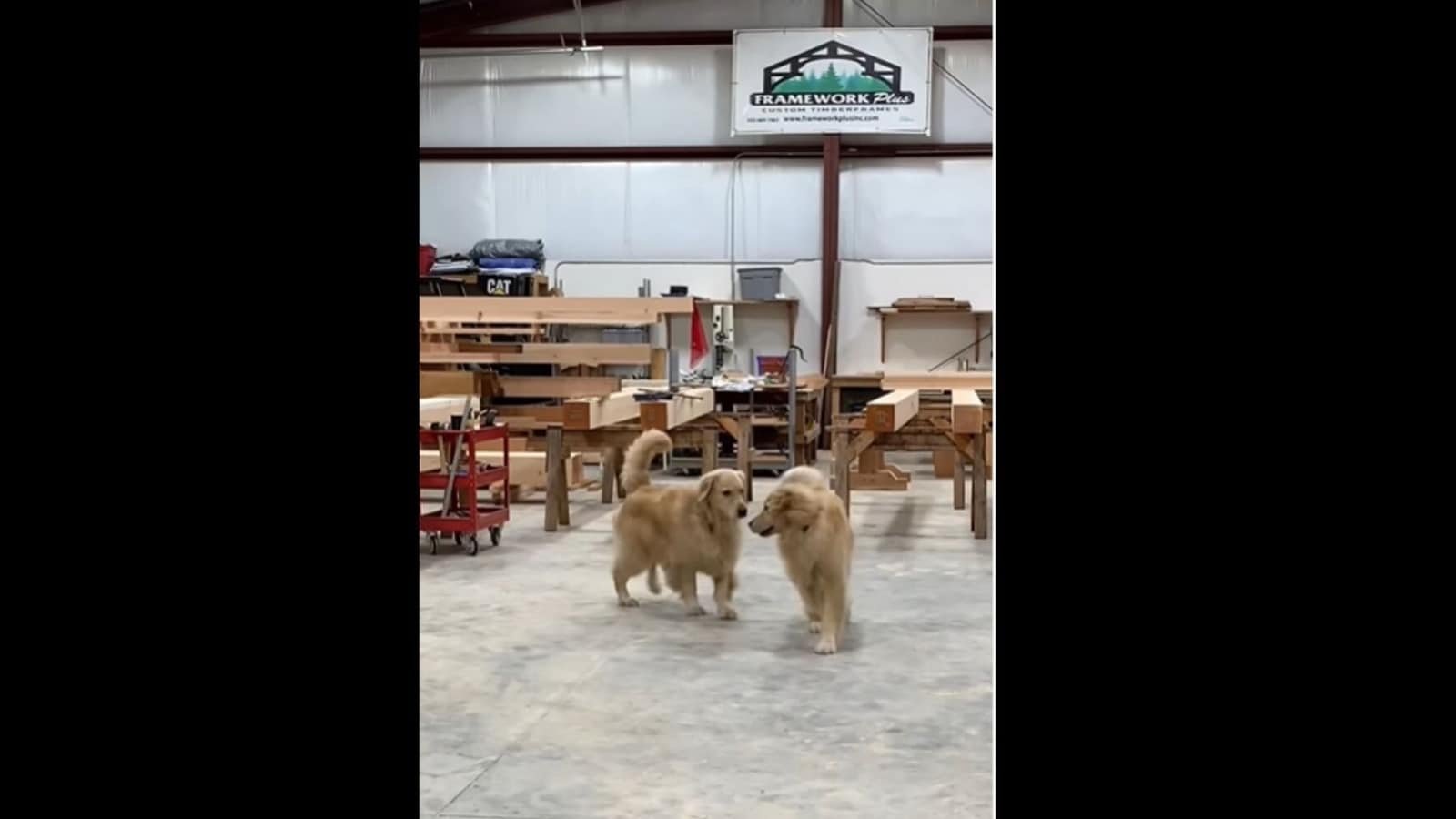 When a person gets their first dog, they often go to a pet shop or a breeder and choose their puppy from a litter. It makes them wonder if their puppy would remember their littermates after they grow up. This video posted on Instagram shows the scenario when two dogs who belonged to the same litter met after many years and it’s just heart-warming to watch.

The video was posted on the Instagram page scoutgoldenretriever that belongs to a golden retriever named Scout. The dog’s human explained in the caption how once at the beach, a couple approached them and said how much their dog Timber looked like Scout. They followed the dog’s account on Instagram and realised that the dogs were siblings as they shared the same birthday. So, they decided to have a reunion. On meeting his sibling, Scout and Timber are seen sniffing each other and then run off together to play.

“Do you believe dogs know their siblings, even after they’ve been separated? I remember the day we went to pick out our puppy. The breeder brought over three of the fluffiest puppies I’ve ever seen! How does one decide? To be completely honest, I’d love to have taken all of them home with me! As the years passed, I often wondered about Scout’s littermates that I didn’t bring home. Fast forward a few years…we’re walking on the beach and a lovely couple walked over and asked if they could say hello to Scout! They gushed over him and said how much he looked like their dog, Timber (who was at home). We had a lovely chat and off they went. Turns out that they started following Scout on here and when we posted his birthday celebration, they realised that Timber and Scout were born on the same day! They were in fact, long-lost littermates! I’m grateful that they’re such kind people and guess what?! We were invited over for a reunion! I’m pretty sure they remembered one another. What do you think? Has your dog reunited with any of their siblings?” says a detailed caption of the video.

Since being posted on June 20, the video has received more than 1.84 lakh views. It also received several comments from dog accounts.

“Science says they don’t but I don’t agree! Hoomans under estimate the power of a dog’s nose and how much info they can get from just scent. I’m convinced they know!” commented a dog account. “We tried a first birthday reunion but the boys did not play well together,” posted another. “Aww, this was so sweet and what a small world that you happened to stumble upon each other like that. I’ve never found any of Marley’s littermates, but I do believe that they remember each other,” said a third. Another individual wrote, “I’m convinced they know. The way they run side by side like “remember when we did this when we were little?” I think they recognise each other. Dogs’ noses are very perceptive.”