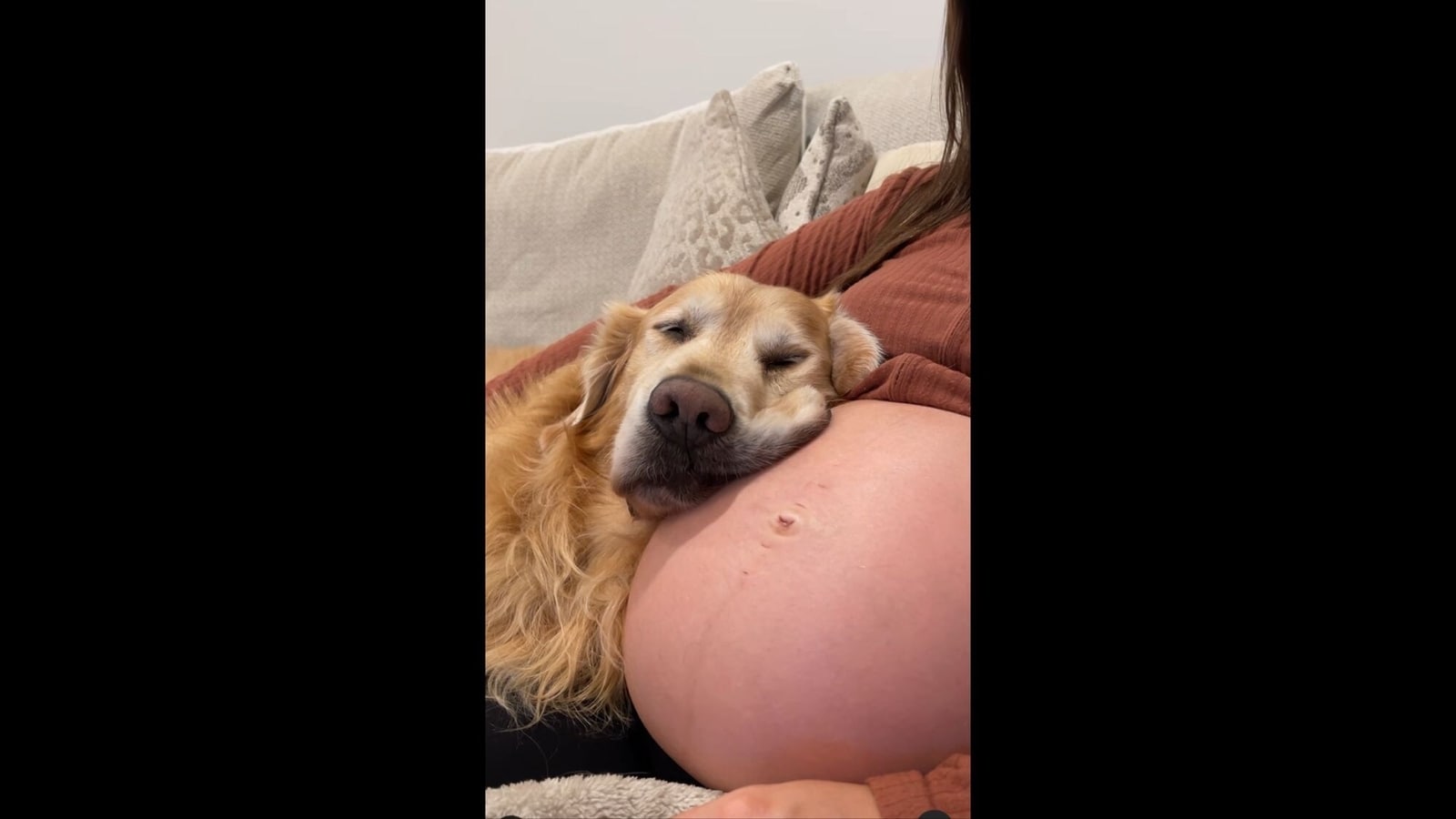 The video that shows a Golden Retriever dog named Riley taking naps on his pet mom’s baby bump was shared on Instagram.

Dogs show love and affection to their pet parents through their body language and actions. For instance, they hug pet parents, lean on them, curl up next to them and kiss them. Just like this Golden Retriever dog that shows his love to his pet mom in the sweetest way possible. The cute video is bound to tug at your heartstrings, and you may even watch it on loop.

A page named Riley the Golden Retriever shared the video on Instagram. And as the name of the Insta page suggests, it is dedicated to Riley, a Golden Retriever dog. “One of his favorite nap spots,” reads the caption accompanying the video with emoticons and several hashtags.

The video opens with a text insert that reads, “Places my dog takes a nap Pt 2. Baby Bump Edition.” The video, a montage of different clips, shows the Golden Retriever dog named Riley enjoying naps on his pet mom’s baby bump. The video is too good to miss out on and may make you say aww.

Watch the cute dog video below:

Since being shared a few days ago, the video has garnered more than 76,600 views and over 7,600 likes. The heartwarming dog video has also gained several comments.

“Aw this is so precious,” read a comment from an Instagram page dedicated to a Golden Retriever named Sunday. Another Insta page named Keoni the Golden wrote, “I bet he was the first one to feel the baby kick.” “Heckin precious,” shared a third dedicated to half-husky brothers Champ and Tyson.

“My son kicked like crazy when our cocker laid on my belly!” shared an individual. “His bf is coming soon,” wrote another with a heart emoticon. “Awww. Probably listening to the hearbeat,” posted a third.

Kid falls down from bicycle, instantly gets up and starts dancing. Video wins hearts