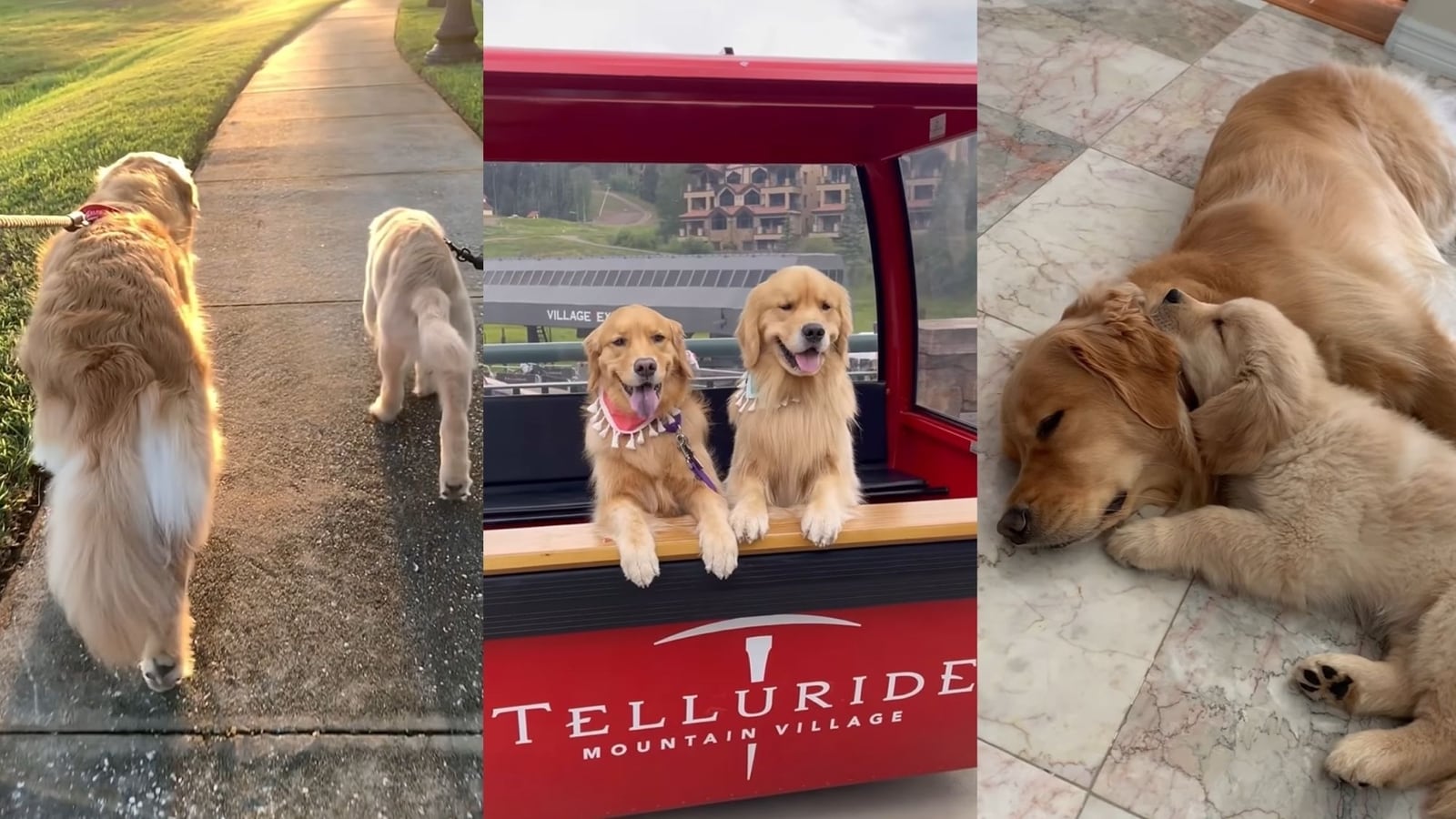 The video that shows two Golden Retriever dogs, Xena and Finn, was recently posted on Instagram.

Almost everyone has a best friend, and almost everyone is someone’s bestie. They are the people with whom we have shared our most intimate secrets, laughed the loudest, and enjoyed the fullest. And just like humans, dogs too have best friends. Case in point, this adorable video that shows two Golden Retriever dogs. “Life only got better,” reads the caption accompanying the video.

The video has been shared by an Insta page dedicated to two Golden Retriever dogs, Xena and Finn. The video opens with a text insert saying, “Xena’s life as an only child. ” It then shows the Golden Retriever named Xena ticking away the time alone. As the video progresses, the dog gets introduced by its human to a puppy. The big doggo sniffs the puppy, and they have since been inseparable. A text insert now reads, “Until everything changed for the better.”

Watch the video that showcases the bond between two Golden Retriever dogs below:

Since being shared a few days ago, the video has received immense love online. It has gained over 1.3 lakh views and amassed more than 15,000 likes. People also posted several comments.

An Insta page dedicated to a Golden Retriever doggo named Sterling Newton posted, “Do you want another brother?” “Best frens forever!” wrote another doggo page named Charlie The Golden on Instagram. “Watching you both has always been my favorite!!” expressed the third page on Instagram dedicated to a Golden Retriever dog named Odin Falkor. An individual expressed her feelings after watching the video. “Wholesome,” they wrote with a pleading face and heart emoticon. “They are absolutely adorable!!” another shared. “Awe, just a cute story,” posted a third.

Man meets his family after 3 years on his 30th birthday. Watch his reaction

How to use tab groups in Google Chrome