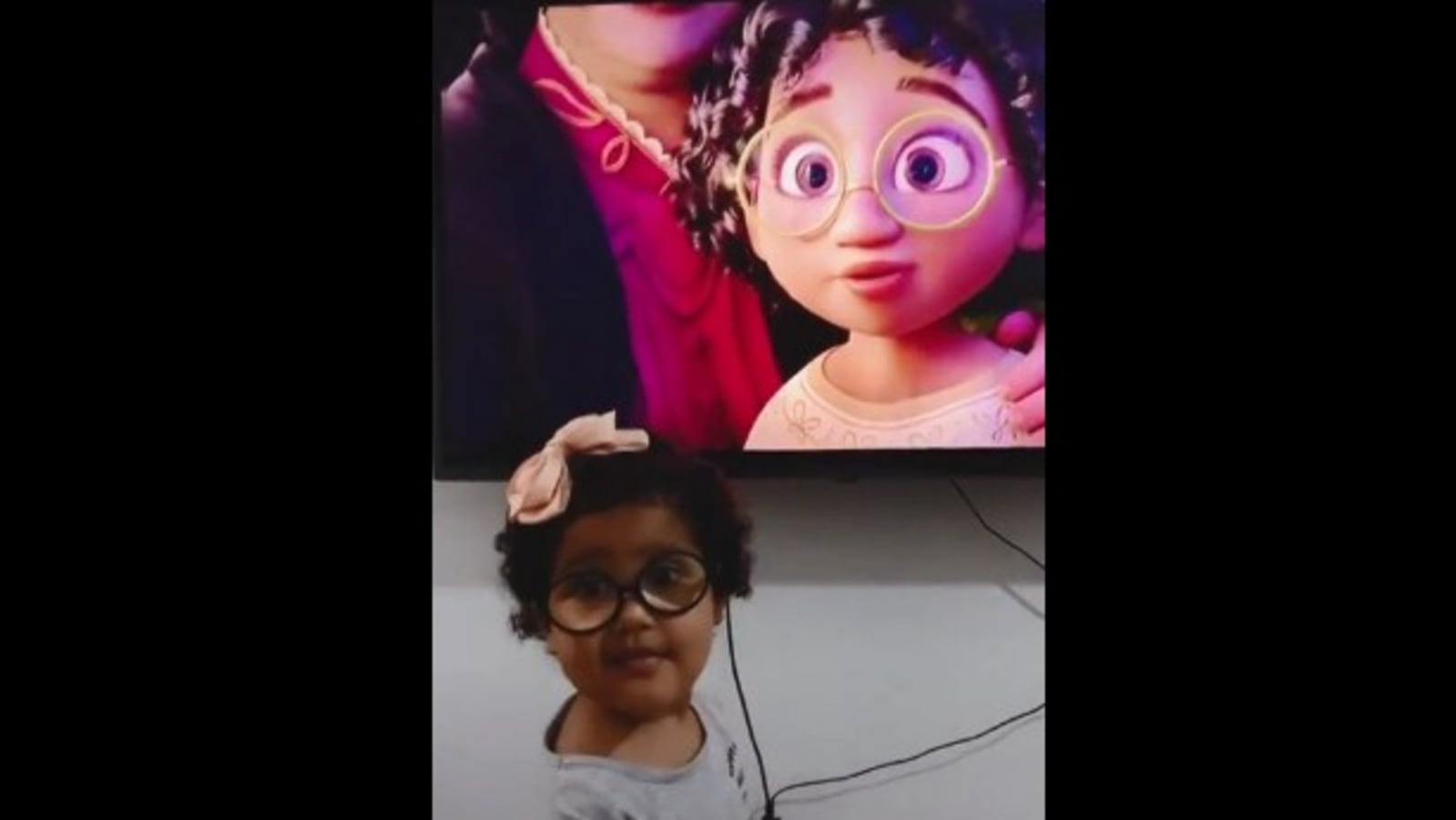 The video showcasing the girl’s reaction to seeing Mirabel from Encanto has gone viral.

Disney’s film Encanto, which was recently selected as the Best Animated Feature Film at the 79th Golden Globe Awards, has won people’s hearts too. In fact, there are various wonderful posts on the Internet related to this film. This clip involving a little girl’s reaction to one of the characters of the film is one such share. There is a chance that the wholesome post will leave you with a wide smile on your face.

Though originally posted on TikTok, the video is now making its way to various social media platforms. Just like this Reddit post shared a few hours ago.

The video opens to show the girl pointing towards her TV on which Encanto is playing. She is seen specifically – and excitedly – pointing at the character Mirabel Madrigal and saying “Look at me, mommy!”

Since being shared about 17 hours ago, the video has accumulated nearly 1.1 lakh upvotes and the numbers are quickly increasing. The share has also gathered tons of comments from people.

“She also says ‘It’s me, mommy. I grew up, mommy!’ by the end of the video. This one really made me smile,” posted a Reddit user. “It made me both smile and cry,” shared another. “Just to add to the cuteness, she did say ‘I grew up’ in toddler speech. Something like ‘I gwoo up’,” posted a third. “This is actually adorable. Totally made watching Encanto with my son a hundred billion times the first week it came out worth it!” expressed a third.

Nissar Khan: Recognition comes once people connect with your characters

I wore a continuous glucose monitor for a month. Here’s what I learned | ZDNet