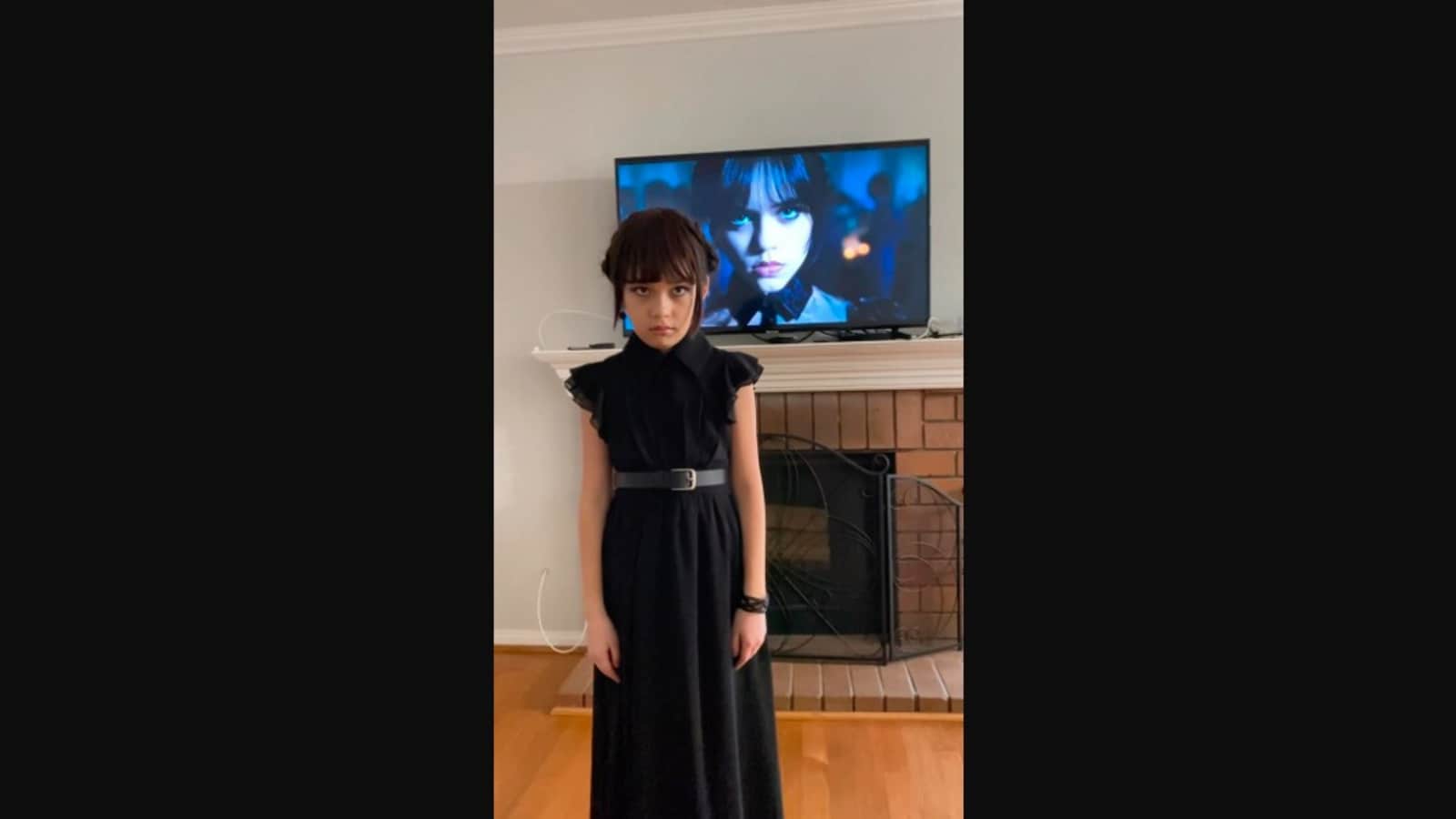 A lot has been said about Jenna Ortega’s character from the Netflix series Wednesday. From her impeccable acting to interesting dance number, the social media is abuzz with various posts related to the actor and the show. Amid those, a post by a kid artist named Alexa Gutierrez-Sierra is winning people’s hearts. The video shared on her profile shows her dressed as Wednesday Addams and recreating the epic dance scene from the show.

“Part one. Please tag @jennaortega she’s my favorite actress and I hope one day I can be an amazing actress like her. Song title: goo goo muck,” reads the caption posted along with the video on Gutierrez-Sierra page. Her bio describes her as “Actress/Artist/Future Fashion Designer” and it is mentioned that her page is managed by her mom Erika Gutierrez.

The video opens to show the girl standing in front of a television with the dance number playing on it. Dressed in a black dress, just like Jenna Ortega’s character Wednesday Addams, she is seen flawlessly imitating the moves.

The video was posted a few days ago. Since being shared, the clip has accumulated close to 17.6 million views and the numbers are quickly increasing. The video has also gathered more than 1.4 million likes. People posted various comments while reacting to the clip.

“Sister!! You killed this!! I’m so proud of you!! I love you so much,” postedGutierrez-Sierra sister. “Omggggg you killed this!!!!! Congrats on the views little sis!!!” commented an Instagram user. “I can guess what everyone is going to be for Halloween next year,” expressed a third. “Cute,” wrote a fourth.

How to block numbers on iPhone the right way

She season 2 review: Imtiaz Ali’s wannabe Breaking Bad is a voyeuristic story disguised as a feminist one