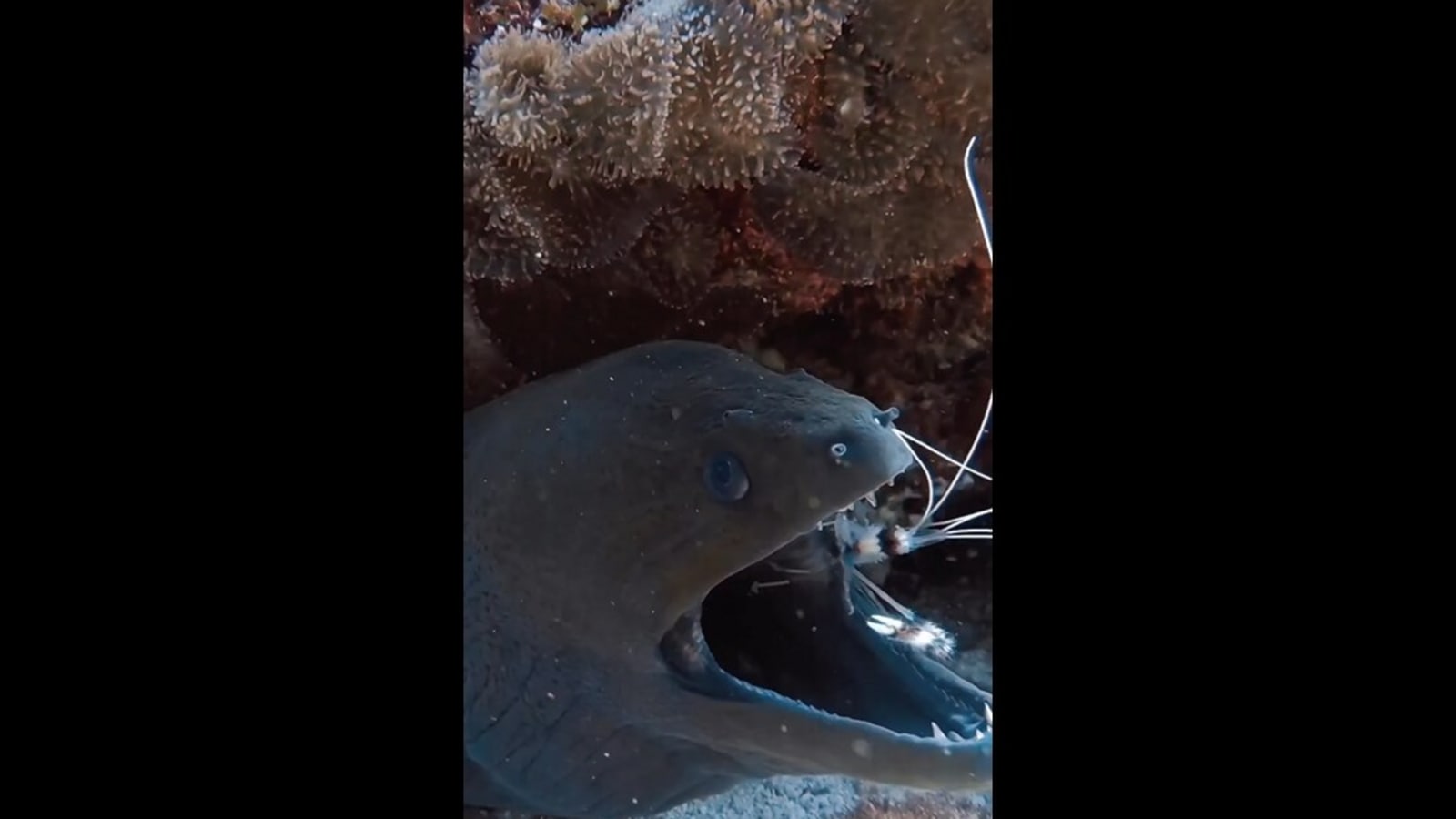 A fascinating video showing a symbiotic relationship between two underwater creatures has stunned people. The video shows a tiny shrimp getting inside the mouth of an eel to clean its teeth. There is a chance that the video will leave you amazed too.

Besides being shared on the Instagram page of scientist Kaush, the video is also posted on the official Insta page of UN’s Biodiversity Convention. The video is posted along with a detailed caption.

“Fish need to visit the dentist just like we do. Here you can see a Giant Moray (Gymnothorax javanicus) having its teeth inspected by a Coral Banded Shrimp (Stenopus hispidus). This is a symbiotic relationship between crustacean and fish – the eel gets cleaned of pesky parasites and the shrimp has a personal bodyguard to ward off predators. A perfect example of how inhabitants of coral reefs work together in order to survive,” they wrote.

Take a look at the fascinating video:

The video was shared two days ago. Since being posted, the clip has accumulated more than 1.1 lakh views and the numbers are only increasing. The share has also received close to 7,000 likes. People posted various comments while reacting to the video.

“Fascinating!,” shared an Instagram user. “Incredible,” posted another. “This is awesome,” expressed a third. “Amazing symbiotic relationship!,” wrote a fourth. “So cool. This is a @pixar film waiting to happen, based on these two…and, I’m so here for it,” commented a fifth.

Spotify Said to Slow Down Hiring by 25 Percent