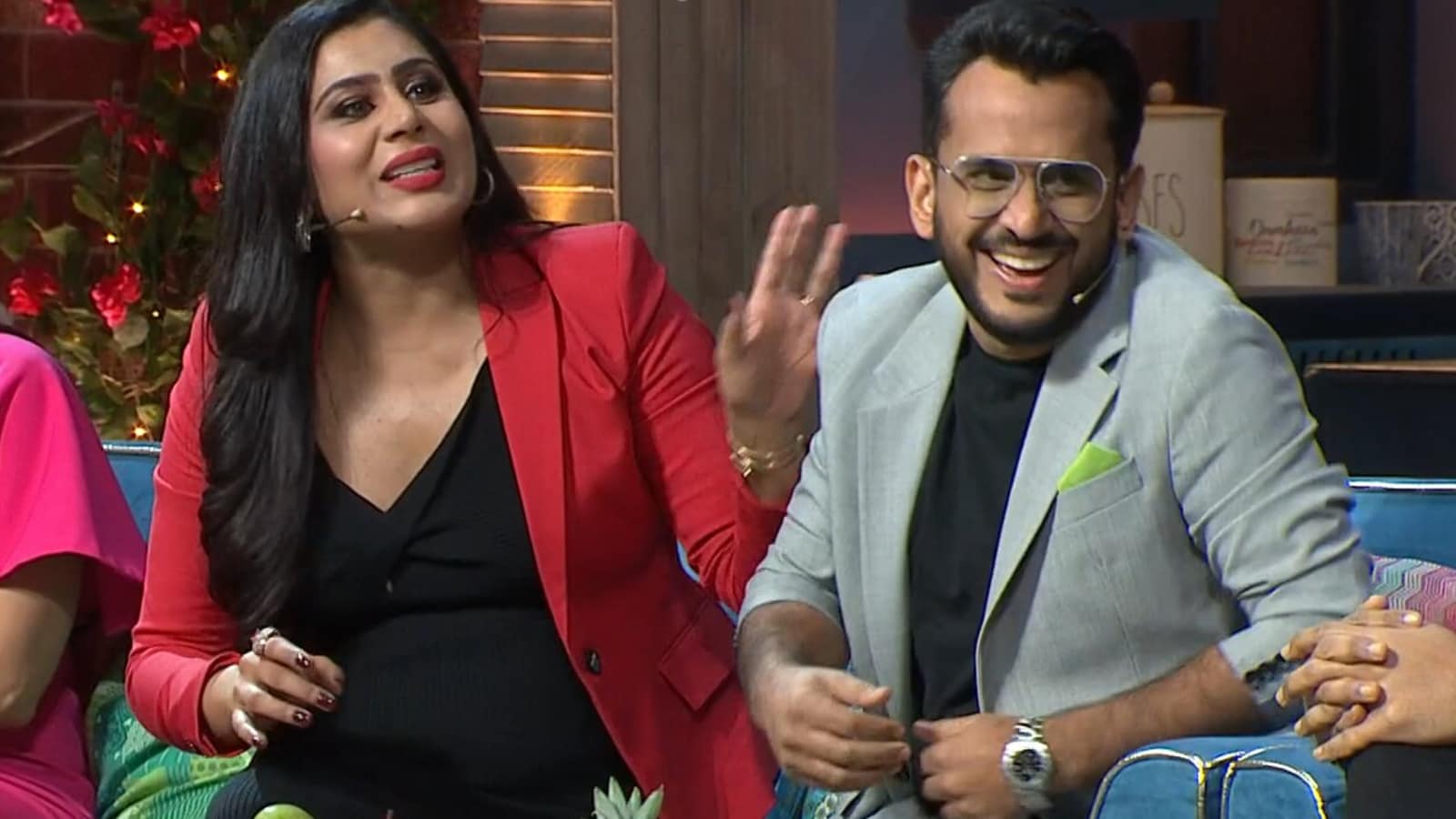 The seven judges of Shark Tank India were at their candid best on Sunday’s episode of The Kapil Sharma Show. Mamaearth co-founder Ghazal Alagh revealed a funny story about how boAt co-founder and CMO Aman Gupta got into trouble with the police recently.

Ghazal revealed that Aman went to a mall and was recognised by a few people who had watched Shark Tank India. “15 minute baad koi nahi aaya. Toh inhone apna phone nikaal ke mask utaar ke ghoomna shuru kar diya, ki main mask utaar ke ghumunga toh log meri shakal dekh payenge, mujhe jaanenge (After 15 minutes, no one came to him. So he took his phone out and removed his mask, thinking that people would be able to recognise him if they saw his face),” she said.

“15-20 minute baad koi aaya toh nahi autograph lene, police zaroor aa gayi chalan karne (After 15-20 minutes, no one came to get an autograph from him but he got into trouble with the police for not wearing a mask),” she added, cracking Kapil up.

Also read | Aman Gupta reacts as Biswa imitates Anupam Mittal, pokes fun at their exchange on Shark Tank: ‘Who is this man?’

In a behind-the-scenes video from the shoot of The Kapil Sharma Show, Archana Puran Singh asked Aman why he was so ‘down on energy’ during the episode. Aman joked that he normally has better punchlines than Ashneer but got ‘nervous’ in front of Kapil and forgot everything.