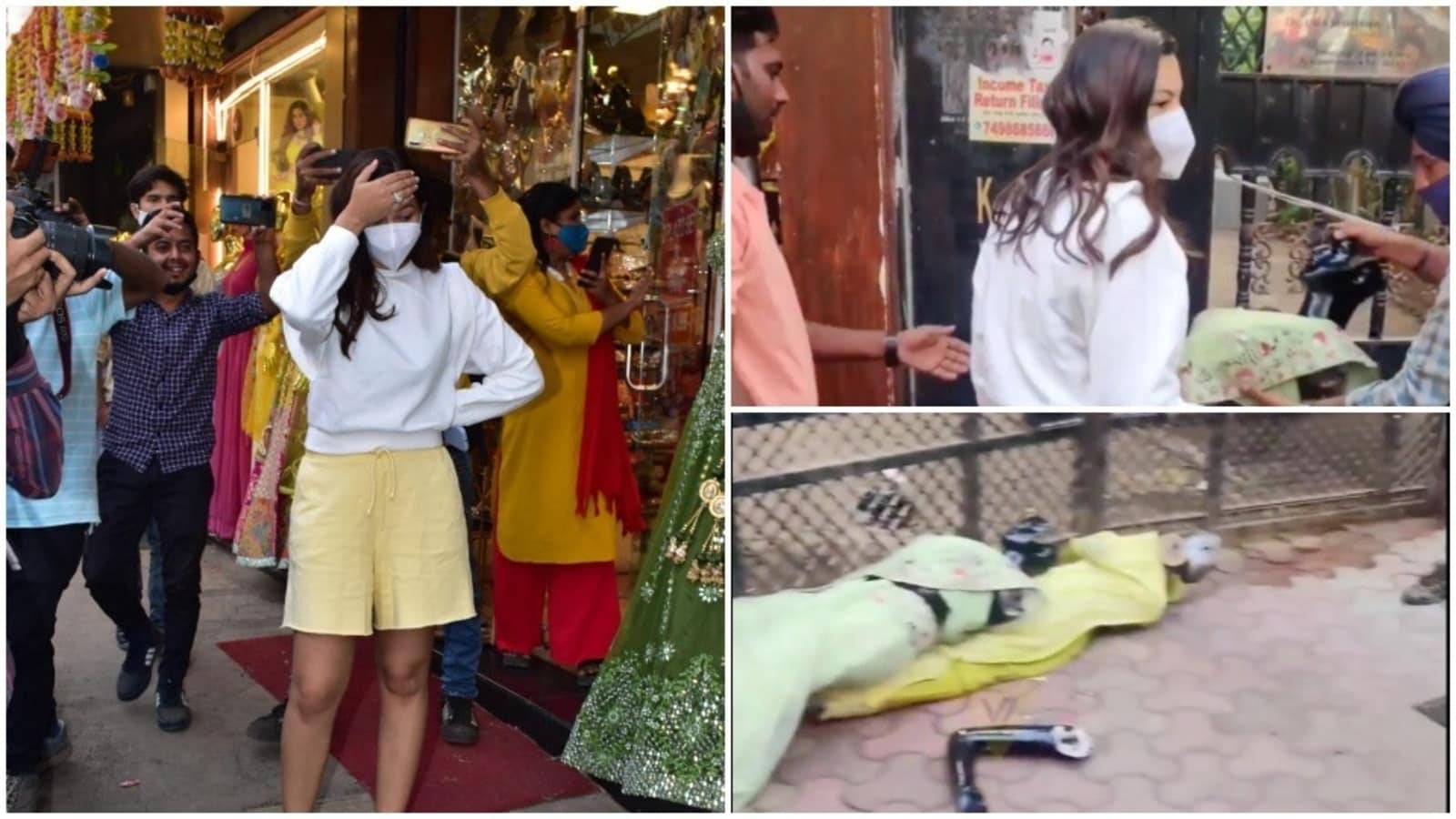 Gauahar Khan was spotted at a marketplace in Mumbai on Thursday. In a bid to click her picture, photographers knocked over some mannequins outside a shop.

Actor Gauahar Khan got upset at the paparazzi on Thursday for causing chaos on a Mumbai street. Gauahar was chased by the paparazzi as they tried to click pictures of her but ended up knocking down a few mannequins outside a shop.

Gauahar, dressed in white shirt and yellow shorts, put her hand on her forehead and scolded the photographers. “Guys, seriously,” she said but the paparazzi members continued clicking her photos. She then asked them to pick up the mannequins. “Abhi koi uthaega use (Will someone pick it up now?),” she asked. “I don’t know why you are all doing this,” she said and went to her car.

People on Instagram were not happy with the episode either. “Somebody at least say Sorry to the shopkeepers,” wrote a person. Another remembered a hilarious line from Welcome: “Pootle be Like: Hamaari Kya Ghalti Thi, Humey Kyun Toda (Mannequins be like: What was our fault? What did you break us)?”

Recently, Gauahar had also reacted to a video of a woman from Madhya Pradesh who threw fruits off a vendor’s cart in rage. “What a high-headed loser. Shame on her. Please help me with any info on the fruit vendor, I’d like to buy his entire cart for him, that she caused loss to. Name her and shame her,” she wrote in reaction to the video.

Reportedly, the woman started smashing fruits on the road after the cart allegedly brushed her car. The woman has reportedly been identified as a university professor in Bhopal.

Gauahar is an actor and had featured in multiple music videos and had participated in and won the seventh season of reality show Bigg Boss. She is married to Zaid Darbar.

She was recently seen in the movie 14 with Vikrant Massey and Kriti Kharbanda. She was also a part of Amazon Prime series Tandav with Saif Ali Khan and others. Gauahar was also seen in Amazon Mini TV anthology Kaali Peeli Tales.

Chick-fil-A finally gave employees what it gives customers (no, not chicken)