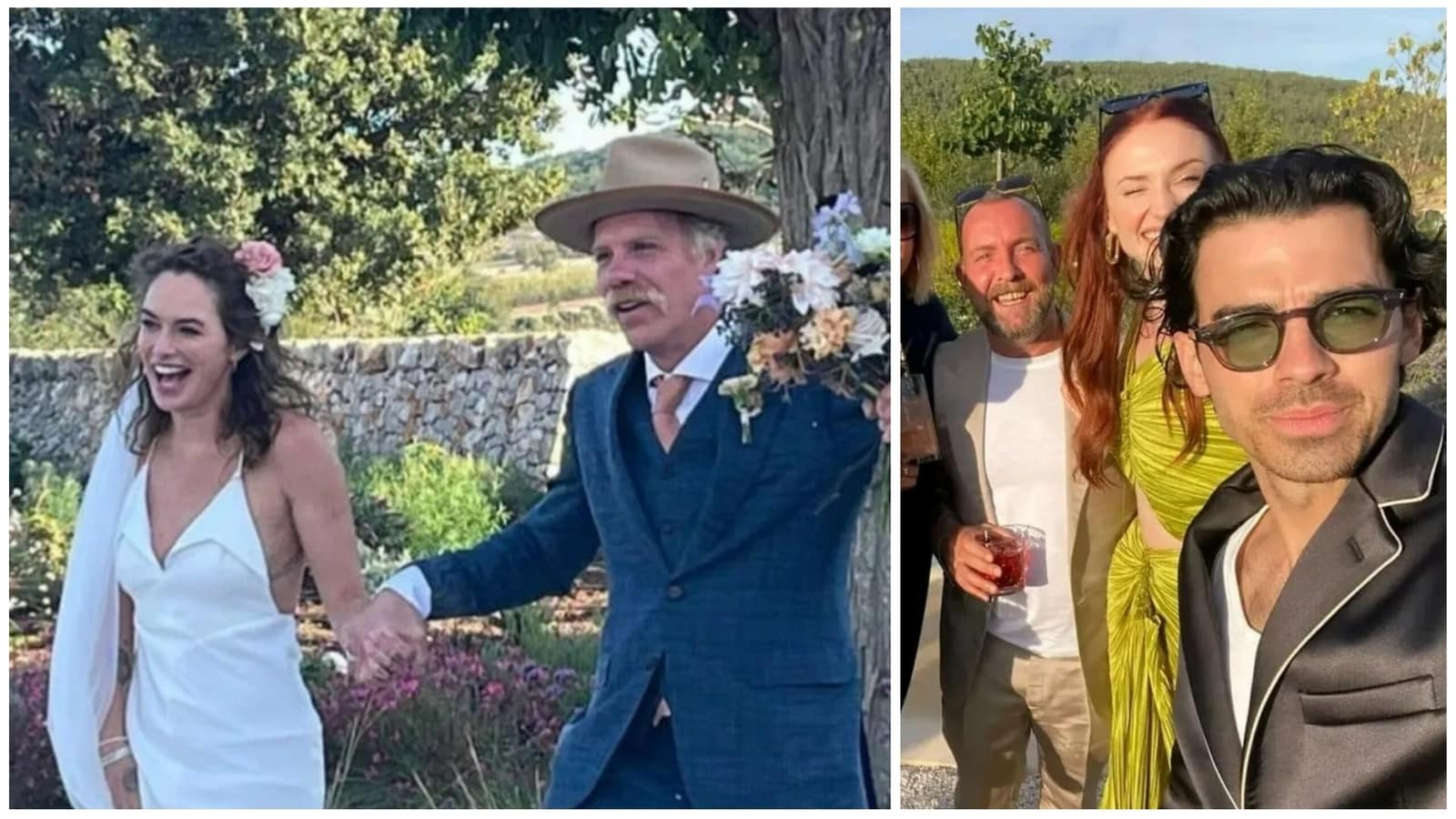 Game of Thrones star Lena Headey, known for playing the merciless queen Cersei Lannister on the show, has tied the knot again. She married actor Marc Menchaca in an intimate wedding ceremony in Italy. Several of her Game of Thrones co-stars including Peter Dinklage, Nikolaj Coster-Waldau, Emila Clarke, Sophie Turner with husband Joe Jonas, and Conleth Hill attended the ceremony.

Lena wore a sleeveless white gown with a veil. Marc joined her in a blue three-piece suit with a pink tie and beige hat. They read their wedding vows under the sun. Several pictures from the ceremony appeared on social media soon after.

Marc Menchaca is known for his award-winning film This Is Where We Live and his appearances in several television shows like Ozark, The Sinner, Manifest and The Outsider. Apart from her career-defining role in Game of Thrones, Lena has also appeared in films like The Brothers Grimm, 300, Dredd, The Purge and Fighting With My Family. She also played the titular role in science fiction TV series Terminator: The Sarah Connor Chronicles and had a recurring role as Amelia Hughes in animated web series Infinity Train.

Lena was earlier married to musician Peter Paul Loughran from 2007-2013 and has a 12-year-old son Wylie Loughran from their marriage. She was later in a relationship with director Dan Cadan. The two have a seven-year-old daughter named Teddy. She had been dating March since 2020.

Lena Headey will now be seen reuniting with her Fighting With My Family co-star Nick Frost in comedy thriller, Svalta, as reported by Deadline. The filming will begin in Finland next year. It follows a family on their summer vacation to a remote island with a dark past. She also has HBO series The White House Plumbers in her kitty.

Vijay Varma: I am no longer greedy about work