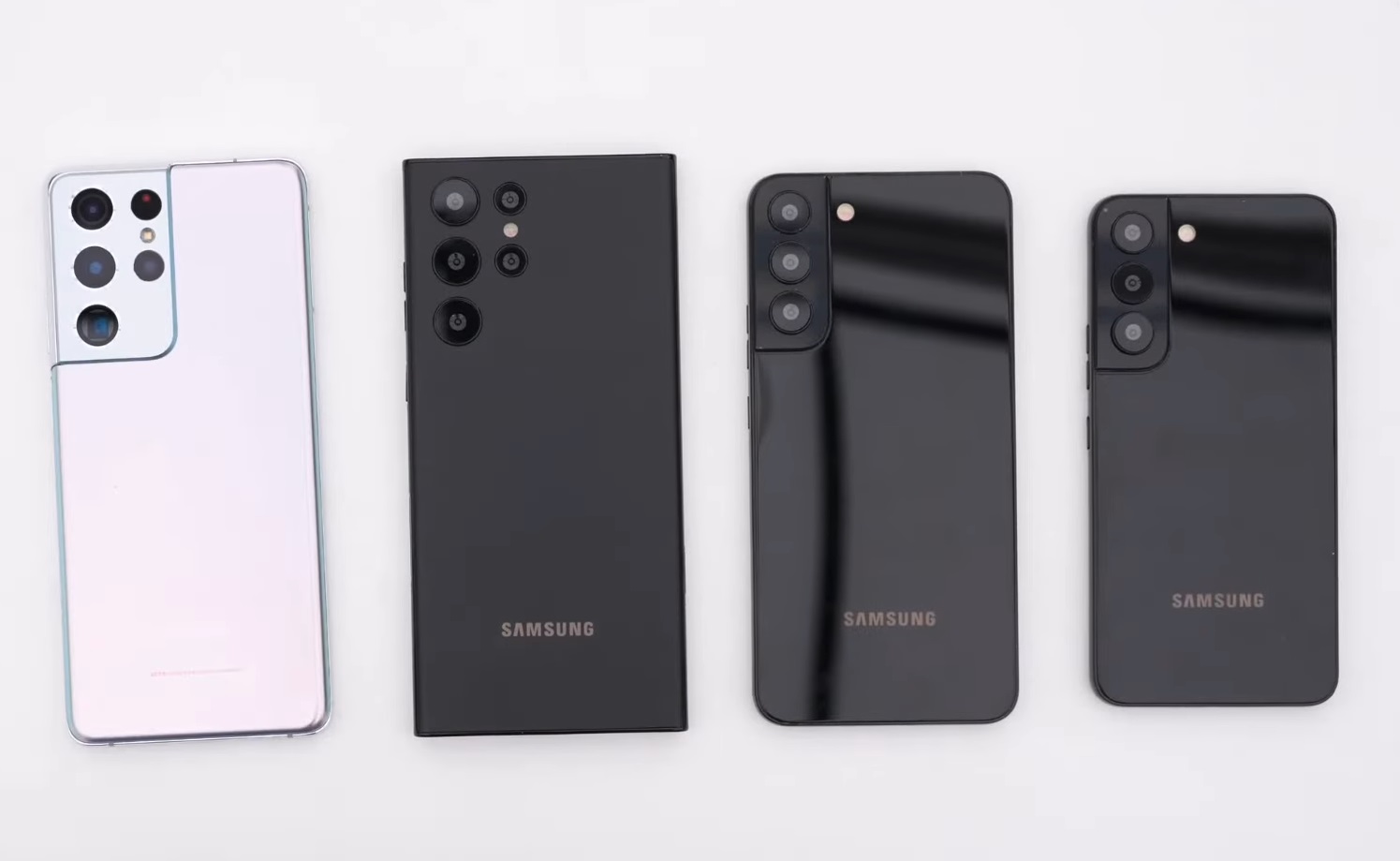 The Galaxy S22 series is less than a month away. But we’ll probably know everything there is to know about the three handsets in the series by then. We already saw a large number of leaks for each of the three handsets, although most of them focus on Samsung’s Note surprise for the 2022 Galaxy S flagship. The Galaxy S22 Ultra will feature a Note design and built-in stylus, while the Galaxy S22 versions will have a more iPhone-like design. The Galaxy S22 Plus will represent the best possible version of the two devices, and the Plus’s specs and renders appeared in new leaks.

As expected, the Galaxy S22 Plus will represent the best possible Galaxy S22 version that doesn’t have a built-in S Pen. It’ll feature a larger display than the entry Galaxy S22 model and a larger battery pack. However, it’ll also get a higher price tag than the cheaper Galaxy S22. And rumors say all Galaxy S22 models will be more expensive than their predecessors.

On the back, the Galaxy S22 Plus will feature a triple-lens camera, with the sensors placed vertically along the left edge. The sensors also appear to be placed inside a metal module, similar to last year’s Galaxy S21 design.

In other words, the Galaxy S22 Plus design is not a surprise. We’ve seen it over and over in the past few months.

The render above comes from leaker Ishan Agarwal (via 91mobiles), who also shared the expected Galaxy S22 Plus specs with the blog.

What’s interesting but not unexpected is Agarwal’s claim about the Galaxy S22 processor. He says European versions of the phone will come with Samsung’s unannounced Exynos 2200 System-on-Chip (SoC) flagship.

Samsung canceled the Exynos 2200 reveal a few days ago, prompting speculation that Samsung might use the new Qualcomm SoC in all Galaxy S22 versions.

Agarwal also revealed other details about the Galaxy S22 Plus specs. The phone will feature a 6.55-inch screen capable of 1,750 nits of peak brightness and 120Hz adaptive refresh rate.

When it comes to storage specs, the Galaxy S22 Plus might not get as much storage as the Ultra. Agarwal says the Galaxy S22 Ultra will come in 1TB variants, but only in select regions.

The Galaxy S22 Plus will feature a 4,500 mAh battery that supports 45W fast charging. It’s unclear whether the 45W USB-C adapter comes in the box or requires a separate purchase.

The leaker also mentioned camera specs for the Galaxy S22 Plus. The handset will feature a 50-megapixel rear camera with Adaptive Pixel technology. The triple-lens module will also include 12-megapixel and 10-megapixels sensors on the back. Finally, the selfie camera features a 10-megapixel sensor.

Agarwal also said that the Galaxy S22 release date is February 25th, as mentioned in previous leaks. According to earlier reports, the three phones should go on preorder on February 8th or 9th, right after the Unpacked launch event.

Ms Marvel post-credits scene explained: How that mother-of-all cameos sets up the future of MCU Phase 4