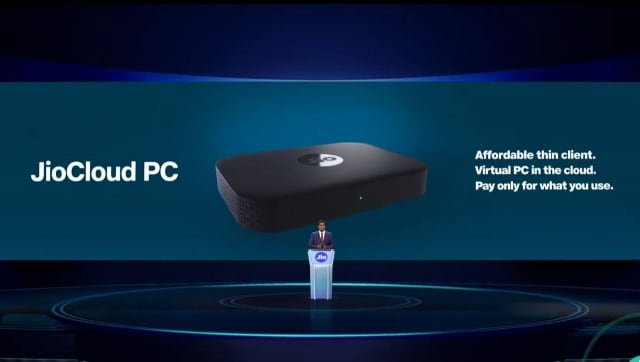 There were a ton of announcements made at Reliance Industry Limited’s Annual General Meeting this year that has tech heads in India, very excited. While some of the announcements that tech heads were waiting for, like the unveiling of the 5G Smartphone, as well as the JioBook Laptop and some other stuff that, did not materialise, some of the other announcements turned out to be even better.

We take a look at some of the key moments and announcements from RIL’s 2022 AGM that has all tech heads in India, very excited.

Jio’s 5G rollout
Jio has announced that by Diwali this year, they will be launching their 5G services in India in 4 major cities, namely Mumbai, Delhi, Kolkata and Chennai. Furthermore, Jio has planned that by December 2023, they will be taking their 5G services to every nook and corner in the country. Evidently, Jio will be setting up their 5G network completely independent of their current 4G network, a method that is called Stand-Alone 5G. Other reasons why Jio’s implementation of 5G will be better than that of competitors are carrier integration and the use of the largest and best possible spectrums in a wide area.

Jio Phone 5G
Though the device wasn’t revealed, we finally have some official news about the Jio 5G smartphone. It is being developed in a partnership with Google, and in all likelihood, it will be unveiled by at next year’s AGM event. This is the second phone that Google and Jio are developing together. The first one is last year’s JioPhone Next. Jio hasn’t revealed any further details about the upcoming 5G phone other than the fact that it will be developed in partnership with Google.

JioCloud PC
The JioCloud PC truly is a game-changer. What it is, is basically a minicomputer or networking device that allows you to connect to more powerful computers based on cloud computing, and use the resources of the more powerful computer to carry out tasks. What this does, is it allows users access to a computing device such as a laptop or a desktop computer, at dirt cheap prices. JioCloud PC, Reliance says, does not require any upfront investment.

It also does away with the need for periodic upgrading. The company says that the device will be a ‘game changer’ for students, gig-workers and small businesses in the country.

Jio AirFiber
Jio AirFiber is a plug-and-play device for users to experience fiber-like speed over the air without any wires. That means you can carry a full-fledged networking hotspot that can deliver 5G-like speeds over wifi, in your backpack. All you need to do, is find a suitable power point, plug in the device and connect. The device will be using Jio’s 5G services to provide internet at fiber-like speeds.

Jio partnering with Qualcomm
Back in 2020, Qualcomm Technologies and Reliance Jio Platforms announced a partnership to develop open and interoperable interface-compliant architecture-based 5G solutions with a virtualised RAN or Radio Access Network. This year, RIL announced that they will be taking their partnership with Qualcomm to a whole new level. The two will be working together on cloud-native, scalable, and flexible 5G infrastructure, in both mmWave and sub-6GHz, to develop a comprehensive ecosystem. This means better, and far more secure 5G networks.