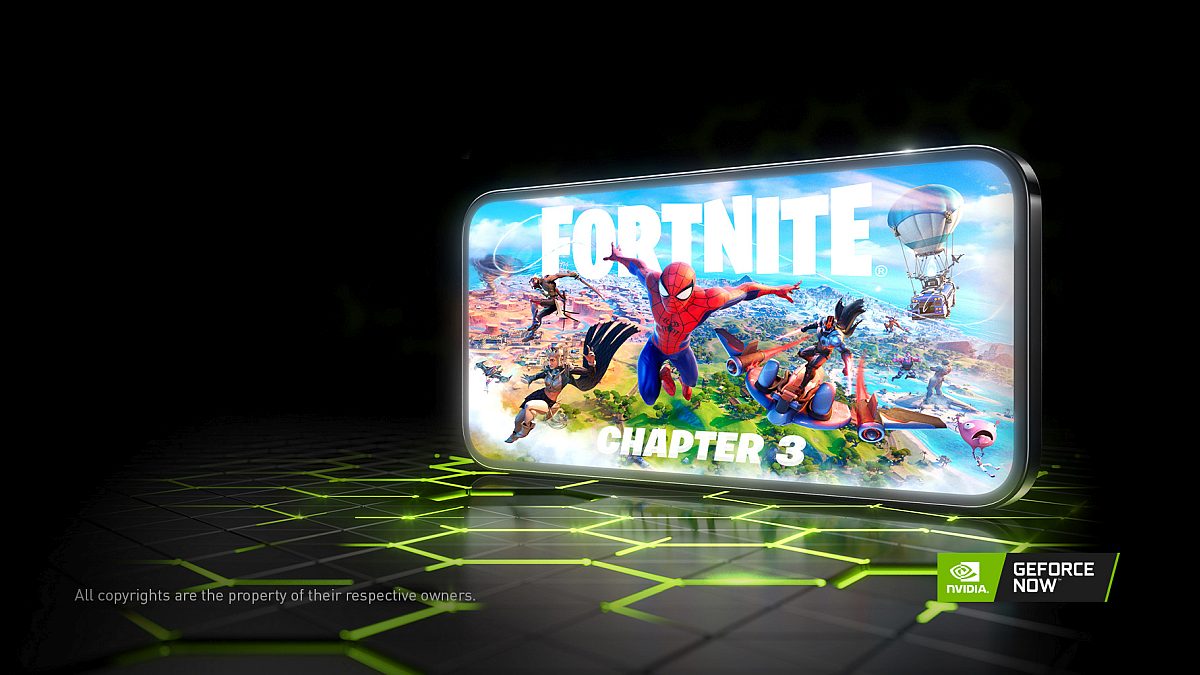 Fortnite is one step closer to making an unofficial return on iOS, as the popular battle royale game enters closed beta testing on Nvidia’s GeForce Now service. The game streaming service is testing the ability to stream a touchscreen-friendly version of Fortnite via Apple’s Safari browser on both iPhone and iPad. The service will allow gamers on Apple’s smartphones and tablets access to the title for the first time since it was removed from the App Store in 2020. Nvidia and Epic Games are yet to reveal when gamers will be able to stream Fortnite on iOS devices.

Nvidia announced on Thursday that it was working with Epic Games to bring Fortnite to GeForce Now, the streaming service that is available for download via the Play Store on Android devices. iPhone and iPad users do not have access to the GeForce Now app, and must stream games in Safari instead. The service’s website states that the game is in a “limited time closed beta” for iOS on Safari and Android smartphones, and users can register to play a touchscreen optimised version of Fortnite.

While gamers can already stream Fortnite on GeForce Now desktop and mobile, the service requires a gamepad, or a mouse and keyboard combination. The new touch-control version in closed beta testing will allow gamers to try their hand at Fortnite on their smartphones with touch controls. As previously mentioned, gamers on iOS will be able to play Fortnite for the first time since August 2020, when Apple booted Fortnite from the App Store. According to Nvidia, gamers will have to sign up for a GeForce Now account, and both Free and Priority accounts will get an “equal chance” at playing the closed beta.

Epic Games has only partnered with Nvidia to bring Fortnite to mobile devices, and the publisher is yet to announce any plans to bring the game to Microsoft’s xCloud game streaming service, which charges a 30 percent commission on in-app purchases like Apple and Google. Streamed games do not offer the same performance as native games, but iOS users do not currently have an option to download the official game, unlike Android users. Nvidia has not yet revealed the duration of the closed beta, or when the service will be available to all mobile gamers.

Lock Upp’s Saisha Shinde talks about being declined to donate blood: It is beyond discriminatory