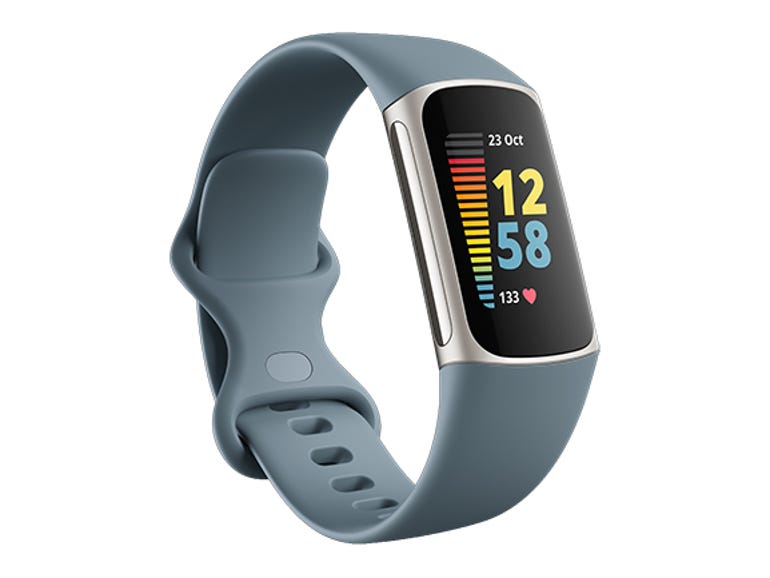 There used to be a clear distinction between fitness bands and sports watches. People who wanted GPS needed the latter – indeed, in the very early days the GPS unit was a separate device communicating with a wireless connection to the watch. I know, I trained using this kind of setup. Today things are different. High-end fitness bands like the Fitbit Charge 5 incorporate GPS as standard and include a range of wellness features.

Back in September 2021, ZDNet’s Matthew Miller reviewed the Fitbit Charge 5 and pronounced it “easily the best fitness band that Fitbit has ever released”, giving it a 9.5 (Spectacular) rating. I’ve been using the Charge 5, which costs £169.99 in the UK ($179.95 in the US, A$269.95 in Australia), for four months and can add a long-term perspective.

Although my running days are over (I’ve put my knees through far too many miles of pounding tarmac, running up hill and down dale, squelching through bogs and clambering up crags), I still want to keep track of my general activity and the Charge 5 suits me well.

I graduated from a Fitbit Charge 4, and immediately discovered several benefits from the newer device from an ergonomics point of view. It’s more wearable, with a neater main unit design and a better strap. It’s also more readable thanks to an improved screen, and charging is easier too. These things really matter, so let’s start with them.

My review unit had a blue band and silver stainless steel wrap to the main screen unit. It looks good, and feels very snug on the wrist. The strap does up securely and the whole device feels comfortable. The colour screen is a big improvement. It’s brighter, and therefore much easier to read outdoors, and it seems more responsive to the flick of the wrist that causes it to light up from dark mode. I am pleased to note that the capacitive button that was on one side of the Charge 4 has gone. It was inconsistent in response and quite infuriating at times. The touch screen on the Charge 5 makes navigation easy with various sweeps, swipes and taps.

That said, as an infrequent user of some of the menus and options it’s easy to forget which direction to sweep in order to get where I want to be. It’s also fiddly to make settings adjustments — particularly the alarm, timers and stopwatch.

By contrast, I find the companion smartphone app (which I use on an Android handset) a exemplar of clarity. Information is displayed cleanly, and it’s easy to drill down to access more detailed information.

Using a couple of familiar routes whose distance and step count I know very well, I found the Charge 5 to be accurate. However, I find the device rather keen to record steps when I’m actually practicing the piano – it’s amazing how far I can travel while sitting still!

I started using the Charge 5 for handset notifications, simply because the screen is so much more readable than that of the Charge 4. In that sense, it has created a behaviour change, and one I’ll probably maintain — I’d certainly miss it if I switched to a band or smartwatch whose notifications display wasn’t as good.

I’m not sure I’ll use the stress-measuring EDA system long term. You press your fingers to the sides of the Charge 5 for three minutes and then check the score, which will be between 1 and 100. EDA is based on three metrics: responsiveness, which uses heart rate data and is scored out of 30; exertion balance, which is calculated using step counts among other data and is scored out of 40; and sleep pattern, which is scored out of 30. The Fitbit Premium app provides a range of stress-busting resources to help with stress management. I’m not sure this route to mental wellness works for me, but it’s interesting that Fitbit is putting so much effort into this area, and if it works for some users, that’s a plus.

Incidentally, the Fitbit Premium service comes free for six months with the Charge 5. After that, it’s £7.99 a month ($9.99 in the US, A$14.99 in Australia). Fitbit Premium offers features like 90-day trends, a Daily Readiness Score, which is designed to give an indication of whether the day should be a rest day or an exercise day, and the videos, workouts and mindfulness sessions related to EDA score.

Another more advanced feature on the Charge 5 is the ECG sensor that checks your heart rhythm. This is a 30-second test that Fitbit says can help people decide whether they might want to visit a doctor for a thorough check-up (although it’s not in itself a diagnostic tool). Again, I’m not sure I’d use this feature long term, but it’s more evidence that Fitbit is branching out to reach a wider health-conscious user base.

The Fitbit Charge 5 has yet another new design for the battery charging dongle. Thankfully it’s a big improvement over the Charge 4, whose spring-loaded clasp I found a little awkward. Now the charger head is smaller, and has no moving parts. It clings to the Charge 5 via a magnet and is quick and easy to engage.

Fitbit claims up to seven days of battery life, but if the display is set to always on or the GPS is used, you’ll get less than that. Using it just as a step counter, with the display set to wake on a wrist-shake and with notifications enabled, consumed about 12-15% of battery capacity over 24 hours. Using GPS for an hour or so to track a walk took between 15% and 20% off the battery. So it’s probably best to take Fitbit’s advice and charge the device ‘every few days’.

Overall, I’ve found the Fitbit Charge 5 a significant improvement over the Charge 4. The display is far better, and I don’t mourn the loss of the irritating side button. The new mindfulness and stress-busting features aren’t a huge draw for me, but I can see how Fitbit could expand further in this area to widen its appeal. The app is clear and easy to use, and if you’re prepared to pay for a subscription after the six-month free trial, the Fitbit Premium features are useful.

Fitbit Charge 4 on long-term test: Good features, but battery life with GPS is an issue

Best fitness trackers 2022: Improve your health and track your progress

Meta Is Working to Speed Up the Metaverse, but Will Its Plans Succeed?