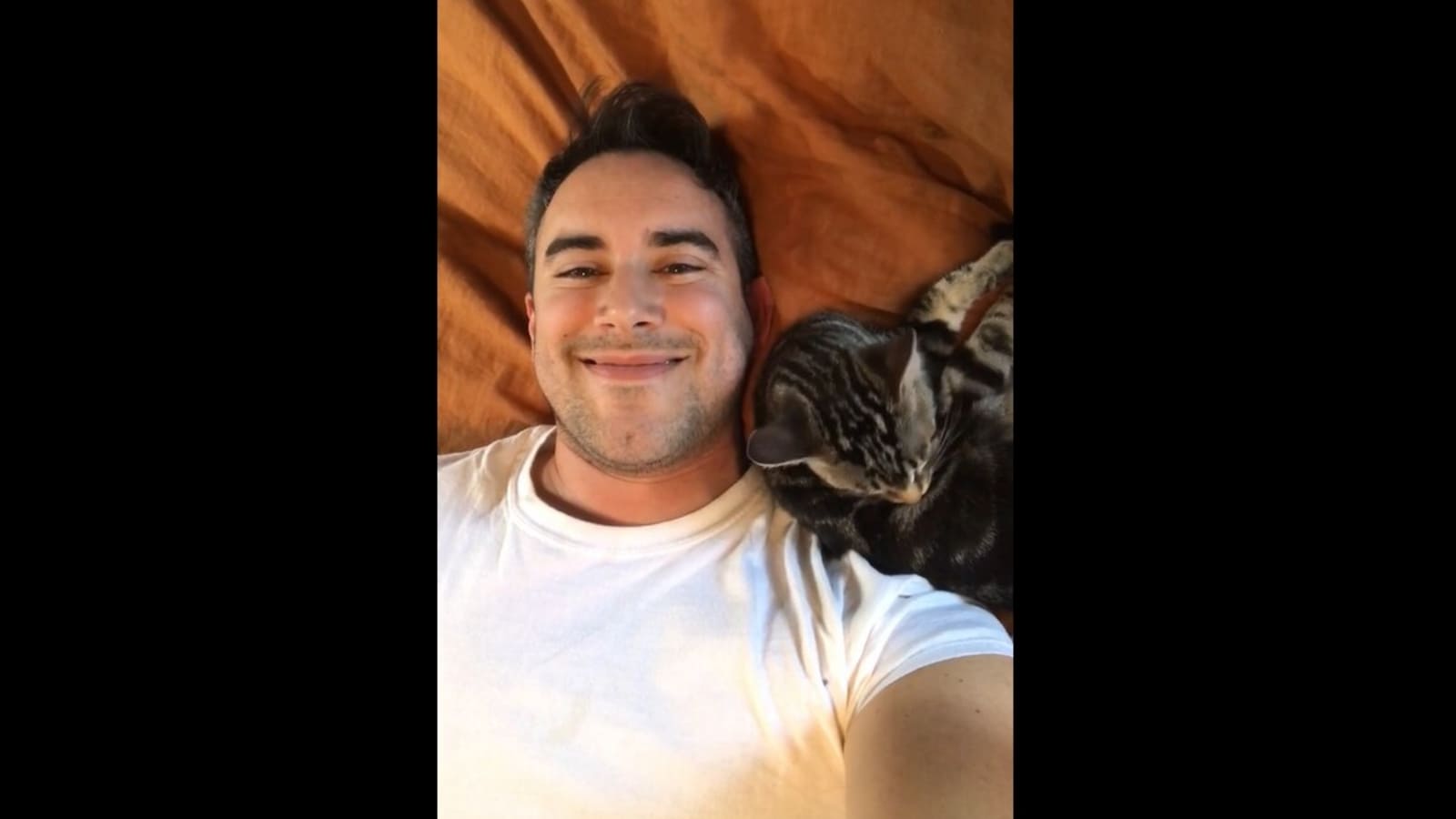 This video posted on Reddit shows how a first-time cat dad couldn’t stop smiling at how fond of snuggles and closeness his catto is.

Having pets is an adventure of a lifetime. The first time any human has their own pet is always special. This video posted on Reddit shows how a man is surprised each time that his cat snuggles up very close to him, be it to give him some love or just stay near him.

The video opens to show the man lying on his bed and his cat sitting on his chest. The feline keeps licking its human’s face repeatedly in order to show him how much it loves him. Despite being surprised, the man is also happy with how much the cat shows him its love. The next frame shows them both lying next to each other as the cat licks and grooms itself. By now, the man has grown used to and fond of the closeness with his furry little friend.

“First time owning a cat, I had no idea they were this invasive,” reads the caption of the cat video that was posted on the subReddit r/cats. It was followed by a laughing emoji.

Since being posted around four days ago, this video has garnered more than 20,500 upvotes. It has also accumulated several comments from cat lovers who couldn’t stop going ‘aww’ at this bond.

“The big smile at the end of the video slays me. Welcome into the fold, new cat person,” commented a Redditor. “Oh yes, you have lost all your personal space. My cat randomly wakes me up in the night for no reason,” posted another. “You are about to be micromanaged by a small, furry animal,” commented a third.