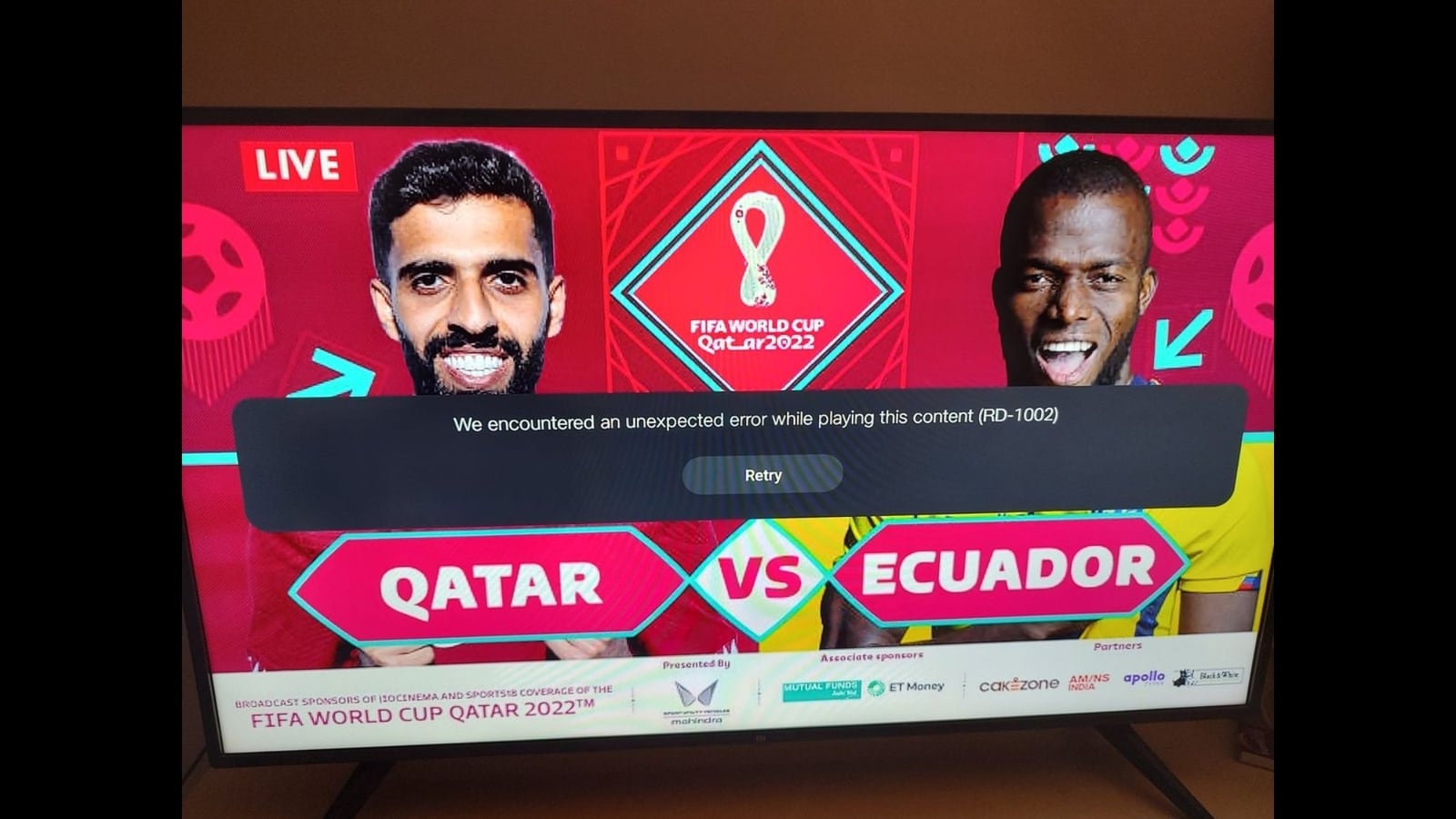 FIFA World Cup 2022 kicked off on November 20 with a glittering opening ceremony at Al Bayt Stadium in Qatar. It was followed by an opening match between Qatar and Ecuador, which the host country lost. As fans witnessed the first-ever football world cup event in the Middle East, many in India were left disappointed as they faced technical glitches while live-streaming it on JioCinema. While many took to the micro-blogging platform to register their complaints about the interruptions they faced, some took a hilarious route and posted memes. Soon, JioCinema started trending on Twitter. We have compiled a few tweets below.

“Jio Cinema every 30 Seconds,” wrote an individual while sharing a picture.

Another shared how they watched the first goal.

A Twitterati shared a tip on how to watch the match lag free.

Another posted a hilarious meme with a caption.

“The streaming just stopped. Fix this please. I don’t have a cable connection, streaming is my only option!!” tweeted an individual with a picture.

As Twitter was abuzz with several shares, JioCinema took to Twitter to share a hilarious post while assuring that their team was working to resolve the issue. They even apologised to their fans and asked them to update the app to continue enjoying FIFA World Cup 2022.

Morgan Freeman and BTS’ Jung Kook graced the opening ceremony of the ongoing World Cup 2022 in Qatar. While Freeman donned the narrator’s role, Jung Kook performed Dreamers with Qatari singer Fahad Al-Kubaisi. The opening ceremony was concluded with a breathtaking firework display. The FIFA World Cup 2022 kickstarted on November 20, and the final will take place on December 18.

Baby tries chocolate for first time, speaks first full sentence because of it

Pilot makes sweet announcement for his wife travelling in the same flight. Watch