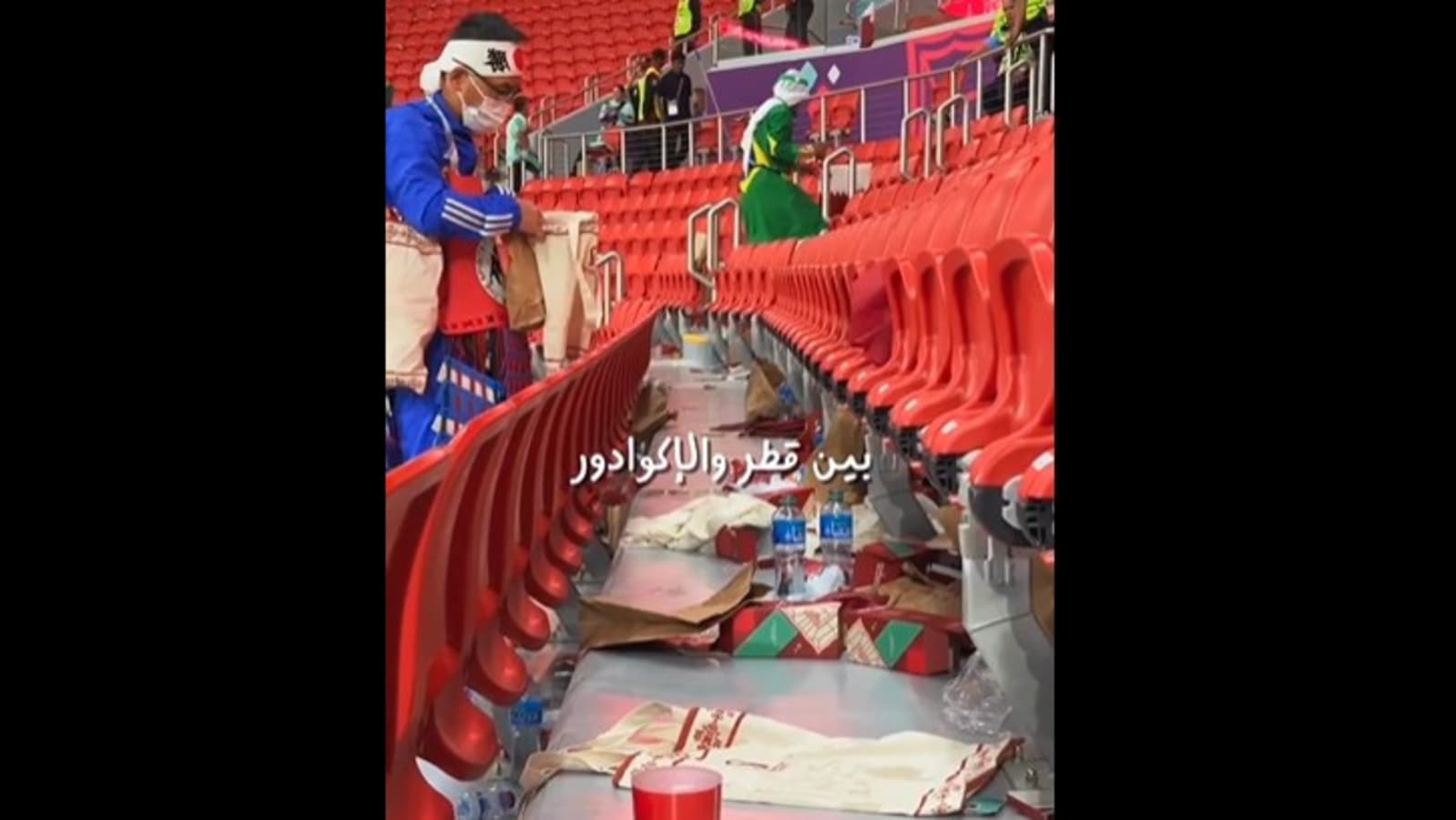 At the Al Bayt Stadium in Al Khor on Sunday, Enner Valencia led Ecuador to a 2-0 victory over Qatar in the opening match of the FIFA World Cup 2022. As the excited fans lined up the stadium and cheered on the teams, the post-match situation left the stadium filled with food waste, wrappers, cups, and other things. So, when everyone finally left the stadium, the Japanese fans stayed behind and helped clean everything.

The video shows Japanese spectators cleaning the stands after the crowd has departed the stadium while armed with big trash bags. To leave the area as tidy as they had found it, they went around various rows and picked up whatever they could find.

This video was shared one day ago, and since then, it has gained more than six lakh likes and several comments. Many people have appreciated their gesture.

One person in the comments wrote, “This is nature. The people who pollute the place behind it are the strange ones. You see, we should clean up after ourselves. We must preserve our country and its playgrounds. Clean people at home are supposed to be clean everywhere. Let’s make it easy for the cleaners and improve the treatment of public safety. ” A second person said, “They treat everywhere as if it was their home, don’t throw garbage in your home, and if you throw it, clean it. A nice video.” “This is what makes them a developed and innovative country in everything,” added a third. Many others have reacted using heart emojis.

Google Asks Judge to Dismiss Most of Texas Antitrust Lawsuit

Anand Mahindra is stunned by this girl making 15 portraits at once. Watch