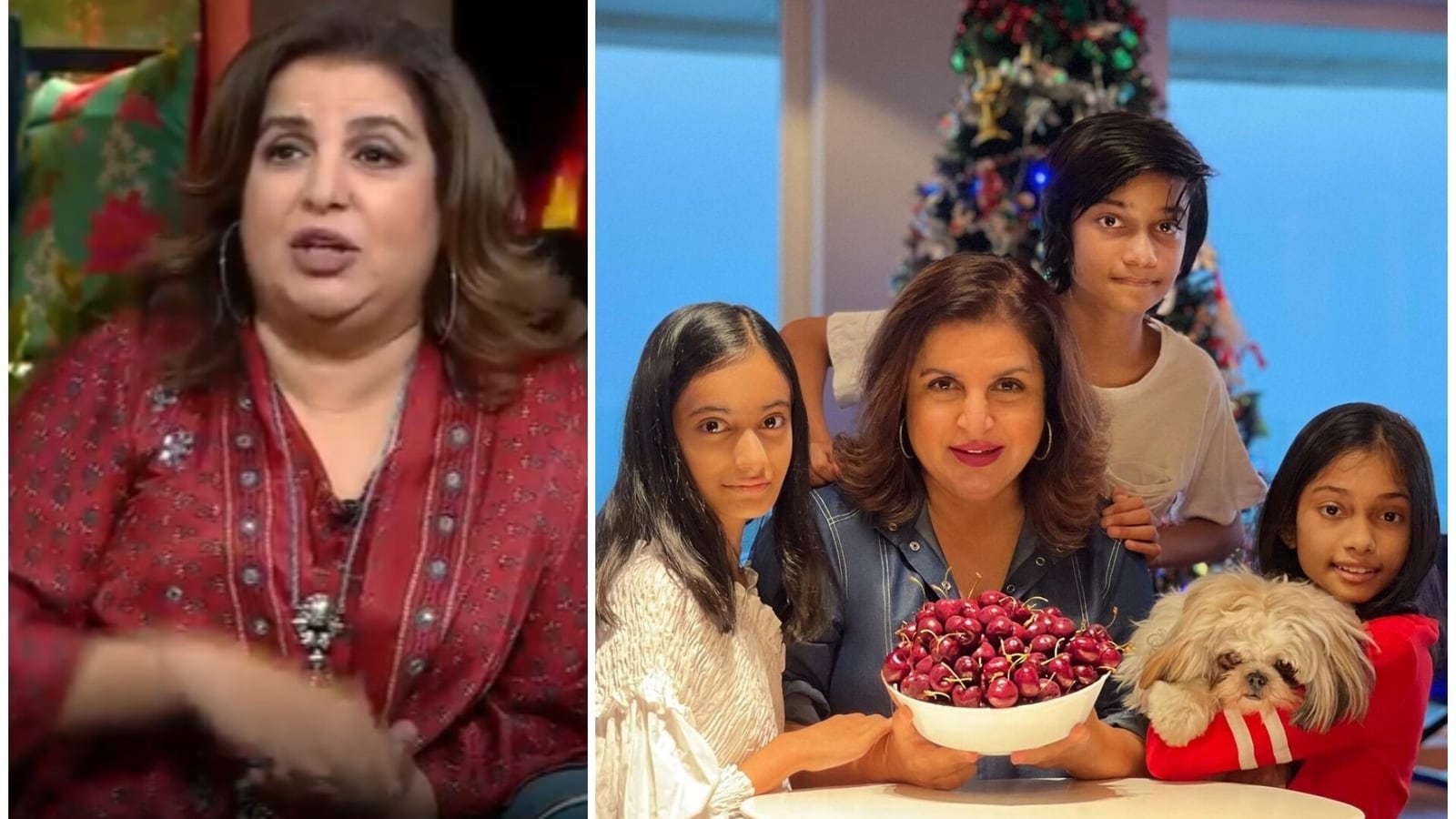 The Kapil Sharma Show: Farah Khan joked about wanting to disinherit her son Czar after he did not rush to help her after she suffered a fall. Instead, he was concerned about a password.

Farah Khan and Raveena Tandon will be seen as guests on The Kapil Sharma Show this weekend. A new promo shared on Instagram by Sony Entertainment Television showed Farah sharing a hilarious story about how she hurt her foot and joking about disinheriting her son Czar.

As host Kapil Sharma asked Farah about her injury, she said that she slipped on the steps of her swimming pool. “Jab ki girna Shirish ko chahiye tha, mujhe swimming costume mein dekh kar (Actually, my husband Shirish Kunder should have been the one to fall, after seeing me in a swimming costume),” she quipped.

Farah said that her daughters Diva and Anya rushed to help her, while her son Czar was only concerned about a password. “I said, ‘Tu toh jaaydaad se gaya’ (Looking at that, I vowed to leave him out of my will),” she joked.

Kapil then asked Farah if any heroes ever bribed her to increase their romantic scenes with Raveena. “Bolte toh the, saare hero marte the iss par (They would tell me, everyone was smitten with her),” Farah said. Raveena protested that it was not the case and claimed that no one ever expressed their love for her. Kapil seized the opportunity to flirt with her: “Kai nahi bol paate, mann mein rakhte hai, phir woh TV pe kaam karne lagte hai, woh kya kare (Many can’t confess their feelings, they keep it to themselves and then start working on television. What do they do)?”

Farah joked that if Kapil had bribed her well, she would have made him dance with Raveena instead of Archana Puran Singh, leaving everyone in splits. The promo earlier showed Krushna Abhishek and Jamie Lever dancing. Kapil, too, shook a leg with Archana.

Krushna also made jokes about Farah’s famous biryani and quipped that she has a special talent–of extracting a leg piece from a walking chicken.