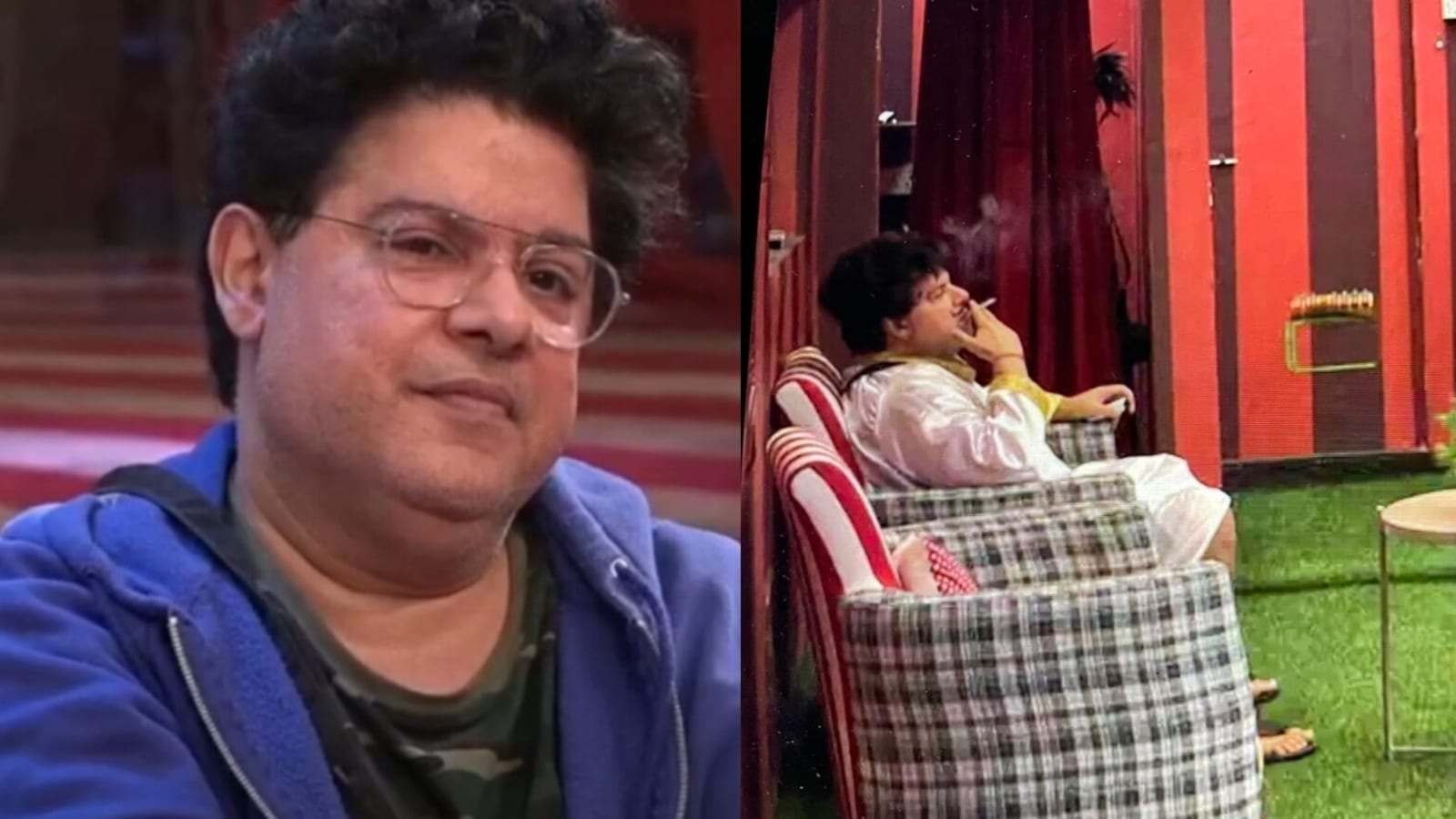 In a new turn of events, Sajid Khan became the new captain of the house in the latest episode of Bigg Boss 16. The new decision has received mixed reactions from the audience as Sajid’s participation in the reality show was already in debate, owing to his Me Too accusations. Besides this, he has also been seen flouting rules of the Bigg Boss house and he did it again, right after becoming the captain. Also read: Umar Riaz calls Bigg Boss 16 ‘biased’ for Archana Gautam’s comeback after violence

Sajid’s new rank as the captain received mixed reactions from fans. What further irked fans was Sajid Khan smoking in the garden area of the house. He and some other contestants were recently warned by the Bigg Boss about not smoking in the house.

Reacting to the leaked photo of Sajid smoking again, a user wrote on Twitter, “Sajid was smoking openly again today, and then he went in to become the captain!! waaaah! Hypocrisy ki bhi koi seema hoti hai Bigg Boss (There’s a limit to hypocrisy).” “Why is Sajid smoking outside smoking room even after yesterday what BB told them off? He’s literally the so openly favoured on the show,” added another one. Someone slammed the makers of the show and said, “Did not feel like watching yesterday’s episode of BB 16. BB is not able to reprimand Sajid for smoking openly and neither MC Stan for his filthy language. This is what you are propagating on National TV. Shame on you.”

Sajid became captain after Bigg Boss assigned him the captaincy task of being the ‘tour guide.’ He was asked to pick two housemates and give them a tour of the house. The two selected participants then decided who would be ahead in the captaincy game.

Elephant calf gets stuck in ditch, officials work at night to rescue it. Watch

Shilpa Shetty injures herself while shooting, says she took her team’s advice to ‘break a leg’ literally

TikTok’s Impact on Children Being Investigated in US