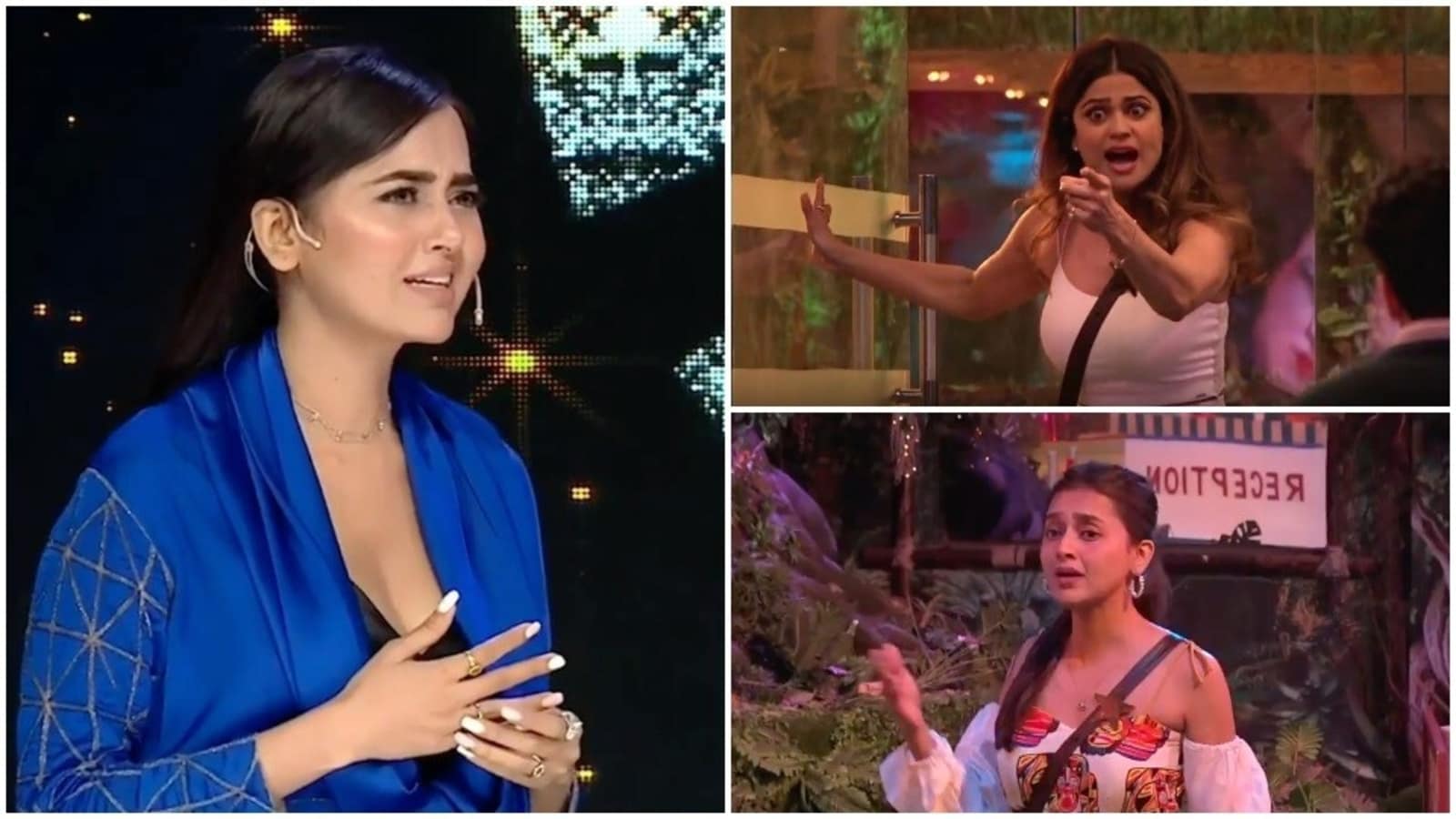 Tejasswi Prakash once spoke about how it is derogatory to call a woman ‘aunty’. Fans found it quite ironic how she called Bigg Boss 15 co-contestant Shamita Shetty ‘aunty’ this week.

Actor Tejasswi Prakash recently got into a major fight with Shamita Shetty on Bigg Boss season 15. Accusing Shamita of getting handsy with her boyfriend Karan Kundrra, Tejasswi called her ‘aunty’, something that did not sit well with Shamita.

Fans of Bigg Boss dug out an old video of Tejasswi from her appearance on Ladies Vs Gentlemen. In the episode, the participants discussed whether calling a woman ‘aunty’ is disrespectful. Tejasswi revealed how a man just a bit younger than her once called her aunty. “Mere saath hua hai. I am like, ‘Main itni bhi badi nahi hoon. Aunty?’ I’ll be honest, maine aise react kiya hai (It’s happened to me. I told him I am not that old. Aunty? I’ll be honest I have reacted like that),” she said.

“Maine bohot saari auntiyon ko, jo genuinely mujhse bohot badi hai, jinko main aunty hi bulaungi, unko bhi problem hui hai. A lot of people jo aunty wale age group mein hai, they don’t want to believe ki woh aunty wale age group mein hai (There have been instances that women much older to me have also objected to being called aunty. A lot of people who are older don’t want to believe that fall in the ‘aunty’ category),” she added. When Rithvik Dhanjani said it is not derogatory, Tejasswi said, “For women it is.”

Also read: Shamita Shetty vows to marry in 2022, says ‘I don’t know him at all’ on being told not to rush things with Raqesh Bapat

During a task on the show, Tejasswi teased Karan and Shamita after she gave him a massage. “It is Karan Kundrra and not Raqesh Bapat. Isse pahele aapne apne task ko kabhi itna seriously nahi liya tha (Before this, you never took your task so seriously).”

Tejasswi added, “Lo aunty chadh gayi us pe bhi (Aunty is after him as well).” Shamita got angry at the remark and respond with, “It’s a task and you have no business calling me an aunty.” Shamita got visibly furious and told Karan she is not saying anything for his sake.