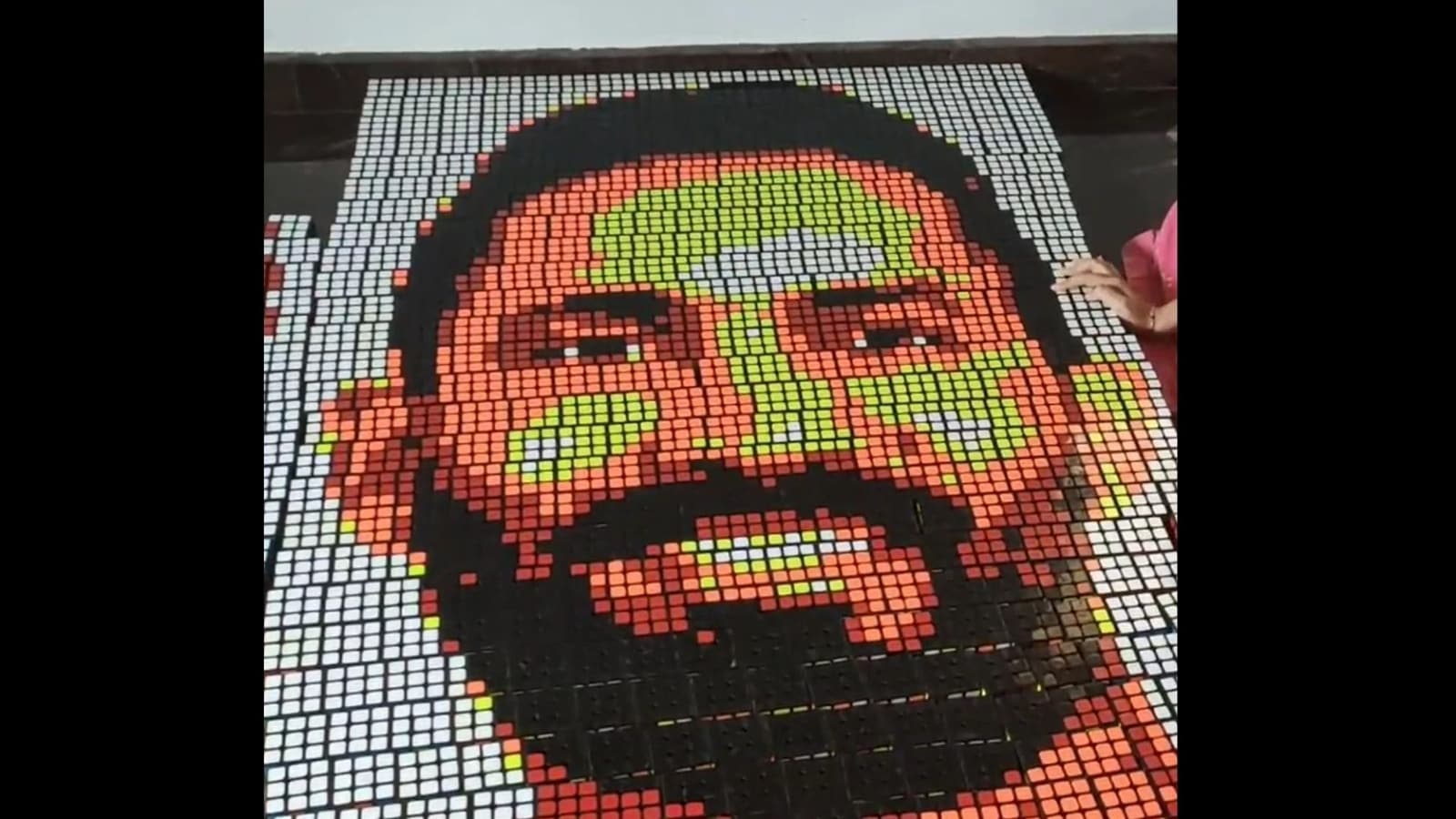 Indian cricketer Dinesh Karthik reacted to a fan’s portrait of him that he had made using Rubik’s Cubes. The veteran cricketer captained Team India for the first time in his career during a warm-up T20 match against Derbyshire in Derby on July 1. To pay tribute to Dinesh Karthik and congratulate him on captaining Team India, Pritveesh K, a mosaic artist and a speedcuber, shared the video of creating his portrait using 600 Rubik’s Cubes.

The 29-second video was posted 22 hours ago and it has received more than 85,000 views so far. Dinesh Karthik’s portrait was made using 600 Rubik’s Cubes, the tweet says. The video shows kids pulling the Rubik’s Cubes in place to reveal the profile of the cricketer and it’s quite stunning. “@DineshKarthik will lead team India. 600 Rubik’s cube mosaic artwork,” he wrote as a caption to the video.

Pritveesh replied to Dinesh Karthik’s tweet and wrote, “Thank you so much, sir! You made my day!”

Pritveesh is also a Guinness World Records holder, his Twitter bio says. He works as a cybersecurity engineer.

Dinesh Karthik made a comeback to the Indian team after a stupendous showing in the IPL where he smashed 333 runs at a strike rate of 183.33. He played the T20 series against South Africa at home and scored 92 runs in four innings at an average of 46 and a strike rate of 158.26.

Dog quickly snatches stick from man who was pretending to do magic trick. Watch