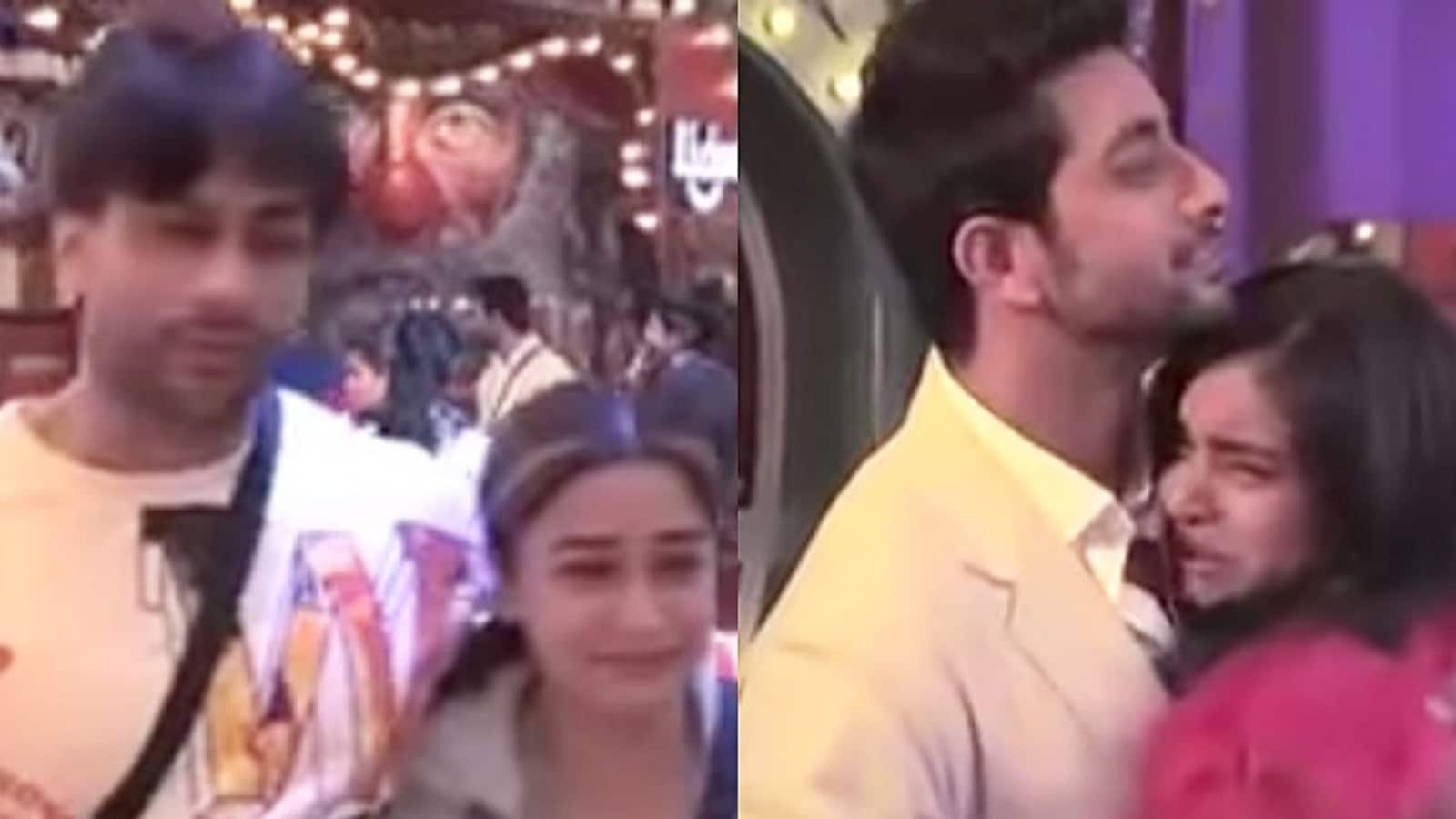 A promo of the upcoming episode of Bigg Boss 16 was released by ColorsTV on Thursday, in which an angry Shalin Bhanot is seen criticising Sumbul Touqeer for not leaving him alone. Tina Datta is also seen angry at Sumbul, accusing her and her father of assassinating the actor’s character on national TV. In another promo, Sumbul’s friend Fahmaan Khan will also be seen entering the Bigg Boss house as a ‘wildcard entry’. Sumbul and Fahmaan worked together in the popular show Imlie. Also read: As Sumbul Touqeer’s dad calls Tina Datta ‘kamini’, Kushal Tandon and Kashmera Shah defend her

In the first promo, Shalin told Sumbul in the presence of other contestants in the living room not to talk to him and Tina and to stay away from them. “Why the f*** is she talking to us… door raho… hamari kya galti hai, wo khud he aa rahi hain (stay away from Tina and me, what is our fault when Sumbul keeps coming to us to talk),” Shaleen said while kicking a table inside the living room. Responding to him Sumbul said, “Tumse kab ayi baat karne main (when did I come to talk to you).”

It appeared that Shalin and Tina might have become aware of the telephonic conversation between Sumbul and her father, wherein the latter had made derogatory statements against Tina and Shalin, and asked his daughter to show them their ‘aukat (place)’ on national TV.

Tina is also seen bumping her fist against the wall seemingly in reaction to the statement made by Sumbul’s father in a latest Bigg Boss 16 episode. Tina said, “Log wahi bol rahe hain jo bahar dikh raha hai… mera character assassination kar rahe hain (he is assassinating my character).” Sumbul looked shaken after Shalin and Tina’s outburst, while the other contestants were seen trying calm Sumbul down and requesting assistance from Bigg Boss.

Sharing the clip, the channel wrote, “Shalin ko aaya gussa. Aakhir kya ho raha hai between him, Sumbul and Tina (Shalin got angry. What is happening between him, Sumbul and Tina)?” Many social media users on Instagram reacted to the video, with one Sumbul fan commenting, “Tina has been playing a dirty game; day one se wo Sumbul ke piche pari hai or Sumbul pyar karti hai Shaleen se ye isi ne failaya (Tina has been after Sumbul from day one and she had herself started the rumour about Sumbul liking Shaleen).”

In another promo shared by ColorsTV on Thursday, Fahmaan Khan was seen entering Bigg Boss 16 as the first wildcard. In the clip, Sumbul was seen giving him a hug, and saying, “Mera Fahmaan… yeh sapna hai kya? Tu sachi mein aa gaya? Yeh aa gaya na, ab mujhe kuch nahi chahiye… I love you Fahmaan (My Fahmaan is here. Is this a dream? I thought you will not come… He is here now, I don’t need anything else).” The actor said in response to Sumbul, “Mere ko laga tujhe zaroorat hai (I thought you needed me).”