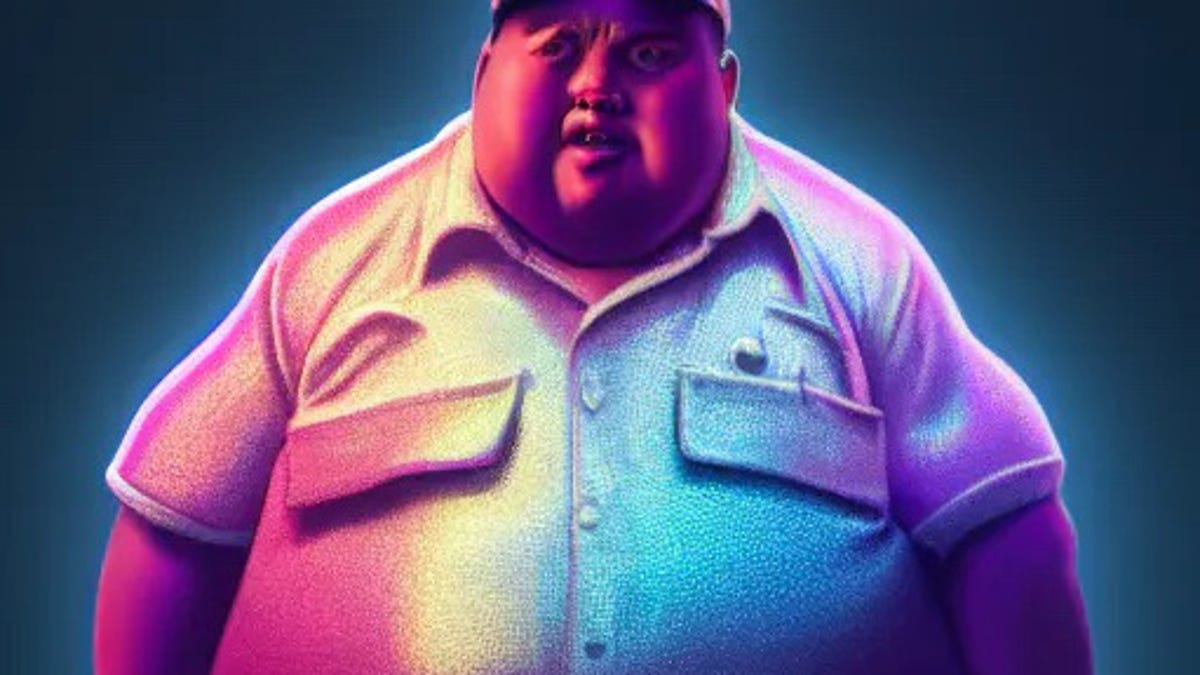 The gig economy, coupled with on-demand everything, has its perks. But if you work as a delivery driver, your health is probably in shambles.

Circuit, a company that makes last mile route planning software, surveyed 1,000 delivery drivers about their health and habits. The team then used AI to visually represent what those drivers are likely to look like in the next 25 years if habits don’t improve.

The results, rendered by AI, pack a real punch.

They also highlight the role visual representation — which is now the purview of AI, thanks to OpenAI’s DALL-E and other AI image generation engines — can have in data-driven persuasion.

Also: How to use DALL•E 2 to turn your wildest imaginations into tangible art

What are these bad habits? Let’s start with the fact that more than 50% of delivery drivers are unsatisfied with their overall health. That’s not surprising since one in four report spending more than seven hours on the road each day.

Lower back pain (47%), lack of sleep (37%), and a hunched back (36%) are the most common ailments delivery drivers struggle with. But cardiovascular and obesity issues aren’t far behind, which isn’t surprising given that over 50% of American delivery drivers consume fast food while on the job. More than 20% of respondents reported problems with blood pressure, cholesterol, and respiratory issues.

More than one in three drivers also reported lack of sleep, which is a significant factor in mental health and wellbeing (to say nothing of an important safety factor when it comes to professional drivers).

Unfortunately, there’s no simple solution. One issue with pushing back against the driver labor ecosystem is that it’s quite fractured. Amazon, to use one major example, doesn’t employ most of the drivers you see tooling around in its trucks. Instead, it contracts with more than 3,000 delivery companies globally, accounting for close to 300,000 drivers worldwide. That makes organizing drivers to lobby for benefits and health standards extremely difficult.

Similarly, gig workers that deliver for app-based services like DoorDash and UberEats are balancing the perks of flexibility with the demands of a job with no safety net. Since Uber and Lyft drivers are independent contractors under the law, they don’t have the right to unionize per National Labor Relations Board regulations.

All of which leads to cultures of disposability among delivery drivers. For those who do stick it out, a grim future awaits.

Circuit utilized AI to visually depict what delivery drivers might look like if they don’t change their unhealthy habits. The software interpreted ailments, like “not healthy, obese, rounded shoulders, baggy eyes, unhappy,” to generate a randomized image.

Circuit has some tips for ways dispatchers and logistics companies can do better for their drivers. For those who don’t work for a conscientious employer, the best bet is probably to pivot to a new field if you’re able.

Pilot leans out of plane’s window to get passenger’s forgotten phone from airport crew. Watch