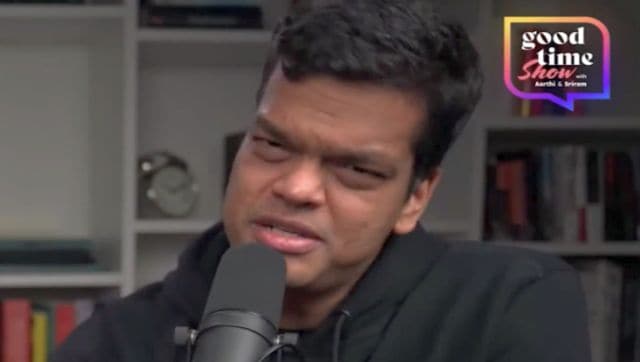 Tesla and SpaceX founder Elon Musk is officially the owner of Twitter after months of the ‘will he, won’t he’ game. The billionaire has hit the ground sprinting after his Twitter takeover, seeking major changes to the platform only days after finalising his controversial $44 billion purchase.

One of Musks biggest changes to the platform was the ouster of CEO Parag Agrawal as well as Vijaya Gadde, the head of legal, policy, and trust at the San Francisco-based company. Moreover, documents filed on Monday with the US Securities and Exchange Commission (SEC) showed that Musk has become Twitter’s sole director after dissolving its corporate board.

As one Indian-origin Twitter employee exits, Elon Musk has brought on board another to help him with the overhaul of the company — Sriram Krishnan.

Now that the word is out: I’m helping out @elonmusk with Twitter temporarily with some other great people.

I ( and a16z) believe this is a hugely important company and can have great impact on the world and Elon is the person to make it happen. pic.twitter.com/weGwEp8oga

So, who exactly is Sriram Krishnan and how will he help the ‘Chief Twit’ in his efforts to make Twitter “maximum amazing”.

Who is Sriram Krishnan?

Born in Chennai and a graduate of SRM Engineering College, Anna University (2001-2005), Krishnan — a US citizen — is an investor, technologist, and engineer. Born in “typical middle-class Indian upbringings” as per a New York Times article, he moved to the United States at the age of 21 in 2005 where he started his journey in the tech space.

His tech career started in Microsoft in 2005, where most of his work was for the Windows Azure division. As per his LinkedIn profile, he then joined Facebook where he scaled the mobile app download ads product/business. Krishnan then left Facebook in February 2016 to help lead advertising efforts at Snapchat’s parent company Snap. He quit Snap in February 2017.

It was then in September 2017 that he was hired by Twitter as its senior director of product. During his stint with the micro-blogging website, he led a core consumer teams, which was responsible for products including the home timeline, new user experience, search, discovery, and audience growth.

His experience and work drove Twitter user growth to more than 20 per cent (YoY) growth in two years.

After a successful two years at Twitter, he quit the company and currently is a general partner at Andreessen Horowitz (a16z), which is a venture capital fund that invests in crypto and web3 startups. Incidentally, Andreessen Horowitz invested in Musk’s buyout of Twitter.

He also serves on the boards of Bitski, Hopin, and Polywork in a personal capacity.

Well-known in Silicon Valley, Krishnan also hosts a podcast — Aarthi and Sriram’s Good Time Show — with his wife, Aarthi Ramamurthy, on the social audio app Clubhouse, where he covers tech and crypto.

In fact, in 2021, Tesla Inc cofounder Elon Musk was a guest on the podcast. Krishnan had later told the New York Times that he managed to get Musk on board after merely texting him. Since his takeover of Twitter, Elon Musk has been swiftly changing the company from the inside out and also made announcements of further changes — from increasing subscription fees to revising the verification process for the prestigious blue tick.

As per a report in The Verge, the world’s richest man has been holed up in a sectioned-off area of Twitter’s San Francisco headquarters, working late into the night and weekend trying to ideate and introduce revisions to the social media platform along with his inner circle that includes Krishnan.

From flamethrowers to challenging Putin to combat, why Elon Musk is the king of publicity stunts

Twitter Takeover: What’s the $57.4 million ‘golden parachute’ that Parag Agarwal is entitled to?

Musk is bound to use Krishnan’s prior experience of working at Twitter to reshape the company and monetise it.

Krishnan has always been passionate about his work at Twitter, something that was evident even when he joined the company back in September 2017. He had then written in a now-deleted tweet, “It is something I deeply care about and I couldn’t pass up a chance to be a part of it.”

Krishnan has also been positive about changes to Twitter. He was quoted as saying, “Really excited for the future of Twitter. This platform has given me and countless others so much.”

It will be interesting to see if Krishnan, who tweeted that he would continue with his day job, along with Elon Musk revolutionise Twitter and how successful they are. For now, all we can do is sit and watch.

Boy gives a special gift to newborn brother, then does this. Watch