Elon Musk is reportedly shaking up Twitter’s verification system and it hasn’t been well-received by the users. AFP

The new era of Twitter is here after Elon Musk took control of the social media platform. As the world’s richest man took charge of the company, he began with swift firings — including that of CEO Parag Agrawal, CFO Ned Segal and policy chief Vijaya Gadda.

Since then, the man behind SpaceX and Tesla has been working day and night trying to introduce more changes at Twitter, including revisions in the content policy as well as the verification process, which provides a ‘Blue tick’ to verified accounts.

However, his decision to charge users for the prestigious ‘blue tick’ has irked many, including bestselling author Stephen King, who has slammed the billionaire for the move, saying if the new rule gets instituted, he would leave the micro-blogging website. Mind you, King has 6.9 million followers and is known worldwide.

$20 a month to keep my blue check? Fuck that, they should pay me. If that gets instituted, I’m gone like Enron.

As Musk deals with the backlash over his proposed move, we decode for you what exactly is the Twitter blue tick all about and why there’s such a hue and cry about paying for it.

Post his tweet, Platformer reported that Musk was thinking of introducing a $4.99 (Rs 412) a month charge for users to retain their ‘blue’ badges. The Verge then reported that Musk and his team was planning to charge users $19.99 (Rs 1.653) a month for the new Twitter Blue subscription.

Furthermore, Twitter accounts that already have the verification, will have to comply with this new mechanism and pay up for the blue tick. The report suggests that verified users will have a total 90 days to move to Twitter Blue or they will end up losing their checkmark.

The report caught the attention of many netizens; some cried foul over the move, while others mocked the decision.

The Elon Musk $20 a month for a blue tick idea is one that is so bad, it has the power to destroy Twitter on its own. One, attaching a monetary value to the blue tick destroys its desirability completely. It’s like giving out Olympic gold medals to the highest bidder.

English comedian and actor Kathy Burke criticised Musk and suggested he should be paying her instead for her content on the platform.

“Musk can f*** off with his idea of charging blue-tickers,” she said. “I give my all to this hell site for FREE. Cheeky b**** should be paying ME. Don’t need the poxy thing anyway. He may take our vibes but he’ll never take our memedom!”

Stephen King’s ire at the proposed payment plan prompted a response from the ‘Chief Twit’ himself, who appeared to negotiate with the author on the charge, saying, “How about $8?”

We need to pay the bills somehow! Twitter cannot rely entirely on advertisers. How about $8?

Musk then adds, “I will explain the rationale in the longer form before this is implemented. It is the only way to defeat the bots & trolls.” 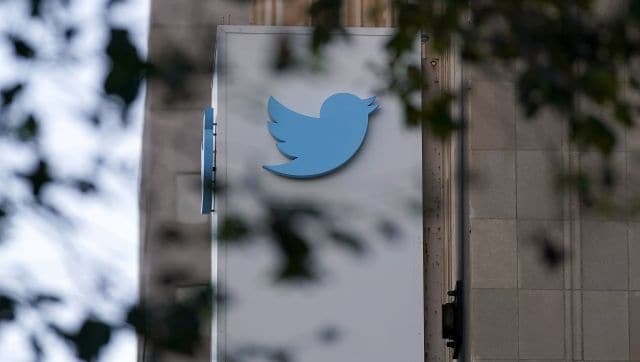 Twitter headquarters in San Francisco. Elon Musk has taken control of Twitter after a protracted legal battle and months of uncertainty. AP

Fuss over the blue tick

The blue tick that appears on a person or organisation’s Twitter page indicates the authenticity of that account. Simply put, it means that the account does belong to that entity and it isn’t a parody account.

While Musk sees the blue checkmark as something akin to a status symbol, it goes much beyond that — it allows a person to be considered trustworthy and helps users discover high-quality sources of information.

In fact, the verification process started in 2009 after a legal squabble with Tony La Russa, the former manager of the St. Louis Cardinals. La Russa sued Twitter because he was being impersonated on the platform.

If Musk went ahead with his plan of charging customers for the blue tick, then anyone with the money would be able to acquire it and pass off less-than-reliable information as ‘verified’. Thus, enabling the platform to become a treasure trove of misinformation and fake news — an issue that the company is already fighting.

How does verification work presently?

As of date, anyone can apply for Twitter verification. To get a blue checkmark, an account must be notable and active.

The platform allows users to apply once every 30 days and involves steps such as submitting a photo of your driver’s licence or linking a news article that references your Twitter handle, all in the interest of proving to the company and the world that you are indeed who you claim to be.