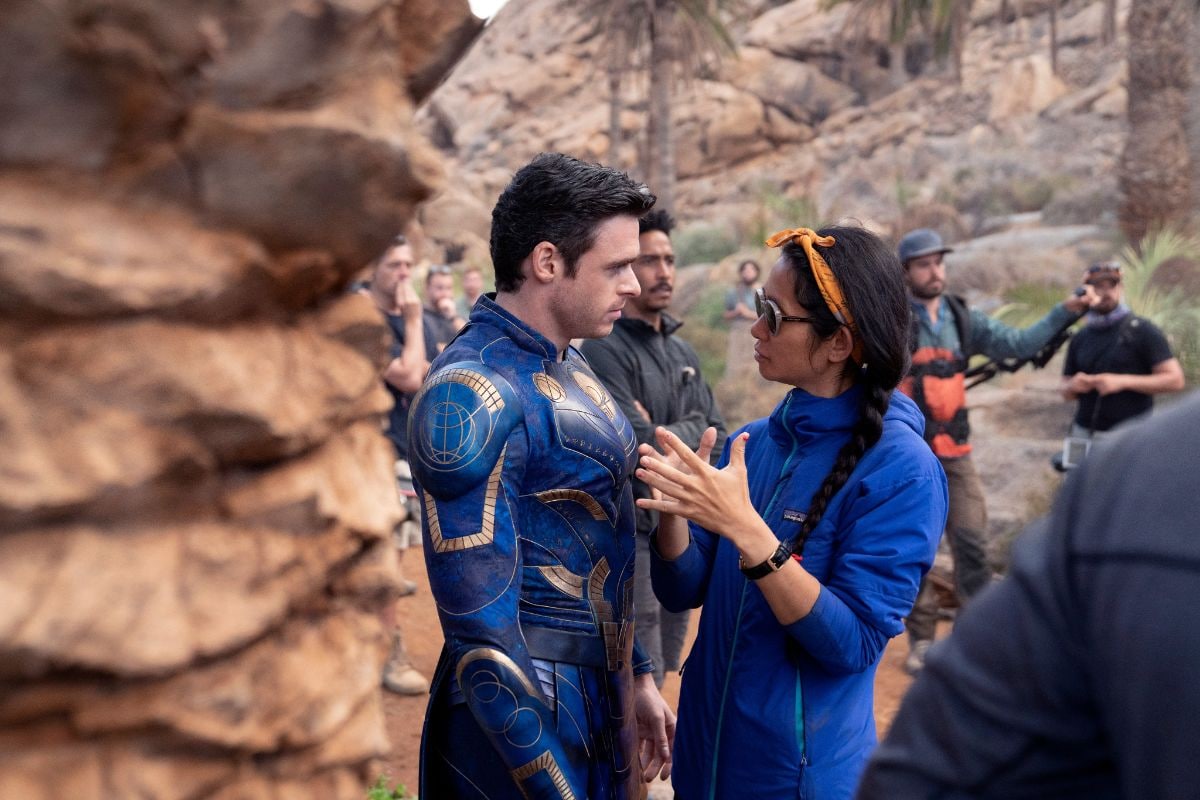 Eternals sequel might be happening with Chloé Zhao returning to direct. Patton Oswalt accidentally spilled the beans in an interview with The Today Show, suggesting that an Eternals sequel has been “announced”. The 53-year-old actor-comedian voiced Pip the Troll in the 2021 film, and hopes for more scenes with him and Starfox, played by Harry Styles. Both characters appeared in a mid-credits sequence attached to the Eternals, setting up a future for the Marvel Cinematic Universe.

“They have announced there is going to be an Eternals sequel. Chloé Zhao is going to direct it,” he said when asked about his involvement in the MCU. “So, hopefully, there will be more adventures of Starfox and Pip.” Lore-wise, Eros/ Starfox is brother to the mad Titan Thanos, who was previously defeated in Avengers: Endgame. The character, played by musician-actor Styles (Dunkirk), appears in a mid-credits sequence as his companion Pip introduces him as the great adventurer of Mystery Planet.

While the title card at the end of Eternals said, “Eternals will return,” at this stage, the future isn’t official. While Oswalt claims Marvel Studios has “announced” Eternals 2, no such announcement has been made yet. It’s possible that Oswalt has revealed something that Marvel was keeping for Disney’s D23 Expo in September. That said, Marvel producer Nate Moore has stated that an Eternals sequel is not a “must-have”, possibly owing to the mixed reception it received.

In the comics, Starfox created Pip as a companion, after fleeing from his home planet Titan in hopes to become a space outlaw, similar to Star-Lord. The two became inseparable and went on to defeat the adversary, Black Roger. In the MCU, Starfox’s past is unclear as he was introduced out of the blue. Upon learning that Thena (Angelina Jolie), Makari (Lauren Ridloff), and Druig (Barry Keoghan) were trying to locate their teammates, he and Pip offered to help them.

A post-credits scene also revealed that Kit Harington’s (Game of Thrones) Dane Whitman — the future Black Knight? — had come into possession of the Ebony Blade. It also featured a voice cameo for Mahershala Ali as Blade. Harington is expected to reprise his role in the upcoming Blade movie, set to release in November 2023.

Before we get Eternals 2, there’s a lot more coming from the MCU.

Dog provides love and affection to lamb that was abandoned by her mother. Watch