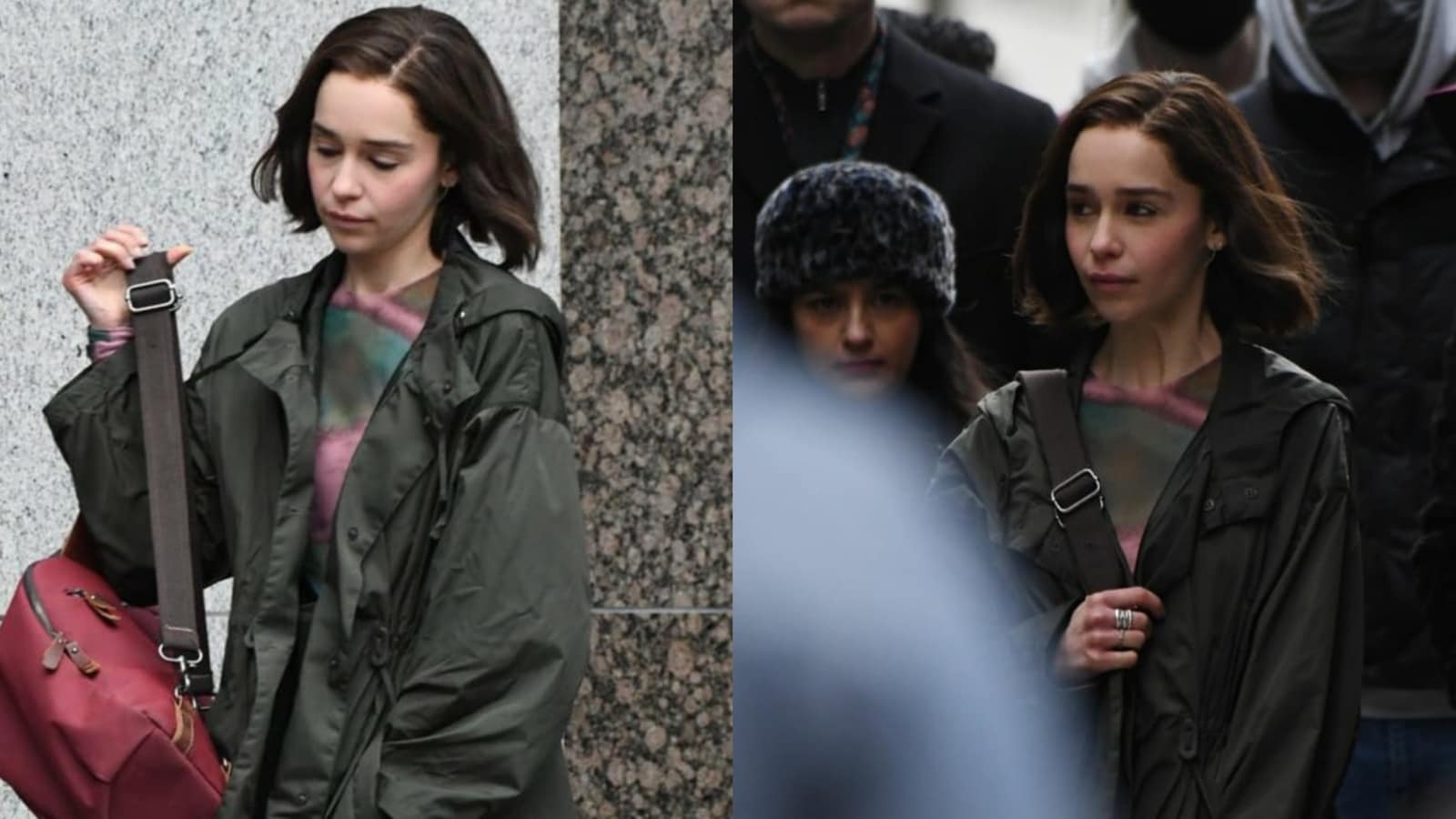 Pictures of Emilia Clarke from the sets of her Marvel debut Secret Invasion have surfaced, revealing the actor’s look from the upcoming project. The Game of Thrones star has been filming in the UK for the Marvel Cinematic Universe series.

In pictures that are doing rounds on social media, Emilia can be seen shooting in the UK along with the cast and crew. As per some reports and pictures, MCU veteran Samuel L Jackson–who plays Nick Fury in the franchise–is also shooting with Emilia.

The pictures show Emilia dressed in a long coat, trousers, and boots, carrying a red duffel bag walking across the street. According to Leeds Live, the filming is taking place in Leeds city centre, which has been cordoned off and made to look like a Russian street. Several fan-made videos and pictures have surfaced from the shoot. One from the other set show Emilia, now with a blue puffer jacket, speaking to the crew. A video shows her walking with co-star Cobie Smulders.

Secret Invasion is being produced by Marvel Studios for Disney+. The series, which also stars Samuel L Jackson, Ben Mendelsohn, and Cobie Smulders, is based on the Marvel Comics series of the same name. The comic series focusses on a long-term invasion of Earth by a group of alien shapeshifters known as Skrulls, who have secretly replaced many superheroes in the Marvel universe. The six-episode series will premiere in late 2022.

The Skrulls were introduced in the MCU in Captain Marvel, which starred Brie Larson and Jude Law apart from Samuel and Ben. While not much is known about the plot or Emilia’s character in the series so far, the actor recently expressed excitement to be part of the MCU. “To be part of that family feels like, ‘Oh my god, I’m in the cool kid crowd. That’s so cool.’ Honestly speaking, the people that are making this are what pushed me over the line to really wanting to do it. I just think that everyone’s heart and heads are in the right place with this one,” she told ComicBook.com

Secret Invasion marks Emilia’s return to the small screen since her breakthrough role in Game of Thrones. Emilia played Daenerys Targaryen, one of the protagonists in HBO’s successful fantasy series for eight seasons from 2011-19.

Bear climbs up a tree after being chased by two pet dogs. Watch

Amazon, Union Group Said to Face Off in a Rematch Election in New York

iPhone 14 eSIM: How to transfer your number to Apple’s newest iPhone