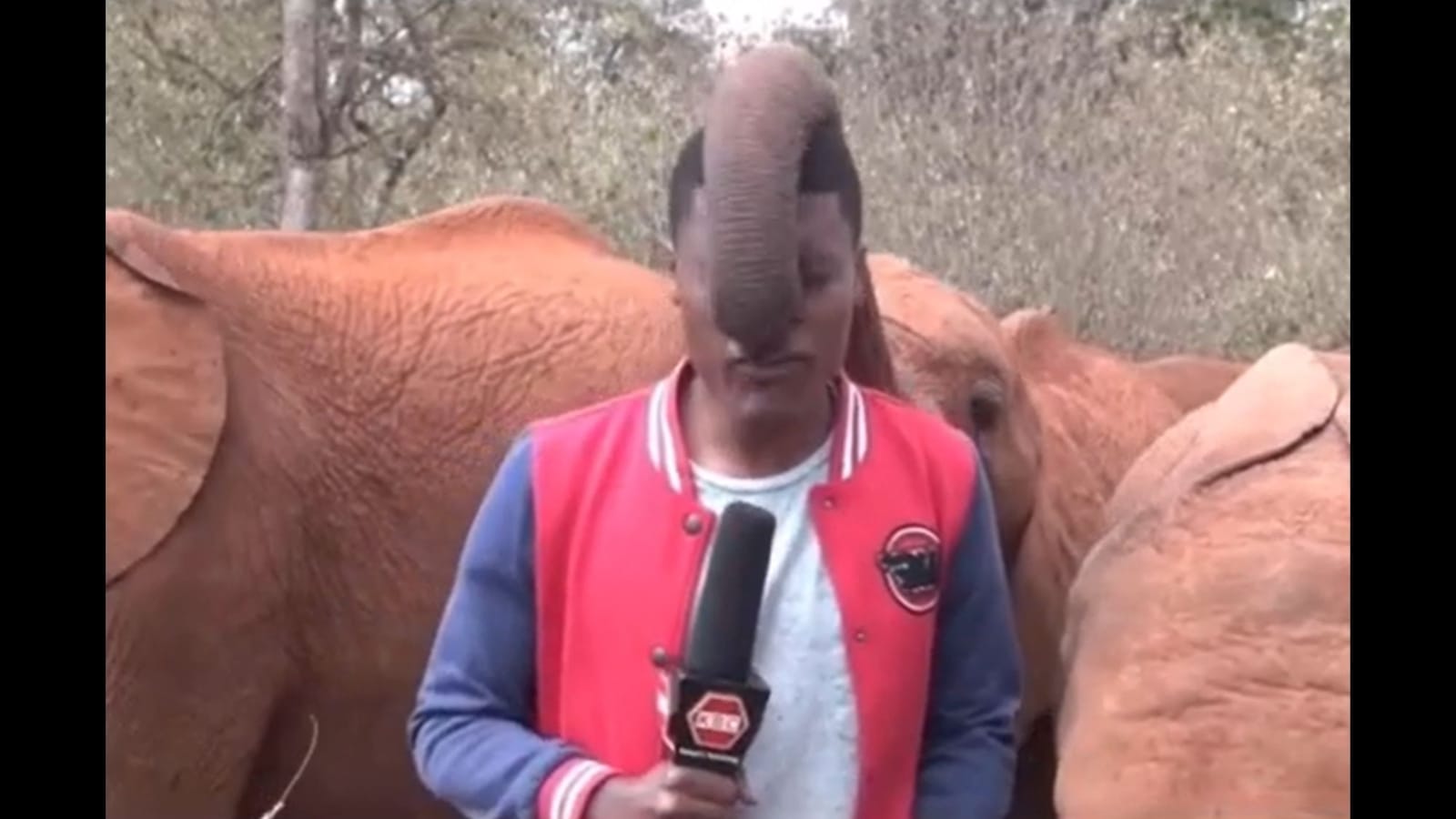 In an absolutely heartwarming moment caught on camera, an elephant decided to shower love on a TV reporter while he was talking about a wildlife trust and orphaned elephants in their care. Journalist Alvin Patterson Kaunda tried to stay professional for a long time, but he burst into laughter after the elephant used its trunk’s dab to kiss him on his face.

The cutesy video was posted on Sheldrick Wildlife Trust’s Instagram handle. The page has over one million dedicated followers who look forward to the trust’s excellent posts on elephants. “Everyone wants to be the star! Kindani was so inspired by Alvin’s performance that she decided to steal her own moment in the spotlight,” read the video’s caption.

The video shows Kaunda reporting about orphaned elephants and stressing about saving animals in the wild. He was talking about providing them with a home when one of the elephants at Sheldrick Wildlife Trust decided to kiss him. It first pecked him on his left ear before advancing towards his face. Adorable, isn’t it?

Since being shared a few hours ago, the video has raked up more than 80,000 views. It has also gathered over 9,500 likes and several comments.

“This is too adorable for words,” posted an individual with a heart emoticon. “Awesome. This gave me a laugh out loud moment,” wrote another. “This is so so so good!” shared a third. “HAAAAHAHAHAHA I’m impressed he managed to stay professional for so long,” expressed a fourth. “That’s got to be the most beautiful out take ever,” remarked a fourth with laughing emoticons.