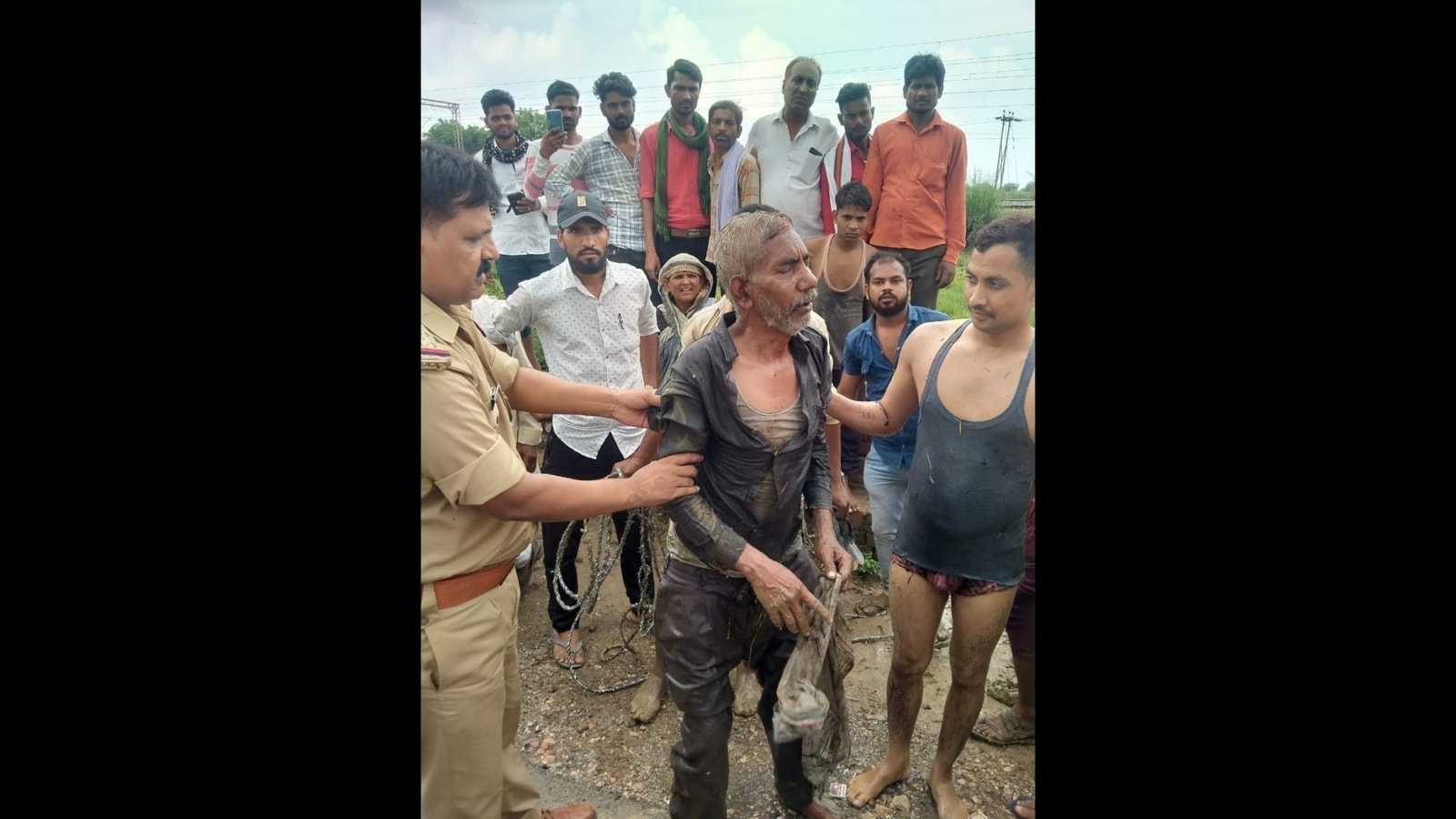 Agra Police recently took to Twitter to laud the efforts of their Constable Sandesh Kumar and the Barhan Police Station team, who rescued an elderly man trapped in a swamp. The Agra Police also shared a video of the rescue operation. Soon after, the video racked up thousands of views, and netizens started praising the police constable and the team for completing the risky task.

“On the information of an old man being trapped in the swamp, the constable of the police station, Mr. Sandesh Kumar, showed an indomitable courage and descended into the swamp with the help of rope, and rescued the old man trapped in the swamp. Agra Police, always ready to serve you,” reads the caption of the video, when translated from Hindi, posted on Twitter with the hashtag #UPPcares. They also tagged UP Police in their post.

The video shows how the police constable named Sandesh Kumar ventured into the swamp and rescued an elderly man with the help of a rope. Other members involved in the rescue operation held the rope to pull the two of them safely out of the swamp.

Agra police also shared that the elderly man, who was quite disturbed and injured, was immediately sent to the Community Health Center, Etmadpur, for treatment through a fire service ambulance. The 54-year-old man has been identified as Brajesh, a resident of Tajganj, Agra. They also shared that SHO Sher Singh led the rescue operation.

Since being shared two days ago, the video has accumulated over 1.4 lakh views and more than 12,400 likes. The share has also received over 2,240 retweets and several comments.

“Great job,” commented Saharanpur Police. “That is so commendable. Appreciate all involved in this rescue operation,” commented a user. “Thank you, UP Police, and this policeman is great,” shared another. East or West, UP Police is best! Keep doing good work! Respect,” posted a third. “Remarkable, the saviour needs to be awarded for his bravery,” expressed a fourth.

UP Police also shared the video from their official Twitter handle and wrote,”‘Marshals of safety’ Saluting the courageous efforts of Constable Sandesh Kumar & team PS Barhan of @agrapolice who marshalled the available resources to pull out an old man helplessly trapped in a marshy land.”

Chrome Users on Windows, macOS, Linux Must Update to Fix a High-Severity Bug