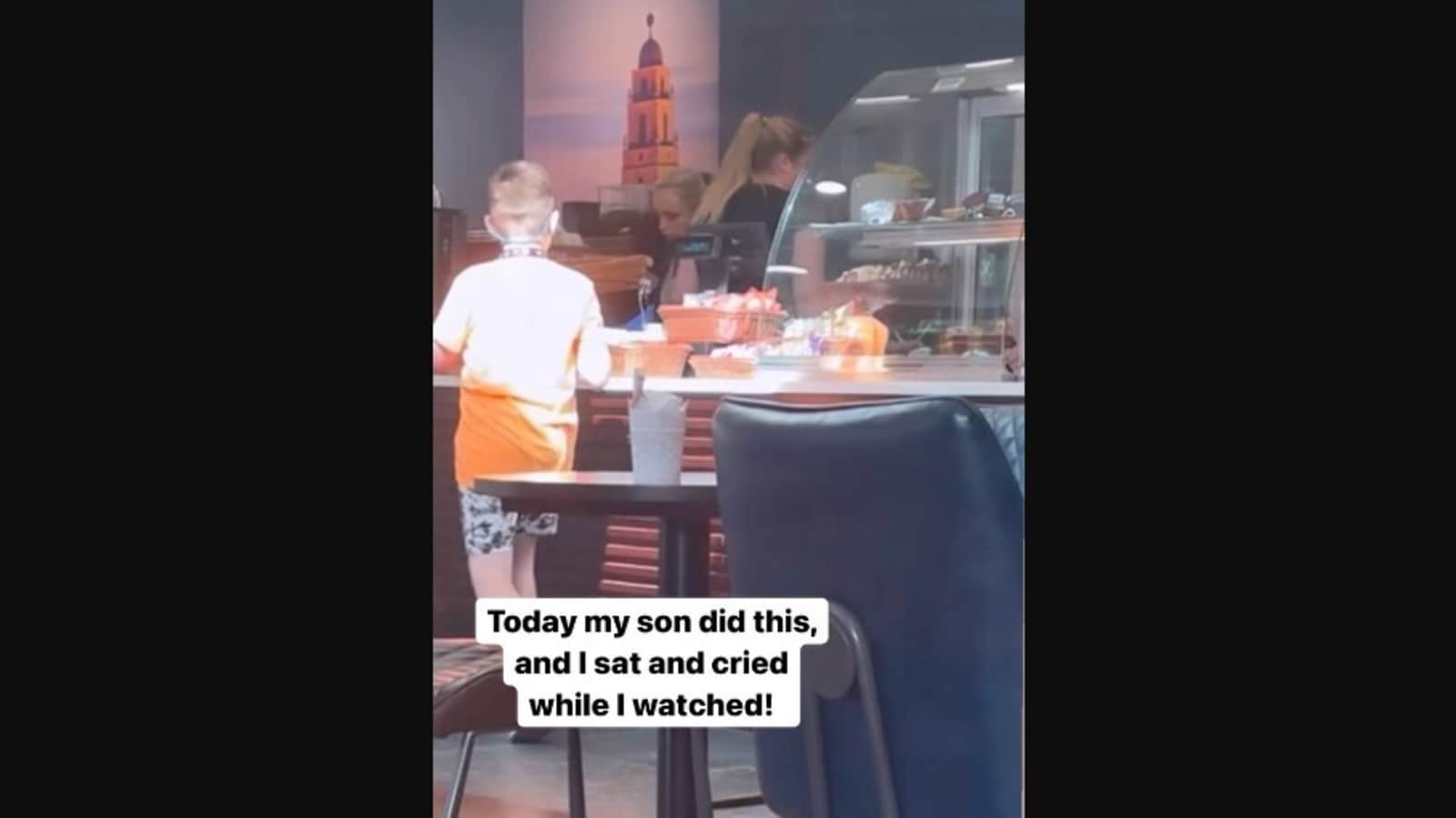 It was a moment of pride and happiness for a mother whose autistic kid placed an order at a cafe all by himself while she sat at a distance and recorded him. She also shared the video online, and it is gaining a lot of traction on social media. Many also posted heartfelt comments and gave a big shoutout to the kid for his efforts.

The video was shared on an Instagram page called MY BOY BLUE. It is dedicated to the kid named Riley. “I remember a time when someone told me he would never do this!!” read the caption of the video.

The video opens with a text that says, “Today my son did this, and I sat and cried while I watched!” It then shows Riley successfully placing an order for the first time. Another text insert that appears on the screen adds context to the video. It reads, “Riley is autistic and struggles hugely socially and also has a speech disorder! This is huge for him. Today he paid for his order by himself and answered questions at the till! If you know, you know!” Towards the end, Riley returns happily to his mother with a packet of crisps and holds his mother’s hand.

In another video, Riley can be seen queueing up with other people and waiting for his turn to place the order. “As if him doing it once wasn’t emotional enough. He went and did this. I obviously gave him money to go back and buy like 3 bags of crisps to make sure I could watch him over and over,” read the caption of the post.

Both videos received several comments from netizens. “Way to go Riley!” posted an individual. “Amazing!! Well done you Riley,” wrote another with clapping emoticons. “Never say never and no expiry date on progress. He’s amazing. Great job Riley you were a pleasure to serve no doubt,” shared a third.