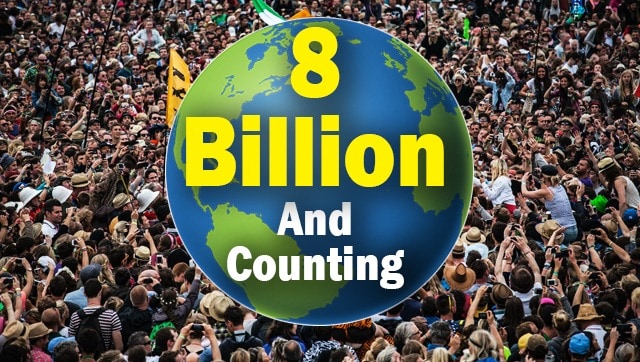 The report reveals that the average age of human beings has also increased by nine years to 72.8 years compared to what it was from 1990 till 2019.

According to the United Nations report, it is a milestone in human development. Improvements in public health, nutrition, sanitation and medicine are believed to be the main reasons behind this phenomenal growth.

According to the report, it has taken 12 years for the global population to grow from seven to eight billion, while by 2037 it will reach 9 billion.

According to the report, the overall growth rate of the global population is slowing down.

Population: India to take over China by 2023

India will overtake China to become the most populous country by the year 2023. The world population is estimated to reach 1040 million around 2080.

Half of the world will live in eight countries

By 2050, India, Pakistan, Congo, Egypt, Ethiopia, Nigeria, the Philippines and Tanzania will be home to 50 percent of the world’s population.

The slowest growth rate since 1950 has resulted in a decline in fertility in many countries. The population is growing at the slowest rate since 1950. In the year 2020, it has come down to less than one percent.

India’s population will decline in 2100

According to a report by the Institute of Health Metrics Evaluation, India’s Fertility Rate after 78 years, in 2100, will be at 1.29, far lower than the UN’s estimate of 1.69. India’s population may decrease by 433 million in the year 2100 from the estimated.

Highest number of migrants from Pakistan in last decade

Fox gets head stuck in a tyre and gets rescued by officers. View adorable post

Who recently became the first away player to score a hat trick at Old Trafford in the Premier League?