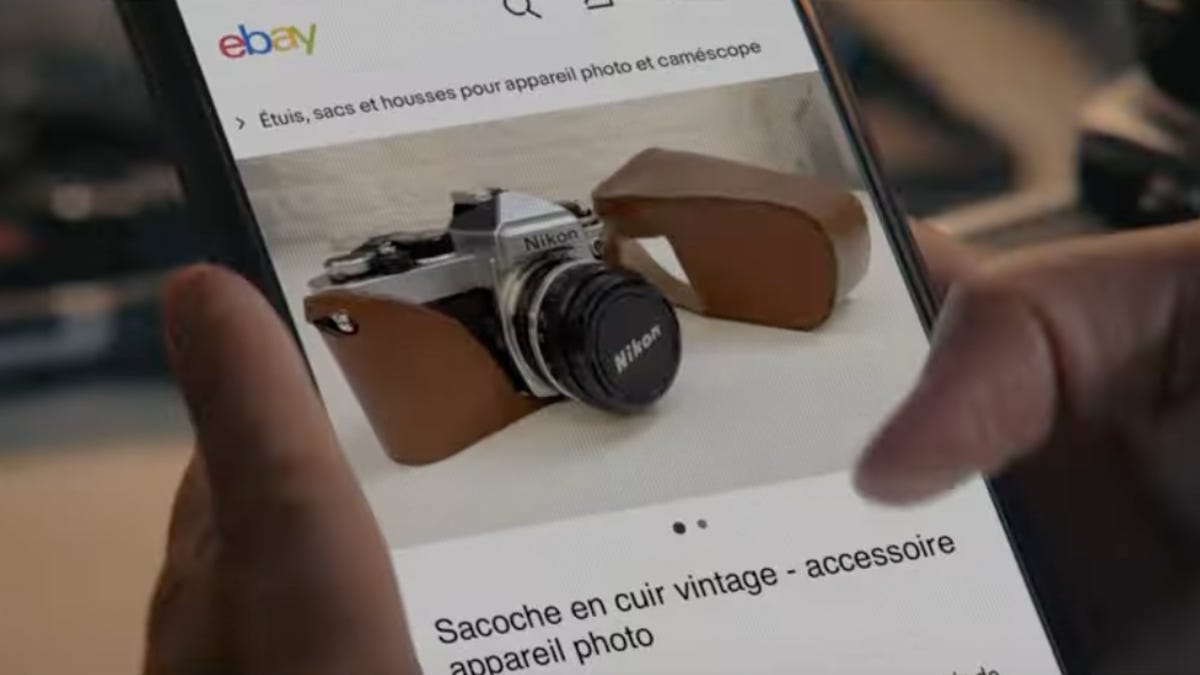 Amazon will, for the second time this year, soon grace you with extraordinary deals in its “Prime Early Access Sale”.

Just because it’s a fountain of beneficence, not because it has too much stuff in stock.

Also: Trade in your old devices for Amazon gift cards. Here’s how

I’d like you, therefore, to consider your options. Well, no, I wouldn’t, but eBay would.

I did, too, until I saw this wonderful attempt by eBay to attract your attention.

Created by its French arm, this is the story of a daughter and her miserable dad.

One day, while rummaging around in an old storage room, the daughter discovers dad used to be quite good at photography.

She brings some of the pictures to him and asks why he’d never told her he was so good.

“That was a long time ago,” he says. “I moved on to other things.” Then he walks out of the room.

There’s tension in the air. Mom looks on, as if she may know why he moved on. Or perhaps she’s just tired of his miserable wistfulness.

The daughter goes back to the storage room and finds dad’s old Nikon. She resolves to put it back together for him, so that he might put himself back together, at least a little.

It’s not easy for an ingénue to put an old camera back together. Nevertheless, she persists.

Also: The 6 best cameras: Up your photography game

Until, one day, dad comes home and finds his old Nikon is back in working order, courtesy of his daughter.

True to character, he says nothing, but his eyes say everything. He hugs his daughter, she hugs him, and I want to cry.

That’s when the ad’s makers know it’s time for a perfect piece of dialogue. He asks her how she did it. She replies that she didn’t do much, she just went on eBay.

Immediately, he unhugs her, stares at her, and says: “eBay? I didn’t think that existed anymore.” And I want to laugh.

The whole thing is marvelously performed, and a warming reminder that Amazon isn’t everything.