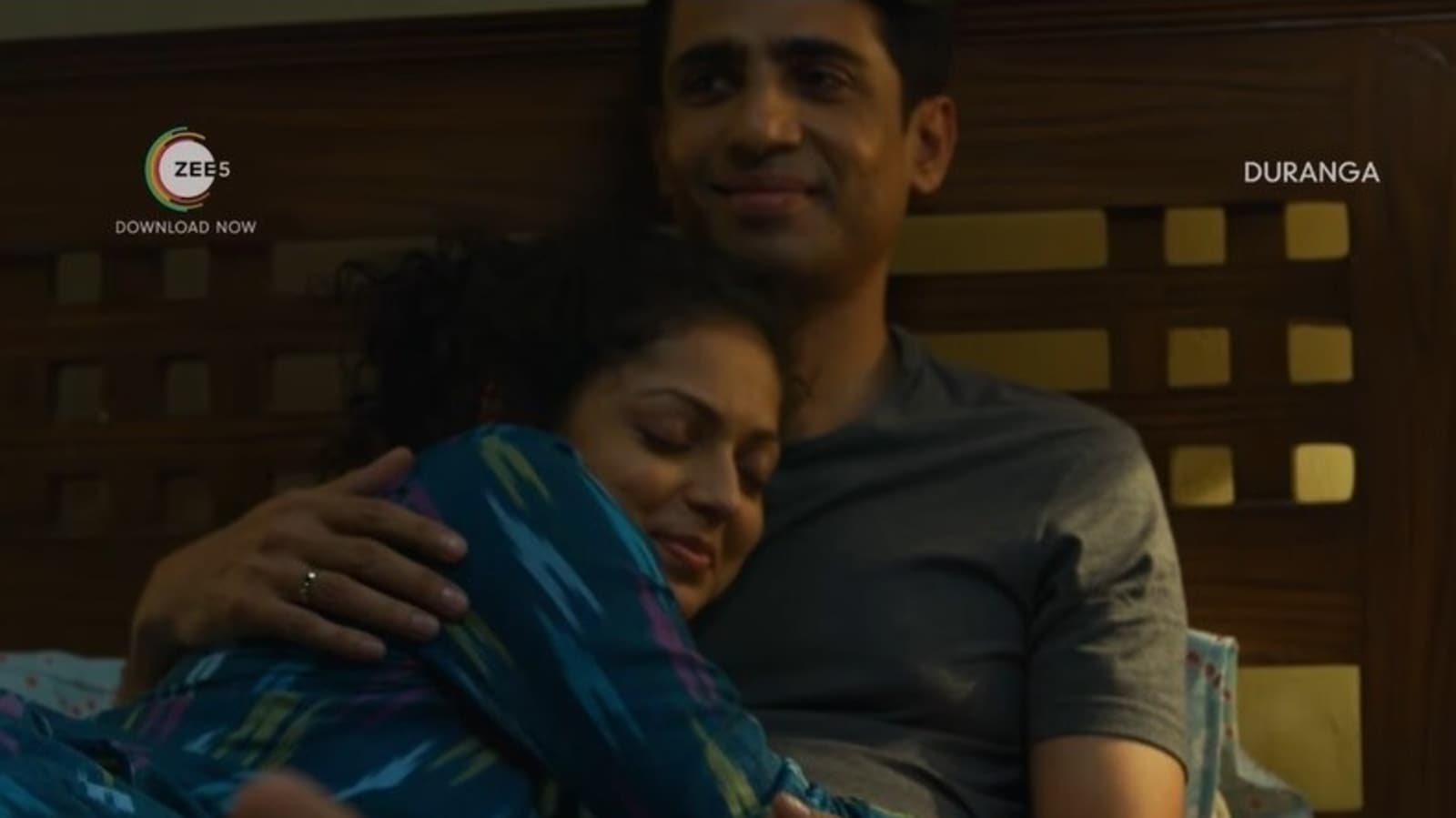 Gulshan Devaiah is back with a new suspense thriller, Duranga. The web series also stars Drashti Dhami. ZEE5 released the teaser of the suspense thriller on Thursday and it showed the two contrasting sides of Gulshan’s character. The actor plays a perfect man, husband and father on one hand and a murderer on the other. Also read: Gulshan Devaiah defends ‘star-kids’ amid nepotism debate after The Archies teaser

The show opens with how Gulshan’s Sammit Patel plays a successful chef, doting father and loving husband in the first half. The second half shows him as Abhishek, a wanted criminal who goes out killing people. Drashti, who is an investigative officer, makes efforts to identify the murderer.

The synopsis of the show reads: “Duranga chronicles the love story of Sammit (Gulshan Devaiah) and Ira (Drashti Dhami), that unfolds in three different timelines. Hiding a twisted past, Sammit maintains a facade of perfect man, father, husband or perfectly faking it all?”

Duranga is an official adaptation of the Korean show, Flower of Evil. Helmed by Goldie Behl and Shradha Singh, the show will premiere on ZEE5 in August. It is produced by Rose Audio Visuals.

Gulshan was last seen as a gay man in Badhaai Do. He was cast opposite Rajkummar Rao in the film that revolved around same-sex relationships. He will next be seen alongside Taapsee Pannu in Blurr. It is a horror thriller and the official Hindi remake of Spanish film Julia’s Eyes.

Drashti was last in web series, The Empire. She started as a television actor with her last prominent role in the TV show, Silsila Badalte Rishton Ka.

Recently, Gulshan spoke about the nepotism debate in Bollywood and said that it is no crime as filmmaking is a private business. He wrote on Twitter, “Opinion: The nepotism debate harnesses the angst & disdain that many have from within & outside the Hindi entertainment industry to serve the interests of a few who use it to settle personal scores. This business is tough & very unfair but nepotism is not it’s greatest problem.”

OnePlus will be unveiling the Nord 2T 5G on May 19, check out the specs and price- Technology News, Firstpost

Jurassic World Dominion Leaked on Torrents Ahead of Release in Cinemas