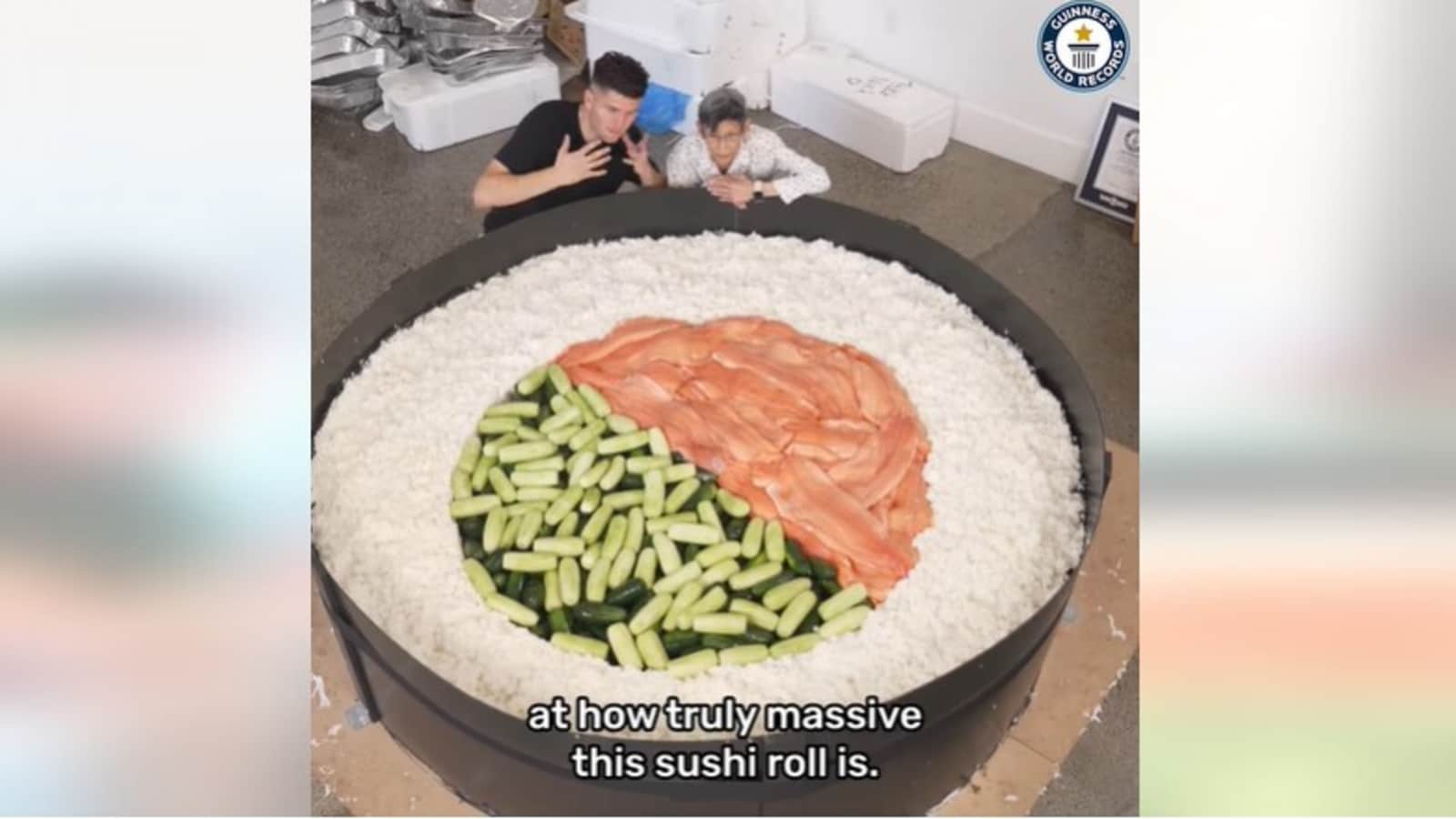 Guinness World Records (GWR) often takes to Facebook to share videos showing people creating various records. However, how many times have you seen people attempting to break a record while trying to make another? That is exactly what this latest video posted on GWR shows. The video captures a duo breaking a record set by celebrity chef Gordon Ramsay while trying to make the world’s largest sushi.

“Supersized sushi with Masterchef star Nick DiGiovanni and TikTok sensation Lynja,” the organisation wrote while sharing the video. The clip shows the duo talking about the ingredients they require to make the dish. While doing so, one of them also breaks Gordon Ramsay’s record of “Fastest time to fillet a 10lb fish.”

As the video progresses, the duo, along with their team, creates a huge single sushi piece. The video also captures how after achieving the record they donate the food to a charity that feeds homeless people.

While replying to their own post, GWR added some more info about the duo. “The two have risen to internet stardom from their viral cooking videos on TikTok, where together they have over 22 million followers. The hefty roll measured a whopping 2.16 m (7 ft 1 in) and required three hours and a team of eight to prepare, proving that in this case, there can never be too many cooks in the kitchen,” they wrote.

The video was posted a few days ago. Since being shared, the clip has gone viral and accumulated more than 2.5 million views. The video has also prompted people to post various comments.

“I love Lynja!!! What an awesome record to attempt,” wrote a Facebook user. “Gordon: ANY WAYS IT’S RAW,” joked another. “Mouth Watering Record!!!,” expressed a third.

Byju’s Raises $250 Million in Fresh Funding Round: All Details