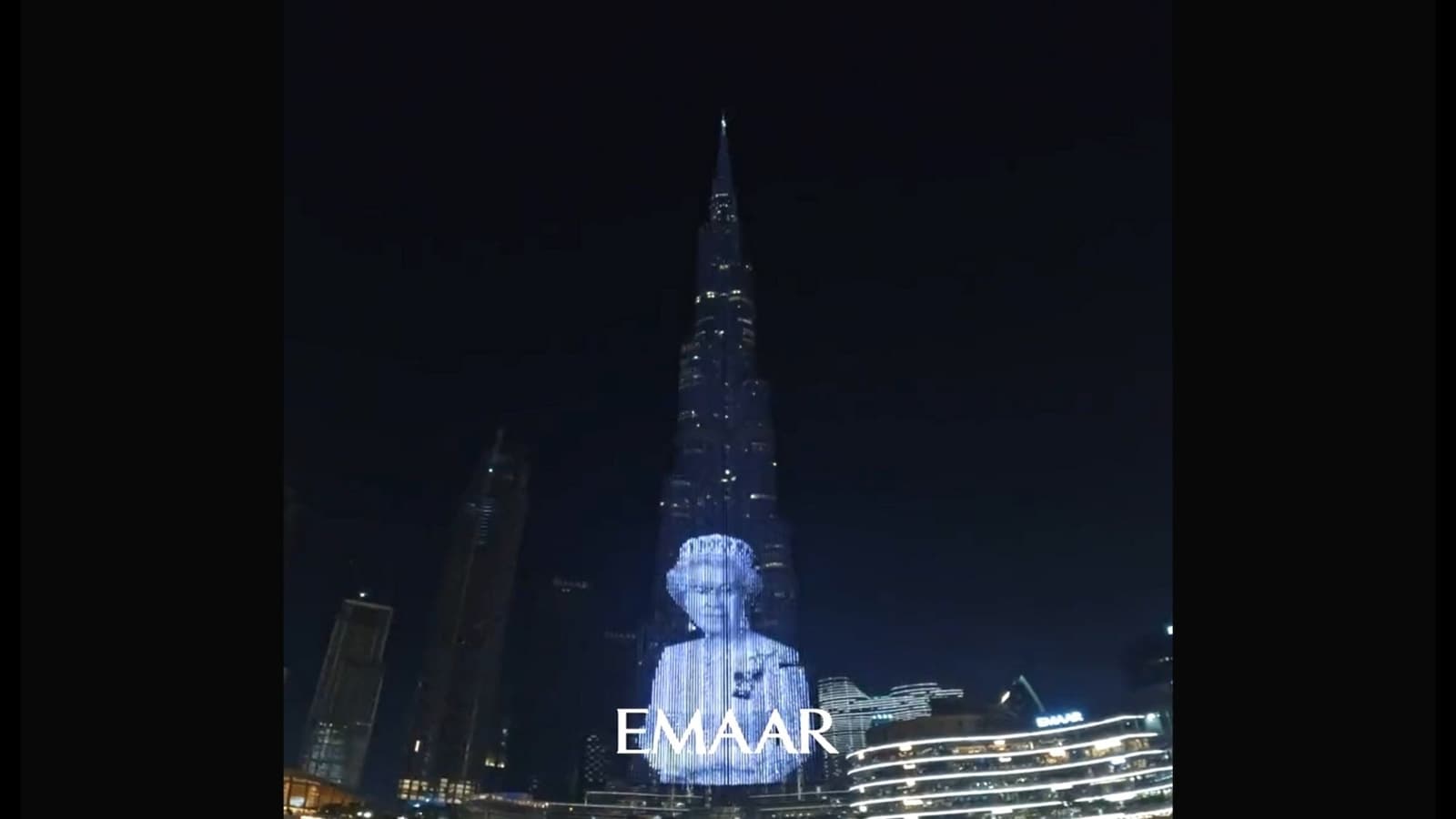 The iconic Burj Khalif in Dubai recently lit up to pay tribute to Queen Elizabeth II, Britain’s longest-reigning queen, who died on September 8 at the age of 96. Now, the video of the remarkable tribute is going viral on social media, and netizens can’t stop praising it.

The video was published by the official Twitter handle of Burj Khalifa, which has over 4.6 followers on the micro-blogging site. “Burj Khalifa lights up to extend our deepest condolences for the passing of her Majesty Queen Elizabeth II,” read the caption of the video shared on Twitter. The 21-second clip shows Burj Khalifa displaying the picture of Queen Elizabeth II followed by the United Kingdom’s flag.

Since being shared on September 11, the video has raked up more than 2.3 lakh views and nearly 1000 likes. It has also received more than 200 retweets and several comments from netizens who witnessed the remarkable tribute. Many also

“That’s first class. It really is,” expressed an individual. “Thank you for recognizing our Queen Elizabeth!” commented another. “Wonderful,” posted a third. “Thank you Burj Khalifa Greatly appreciated. Would this be repeated again… would love to head down there to video & send back to my UK family,” wrote a fourth.

Bride and groom have a dance-off, netizens adore her for dancing in heels. Watch