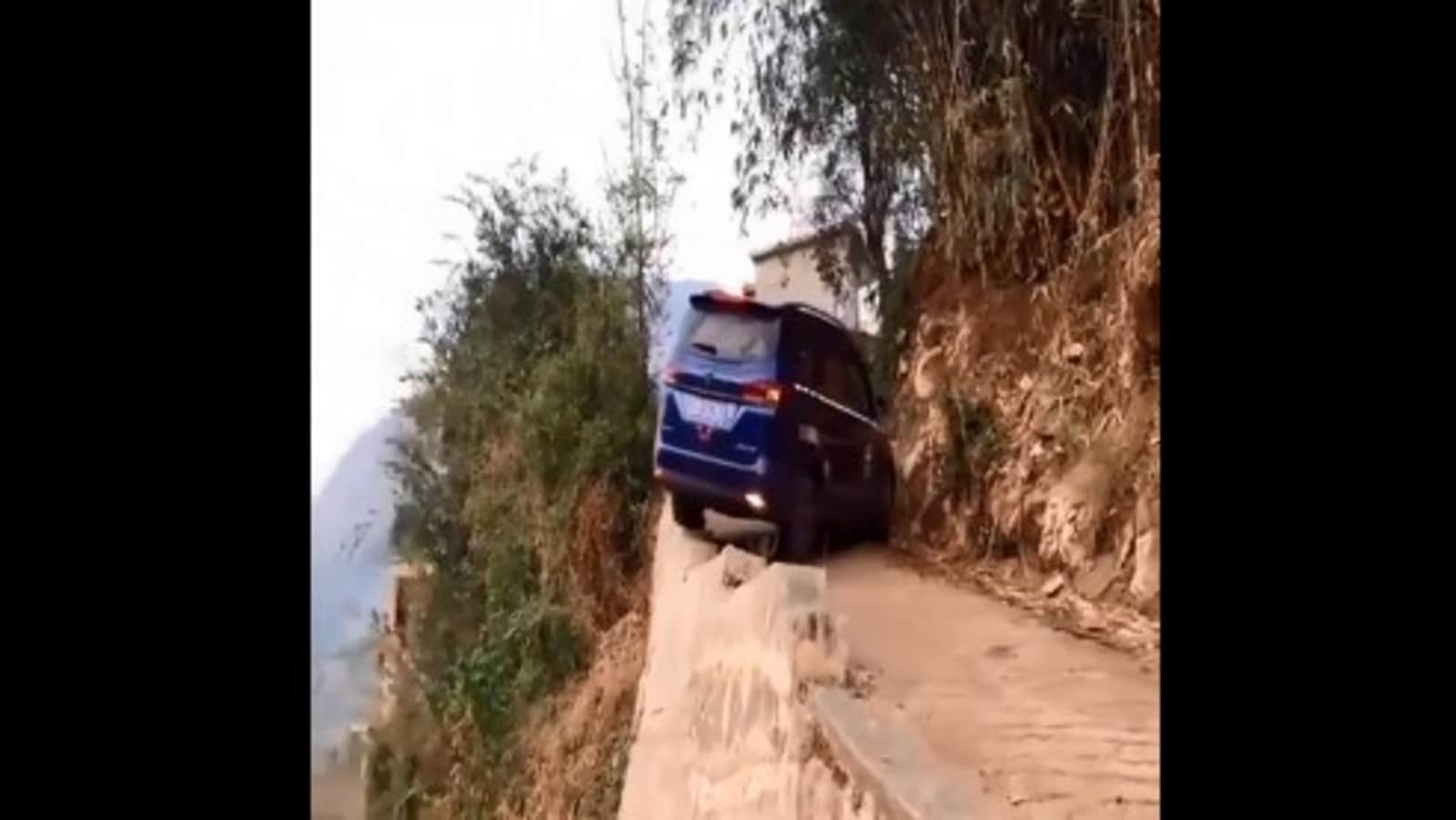 The viral video of the driver’s ‘impossible’ U-turn on a narrow road was posted on Twitter.

A nail-biting video of a driver performing what looks like an impossible U-turn has gone crazy viral online. The video of the tricky manoeuvre has intrigued many, including actor Raveena Tandon.

The video opens to show a car making a the scary turn on a very narrow lane. In the video, it appears that the driver is manoeuvring the car while on the edge of a cliff. The video, since being shared on Twitter recently, has racked up millions of views.

The clip was originally posted back in 2021 on the YouTube channel DrivingSkill. Another video, posted on the same channel, clarifies that though the driver showcased amazing skills, the car was never at the edge of the cliff. Instead, the feat was performed on the side of a very narrow street beneath which was another road.

“The perfect 80 point turn!” wrote the Twitter user while posting the video. Tandon re-shared the clip and wrote, “Whoooaaaaa!”.

Since being shared two days ago, the video has gathered more than 1.5 million views and the numbers are only increasing. The share has also prompted people to post various reactions.

“Gave me palpitations!” wrote a Twitter user. “Amazing,” posted another. “I couldn’t watch. The stress nearly killed me,” reacted a third.

What are your thoughts on the videos?

Disclaimer: The act may have been performed by professionals and should not be attempted.

Most IT pros are exhausted but there’s good news, too

Triller ‘Metaverz’ Platform With Virtual Spaces in the Metaverse Launched