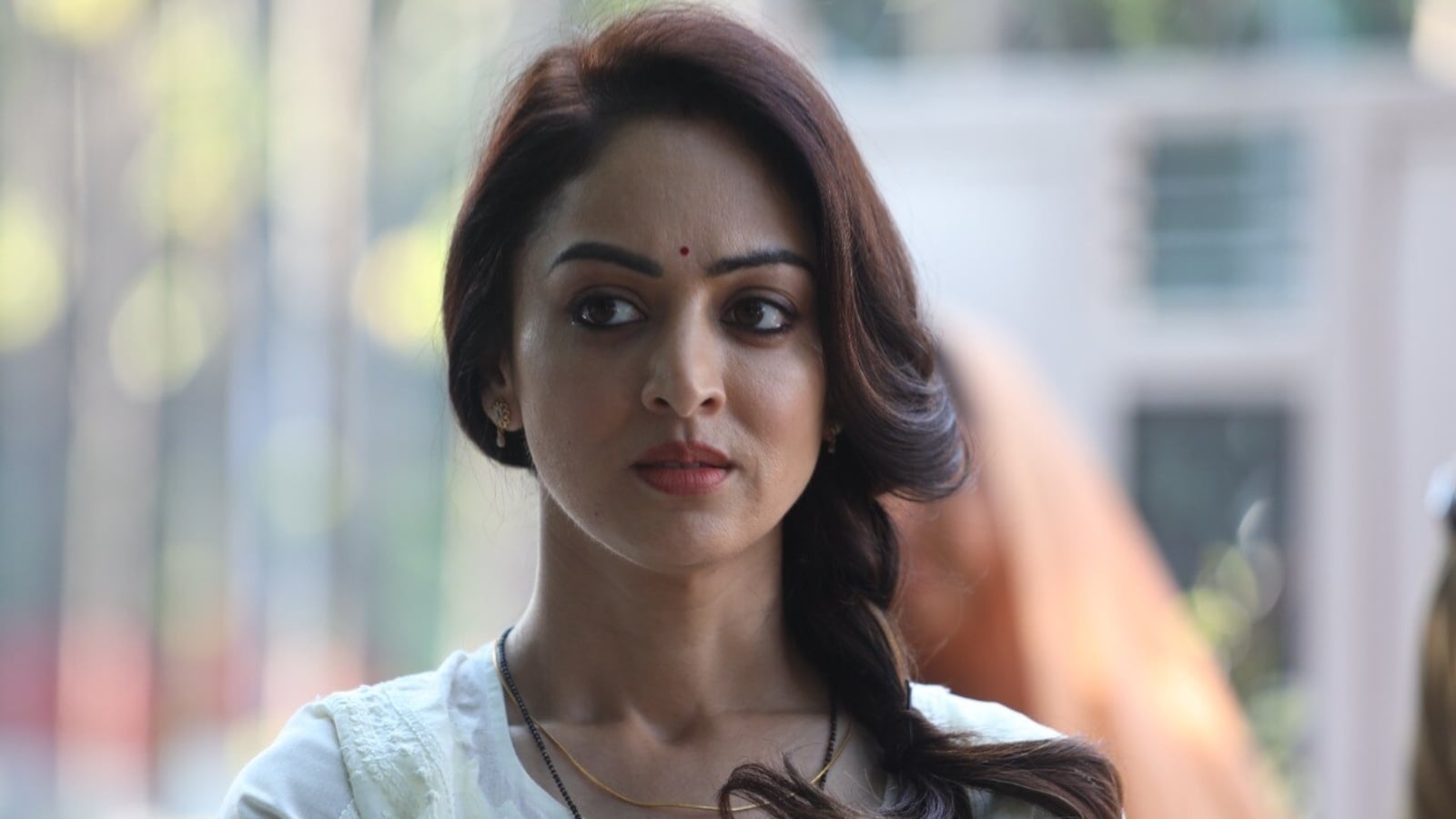 Imtiaz Ali’s new web series Dr Arora released last Friday. The dramedy stars Kumud Mishra as the titular character, a sexologist treating patients in three small towns in north and central India in the late-90s. Actor Sandeepa Dhar is part of the ensemble cast of the SonyLiv show and she spoke to Hindustan Times about her role, the apprehensions of taking up a show with such a taboo subject, and working with Imtiaz. Also read: Dr Arora- Gupt Rog Visheshagya review: Imtiaz Ali’s show with Kumud Mishra as a sexologist needs a lesson in sensitivity

In Dr Arora, Sandeepa plays Mithila Tomar aka Mithu, wife of Morena Police Superintendent who unfortunately suffers from premature ejaculation. Talking about whether she was apprehensive about being part of the show which tackles subjects normally considered taboo, she says, “I would have been apprehensive if Imtiaz was not attached. There is a certain amount of credibility that Imtiaz brings to the table. You know for a fact that it’s not going to be vulgar or cheap in any way because it has Imtiaz attaching his name to it. And I knew he had written it so I knew very well that I was in safe hands. There was no doubt about the quality of the project.”

She does add that she was surprised when she first heard the pitch for the show and that Imtiaz was writing it. “I was very intrigued because someone who is known for making love stories is making a show on something like this,” she says with a laugh.

Sandeepa adds that though people can feel uncomfortable with the show’s subject matter, normalising conversations about it is the show’s aim. She elaborates, “Yes, it is a subject that can make you yourself uncomfortable at times because you are not used to talking about such things with your parents and family. Yes, that apprehension could be there. But then, that’s what the intent of the show is–to remove it. We want to make it into a subject that any other medical issue. Until some tim ago, mental health was like that. Until you talk about it, you won’t be able to normalise it.”

Just how ‘under the rug’ this subject is something Sandeepa had realised long before she had signed the show. She recalls an incident from her childhood, “I did my schooling in Bangalore and in the winter vacations, we would visit our relatives in Delhi. The train journey would take two and a half days. As a child, you are curious about what’s outside. I used to see these walls painted with all these doctors’ names. Once I asked my dad why they are advertising this doctor on walls. At that time, my parents said, ‘you don’t need to know all this, you focus on your work’. You know how parents are.”

She mentions that there hasn’t been another show like this, which is true. Dr Arora tackles taboo subjects and presents them with a lens of comedy, without preaching. When asked that shows like these are only made today because of the existence of streaming platforms, Sandeepa says, “I am so glad that I am an actor at this point in time when the timing is bang on for a show like this. Even two years ago, when there was OTT, this may not have been received or accepted like it is today. I feel people are a little more open to the idea now. Full marks to platforms like SonyLiv for bringing relevant issues to the masses and greenlighting a project that could be controversial.”

The actor adds that the biggest challenge for her while playing her role was not the subject matter but the show’s setting and time. She shares, “It’s set in the 90s. I am not aware of the world of Morena in the 90s. I am aware of Delhi, Bangalore, and Bombay. So I had to understand that first. I had to get the body language of that small-town woman, which is completely different. But it’s kind of fun to mold yourself into another person.”

Russia Fines Google Over Not Taking Down Ukraine YouTube Videos

Learn how to make, mint and register an NFT for just $20: No experience necessary | ZDNet