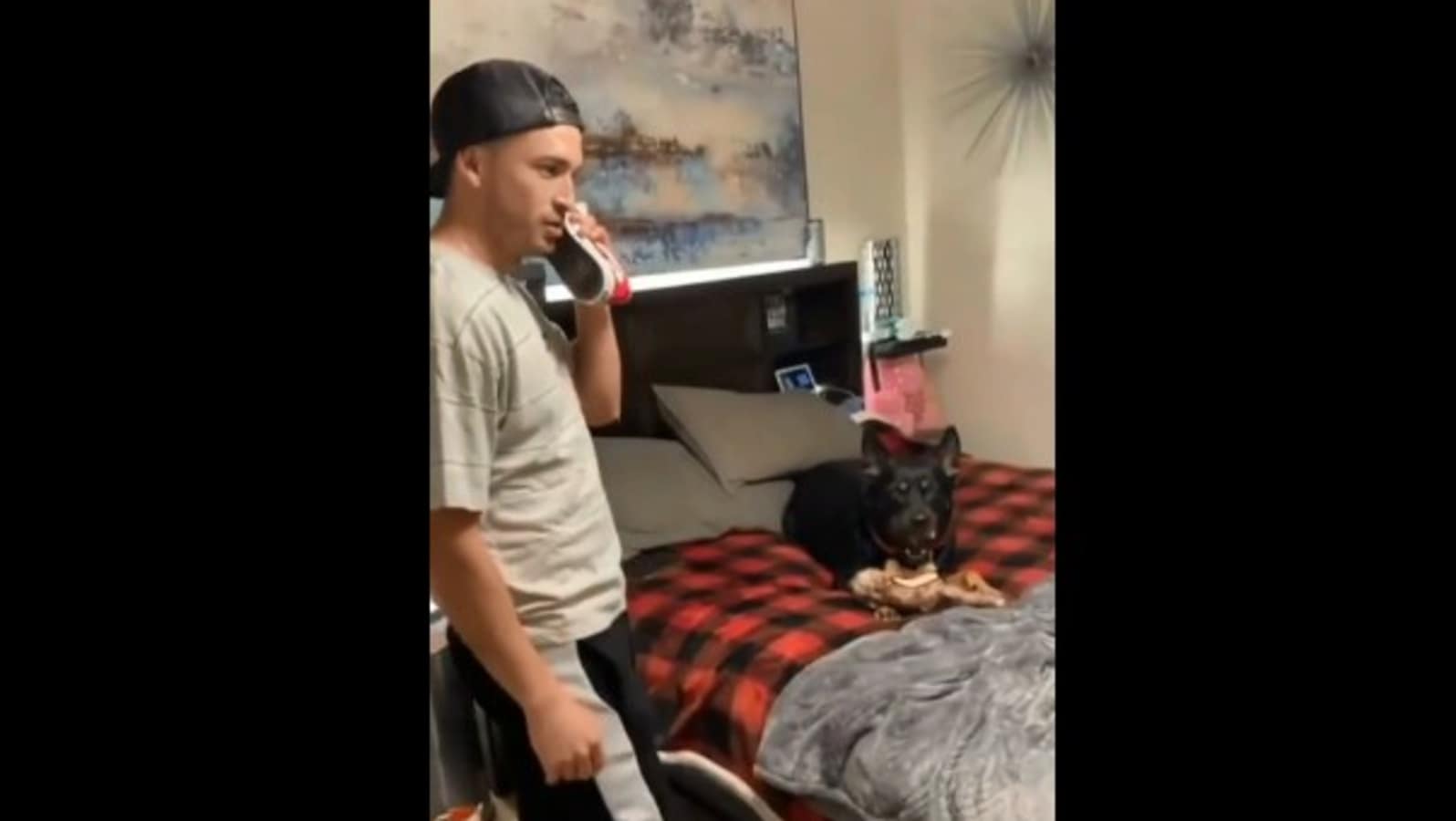 The video of the dog’s reaction to man pretending to talk to vet on phone prompted people to post varied replies.

The videos that show dogs reacting to their humans pretending to do certain activities are often absolutely hilarious to watch. Just like this video that shows how a dog reacts when its human pretends to call the vet. There is a chance that the video will leave you laughing out loud.

The video was originally posted on TikTok a few months ago. However, since being shared, it has been re-posted by many across various social media platforms. Just like this Reddit post that was shared with the caption “Dog really hates the vet.”

The video opens to show the man standing in front of the dog sitting on a bed. He then picks up his shoe and pretends to talk to vet. We won’t give away everything, so take a look at the video to see how the dog reacts.

The clip has been posted just six hours ago and since being shared, it has already accumulated more than 4,700 upvotes – and the numbers are quickly increasing. The share has also prompted people to post varied comments.

“My cat had to go to the emergency vet once, he stayed a couple days and the vet said later that he would growl at them even while he let them pet him, even his belly lol,” shared a Reddit user. “Maybe she’s trying to warn you that it isn’t phone,” joked another. “You hang up that shoe RIGHT NOW – doggo,” posted a third.